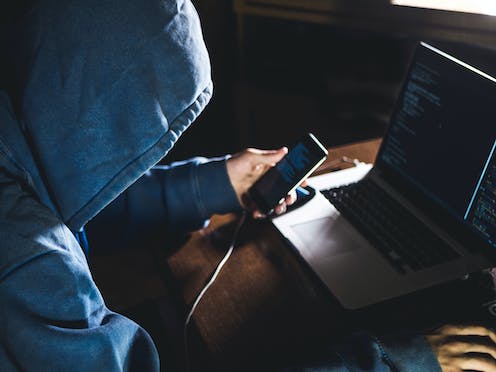 It is easy for those of us who have ignored emails from Nigerian princes or refused to transfer money on behalf of an online love interest to scroll past stories about scams, thinking it could never be us.

But so far this year, Australians have reported losing more than AU$76 million to all types of fraud, with phishing scams being the most prevalent. Given fraud has one of the lowest reporting rates, this is likely to be the tip of the iceberg.

From the outside, it’s difficult to understand how fraud occurs, and why some victims send large sums of money to offenders or take other drastic actions. It’s easy for a rational person to identify these situations as fraud.

Too often, we focus our attention on the culpability of victims in these situations. But it’s the offenders and their actions we should be focusing on. How exactly do fraudsters get victims to do such outlandish things?

In many cases, it’s a culmination of efforts that result in the victim sending money or complying with a fraudster’s request. Some offenders target specific victims and build a profile of them through online or offline tracking.

In other cases, the contact may start as random, but the fraudster will work hard to establish trust and build rapport.

There is research to support the concept of “hyperpersonal” relationships, or ones that are developed more intensely and quickly online compared to offline. Online communication lacks the non-verbal cues that could raise suspicions on the part of a victim.

Further, there is power in the written word. Several fraud victims I interviewed in my research told me they saved all their chat logs with their offenders from the first contact. Re-reading these conversations allows them to feel a deeper connection to the words – and the person sending them – compared to a verbal conversation.

By being persistent and patient with their contact, fraudsters raise few red flags when they ask a victim for money. Many victims come to believe the situation they are being presented with and the reason behind the request.

Online offenders are also able to identify a weakness or vulnerability in a person relatively quickly and decide on the appropriate strategy to exploit this.

The use of authority to gain trust and compliance is commonplace. Offenders will take on the identity of a person or organisation and use this to threaten victims into submitting to their requests. Fear can be a strong motivating factor.

This is why so many people fall for phishing emails, or those that appear in our inboxes from a bank or government organisation. These emails say there is a problem and threaten a negative consequence (such as the closure or freezing of a bank account) if their instructions are not followed.

A sense of authority has been clear in the recent scams targeting Chinese students in Melbourne who have been tricked into staging their own kidnappings. The victims receive calls from the Chinese “police” or some other authority and are told there is a problem with their visa, or that they have been involved in criminal activity.

In order to prove their innocence, the victims are asked to send money. Or, they are directed to stage their own kidnapping, with the intention of extorting money from their families. The threat of deportation and jail time are powerful motivators for victims, who genuinely fear for their safety.

The use of scarcity – the idea of a limited offer – is another successful technique of fraudsters. By implying their request has a limited timeframe for response, or that the promised reward is limited in availability, they compel people to respond.

Examples of scarcity are commonly seen with lottery scams and sales frauds. Earlier this year, for instance, Scamwatch reported that fraudsters were advertising pedigree breeds of puppies for sale, often demanding money up front to cover transport or medical costs. Victims were duped out of over AU$300,000 in a single year.

The use of psychological abuse tactics by online fraudsters also helps to explain why they have so much power over victims despite a lack of physical proximity.

Richard Tolman, a professor of social work at the University of Michigan, identified nine techniques of psychological abuse used by offenders in situations of domestic violence. In an exploratory study, my colleagues and I were able to apply many of these to the context of fraud.

Read more: Why we need to do more for the victims of online fraud and scams

In these cases, offenders employ abusive techniques in their communications to gain compliance at the beginning and maintain it throughout the fraud. In my research, several victims reported being verbally abused when they questioned the nature of the relationship or refused to send money.

Several victims felt the offenders were deliberately leading them to question themselves or their own judgement. This destabilisation is not exclusive to romance fraud and can allow offenders to exploit victims over long periods of time.

The pervasive nature of these tactics is difficult to guard against. Most people do not believe they are vulnerable to fraud and are not aware how they could be deceived. Offenders rely on this.

There is also a strong stigma attached to falling prey to scams. Victims are often blamed for their own circumstances and losses. This exacerbates the suffering they’ve experience at the hands of the offender.

It’s important to raise awareness of the pervasiveness of this type of fraud and the methods used by offenders to target victims. Promoting a culture in which we can openly talk about fraud without judgement or blame is critical to achieving this.

After all, offenders rely on the silence of victims most of all to continue committing these crimes. In order to break through the silence, we need a better understanding of the techniques they use and more work to identify successful countermeasures and prevention messages.