Drones were used in an alleged assassination attempt on Venezuelan President Nicolás Maduro earlier this month. This event reminds us of the dangers posed by remotely piloted aircraft systems (RPAS). It’s an extreme example of what can go wrong. But while drone technology is transforming industry for the better, it’s important to recognise the technology as a new kind of threat.

Australia once stood at the forefront of RPAS regulation, having drafted the first rules of use in the world. We now trail other jurisdictions – which have invested in research-led and evidence-based regulation – and we’re alarmingly misaligned with international best practice.

Read more: Should we fear the rise of drone assassins? Two experts debate

The Senate Rural and Regional Affairs and Transport References Committee released a report last month about the future of drones in Australia.

Anticipating the proliferation of drones with expanding capabilities, the report assesses the prospects of a viable drone industry which does not compromise aviation safety, security and privacy. It’s not a roadmap to open skies, but sets out the conditions on which any future drone policy must rest.

Regulation in Australia is inadequate

As governments across the globe become aware of the enormous potential economic benefit of drone technology, they are advancing regulations to integrate drones into the national airspace.

Drones are revolutionising entire industries: from photography and delivery services to construction, agriculture and infrastructure surveillance. At the same time, their capacity for very low-altitude flight, manoeuvrability, remote piloting and ability to collect vast amounts of data represent an unprecedented threat to privacy.

A man who used a drone to pick up a Bunnings sausage faced a A$9,000 fine.

Drones in Australia are regulated by the Civil Aviation Safety Authority (CASA), which is under-resourced and overworked. The Senate committee observed that in seeking to balance its role as the safety regulator with mindfulness of strangling a nascent industry at birth, CASA has arguably produced rules that flaunt due diligence.

To be fair, the regulation of rapidly evolving technology in any field is complex and unforgiving. As sophisticated products become available at lower prices, more players enter the market and the danger of advanced technology in untrained hands is multiplied. Proliferation means the regulator makes rules in an information vacuum. For example, we don’t know how many RPAS there are in Australia, who owns them, or where they are located.

Technical acceleration means that rules are based on assumptions that are rapidly overtaken by new realities. Unregistered machines capable of travelling at great speeds, altitude and distance from their operators, are able to be flown anywhere, by untrained and unlicensed operators, subject only to a set of standard operating conditions (SOCs). 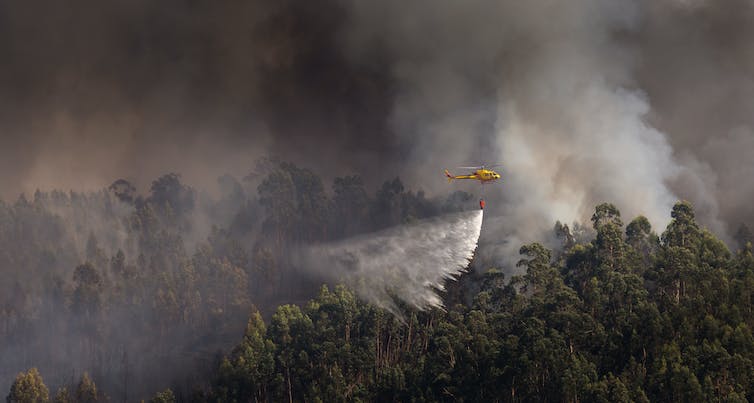 However, drones may pose dangers even when operators believe they are strictly adhering to SOCs. This is because, as witnesses to the Committee observed, operators frequently interpret the rules to mean that they may undertake unrestricted flights under 400ft (120mt). This is the same airspace regularly used by emergency helicopters, and where firefighting aircraft actively operate. A sustainable national aviation policy can no longer treat RPAS in isolation.

Recommendations focus on the present, not the future

The Committee is clearly of the view that basic safety standards must be in place before determining a pathway to normalise drone operations.

It has produced a set of 10 recommendations that reset RPAS policy by replacing the open availability of drones with a system of mandatory registration. Under such a system, operators would be required to demonstrate knowledge and skill before they could legally pilot RPAS.

Read more: Delivering packages with drones might be good for the environment

Some recommendations seek to avert looming catastrophes, such as the repeal of CASA’s deregulation of drones under 2kg. Others demonstrate a sharper awareness of the use of drones for evil, such as what occurred in Venezuela. To deal with this issue, the Committee recommends absolute prohibition over airspace near significant public buildings and critical infrastructure.

But there is no requirement to implement or explore some of the more technically advanced systems discussed during consultations.

Geo-fencing programs drones to make them incapable of being launched from, or flying into, restricted airspace. The technology may not yet be fully reliable, but it’s promising.

New forms of low altitude air traffic management designed specifically for drones, such as UTM and U Space while not ready for immediate implementation, have been trialled successfully.

And some existing and robust technologies, such as transponders, could provide the necessary aerial detect and avoid capabilities essential to avoid mid-air collisions, but have not been mandated.

A unified approach to the national airspace is essential

The report concludes that a disconnected approach to the RPAS industry is unsustainable. It is unrealistic to believe that delivering a safe operating environment as complex as the national airspace to realise the economic potential of a new technology lies with a single agency – CASA.

Read more: Your next pilot could be drone software

Taking a whole of government approach to drone regulation is an opportunity to determine a strategy for the medium- to long-term. Any rule making should also include both civil society and the private sector in the process. The report may not be a comprehensive road map for safely realising the potential of drones, but offers common sense strategic support for that vision.