By the 1970s Australian crime fiction was drifting.

The genre had a long history, back to convict days, when it dealt with unfair convictions and brutal treatments, most famously in Marcus Clarke’s For The Term Of His Natural Life (1870-2).

Being mostly published in London for the curiosity of the English, Australian crime fiction had followed European models, with some major success like Fergus Hume’s best-selling The Mystery of a Hansom Cab (1886), and the fine series of mysteries by post-second world war women writers June Wright, “Margot Neville”, Pat Flower and Pat Carlon. But local crime fiction was little publicised and had little impact – the books mostly came into libraries from London. 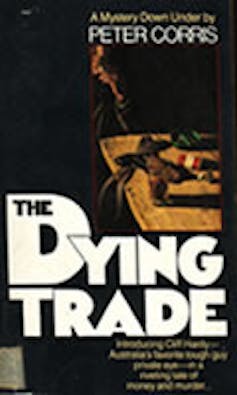 English business interests and Australian outlooks changed as time passed. Then, in 1980, Peter Corris’s The Dying Trade appeared, a crime story which was American in its influence, fully Australian in its spirit, and both published and strongly publicised at home. The novel was the first adventure of a tough, but at times sensitive, Sydney private eye with the wonderfully Australian name, offering both geography and morality, Cliff Hardy.

Published by McGraw Hill, an American company newly adventuring across the Pacific, the novel was very well-received, and started Peter’s own long series of fiction. But it was also the first of a very striking renaissance (or even naissance) in Australian crime writing.

Within ten years Marele Day, Jennifer Rowe and Claire McNab were producing their sharp variants of female detection. By 2000, major producers such as Gabrielle Lord, Gary Disher and the powerful Peter Temple, who also recently passed away, were busily at work. They were asserting that the mysteries of death and detection could have a distinctly local and socially investigative thrust - as Corris had established back in 1980. No wonder he has been named the “godfather” of modern Australian crime fiction. 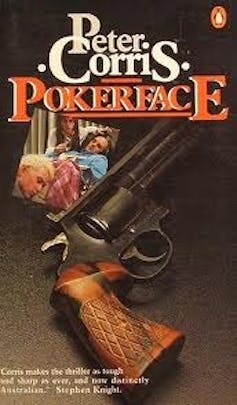 Goodreads Cliff Hardy, though tough in his name, could be subtle. He lives in Sydney’s Glebe; he spent some time at the nearby university; and is capable of close analysis when needed. His cases are brought to him, but, as the masters of the form Dashiell Hammett and Raymond Chandler established, the P.I. will also assert his privacy and make decisions about where his investigation is going to go. As with the major American writers, the primary themes of the Cliff Hardy novels are urban corruption. But Corris’s expertise in Pacific history informs his writing. The first novel involves Pacific misdoings. White Meat (1981) makes Indigenous themes important – which return strongly in The Black Prince (1998). Read more: True Blue? Crime fiction and Australia Like the detective of Peter Temple, who no doubt learnt both confidence and approach from Corris, Hardy shows how local malpractice can have its roots in national and international criminal evil. Though Australian crime writers have had very little success with the spy thriller, Corris’s Ray Crawley series - eight novels from Pokerface (1985) to The Vietnam Volunteer (2000) - are a capable version of the form. More remarkable is his eight-book “Browning” series, from Box Office Browning (1987) to Browning Without a Cause (1965). In the series, the popular investigator Browning (one wonders why Corris chose the name of the wry learned 19th century English poet) adventures in part comically around the world, meeting on his way his compatriot Errol Flynn. 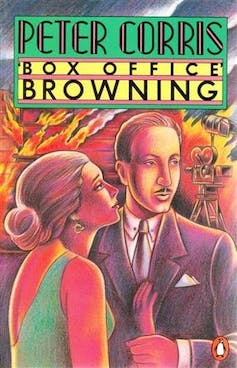 In the Browning series, journeyed around the world having misadventures with celebrities. Goodreads Corris also assented to the recent (and internationally very late) male Australian crime-writer engagement with police detectives – some of his leanest and sharpest novels are the three in the Luke Dunlop series about an undercover police agent, from Set-Up (1992) to Get Even (1994). At first an academic historian, in the 1970s Corris became the literary editor of the much-regretted serious weekend newspaper The National Times. He had a wide range of knowledge and interests. But what Corris will be most remembered for, and what he kept flowing in novels — and also in a number of short stories - were the adventures of Cliff Hardy. Cliff was drinking and chasing women a lot back in 1980. He calmed down in both departments, but kept at his investigations of corruption and malpractice, both business-oriented and personal. Through his hero, with his physical and moral echt-Australian name Cliff Hardy, and through his lucid, calm plotting, Corris has matched Raymond Chandler in the modern world’s dominant crime form. Both citified and individualist, the private eye story at its best demands personal, deep referential knowledge of the author – and calm stylistic skills. We have seen all this in the Hardy novels. At the very end of Corris’s last Hardy novel, Win, Lose or Draw (2017) – in Australia, sport is always there – Hardy is smiling. So should his creator have been. With Hardy, he made a richly entertaining, very widely-admired, genuinely, lastingly, Australian international crime fiction hero.