Sex education has long been source of anxiety for parents, especially those with strong religious beliefs. Many parents want to ensure the curriculum doesn’t undermine their moral and religious views. But does that conflict with the student’s right to information about sexual health? What topics should be covered? When?

On Monday, Prime Minister Scott Morrison expressed the fears of many parents when he told 2GB’s Alan Jones he sent his two daughters to private school because:

I don’t want the values of others being imposed on my children in my school and I don’t think that should be happening in a public school or a private school.

He added the Victorian program Building Respectful Relationships, aimed at reducing gender-based violence, made his “skin curl”. The program contains a scenario involving a 17-year-old bisexual woman who has had 15 sexual partners, which Morrison said doesn’t meet his “values”. 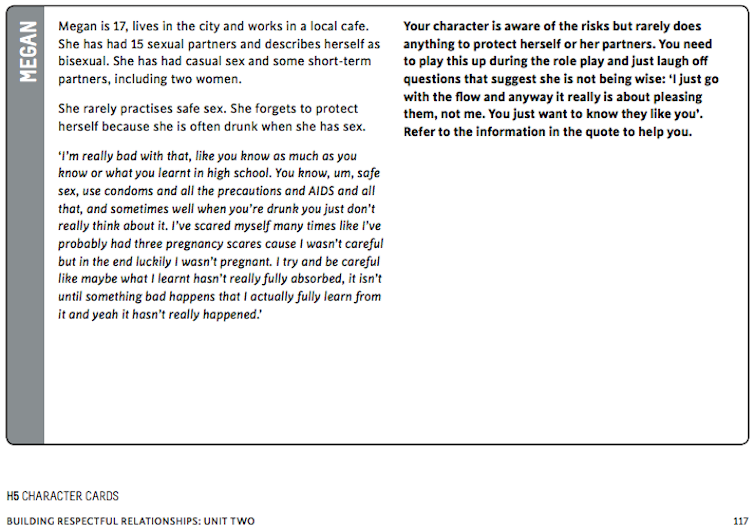 While we should defend Morrison’s right to seek education for his children consistent with his values, the comments raise questions about how he will support LGBTIQ+ communities in his role as Prime Minister. It’s reasonable to not want others to impose their values on his kids. Equally, it would be unwise if he were to attempt to impose his values on others by limiting sex education to what he deems acceptable.

A historical view of sex, gender and religion

Discussions of sexuality have in the past led to calls for protection of freedom of religion from church leaders. But their views are not necessarily reflected in the views of church members, or those who run their schools, agencies or hospitals. This was made clear, for example, in the vote for marriage equality. Many people in churches supported same sex marriage.

Read more: To Christians arguing 'no' on marriage equality: the Bible is not decisive

Christianity has a historically negative view about sex. When it came to sex and gender, Christianity and later Islam adopted Greco-Roman philosophical traditions. Aristotle, another Greco-Roman philosopher, was firmly binary and patriarchal and saw the primary purpose of sex to be procreation rather than the enjoyment and bonding of a loving couple.

How traditional views of sex manifest

This starting point can be seen in the discourse around same-sex marriage, contraception, abortion and sexuality education. For example, you may remember this concerned-mums ad from the lead up to the Same Sex Marriage postal survey from the Australian Christian Lobby:

The issues raised in policy debates around freedom of religion don’t usually centre on forms of worship, or even belief. Rather, they’re usually centred on the public expression of faith and the enforcement of norms that are not shared by a majority of Australians, or are, in fact, against Australian laws.

This includes, for example, the “right” to express very negative views about LGBTIQ people and other religions, views claimed to be grounded in or central to their faith. Some claim the right to discriminate in hiring personnel in schools and social service agencies on the basis of gender, sexuality, marital status, and religion.

This also includes debates about whether bakers can refuse to bake cakes for and churches can refuse to marry same sex couples based on religious grounds.

Young people, when asked in our recent nationally representative survey, want information about sex, sexuality and gender diversity. They are familiar and comfortable with these matters.

A small percentage (about 10%) are not comfortable with these topics. These survey findings were corroborated in nationwide focus group discussions and follow-up interviews.

How do we balance quality sex-ed with religious freedom?

The basic question is how to recognise and permit minority religious expressions, such as Morrison’s, while respecting the dignity and rights of all Australians. Who needs protection from whom or what?

These are not easy issues to resolve. The Australian approach to satisfying religious and values diversity has been offering a diversity of schools with a diversity of ideologies for people to choose from. But when it comes to policies that affect all Australians’ access to education, employment, health and other services – let alone basic respect and dignity – we have a way to go to ensure the needs of all are respected and served.

Yes, parents have the right to select schools whose ideology fits theirs. But at a national level, we need to respect the very real diversities that exist and provide inclusive approaches to sex and sexuality education for the sake of public health (in terms of reducing unwanted pregnancy, sexually transmitted infections and youth suicide), and because young Australians are asking for this kind of information.

This is need to accommodate minority religious views, but it’s important to make sure those views doesn’t unduly curtail the sex and sexuality education offered to everyone.