For many people there is something irresistible about chocolate. But in the hungry rush to make it part of our bodies there is a missed opportunity to meditate on the different gestural experiences chocolate affords.

We take it for granted that chocolate commonly comes to us in bars – that stereotypical industrial form. But prior to the colonial project and the industrial revolution, the idea of eating chocolate in a bar would have seemed like a radical idea. In Mayan and Aztec cultures, where chocolate was part of the culture for a much longer time, it was consumed in liquid form.

Read more: KitKat lost its trade mark case: what you need to know

In addition to being pleasurable to eat, chocolate bars are designed to be handled in particular ways. Take the KitKat for example, which has been the focus of a recent trademark protections lawsuit. What do you do with a KitKat before you eat it?

You know the slogan: “Have a break, have a Kitkat.” KitKats are made for breaking. They are not unique in this sense. Cadbury Dairy Milk, Galaxy, Hersheys, Green & Black’s and Toblerone all feature bars with individual little segments that make them easier to break.

But KitKat, as its trademarked slogan testifies, and to a lesser extent Toblerone, have really made a thing of the break – and the poetic possibilities it has in the broader experience of the chocolate.

In 2002, Nestlé applied in the European Union to protect the the four-finger shape associated with KitKat. In July, it lost the case on the basis that consumers don’t primarily rely on this element to distinguish KitKat from other products.

The judge argued that the logo used on the packaging and imprinted on the chocolate were more prominent indicators.

Commentary on the case so far has emphasised the difficulty of protecting shapes under trademark, and the extent to which the form of the chocolate or the symbolic elements are more direct identifying markers.

Read more: Who owns your tattoo? Maybe not you

But something is missed when interpreting a product as either form or as symbol. The experience of a product is also significantly informed by the way specific shapes or forms constrain and invite certain actions.

The concept of “affordances” is used by product designers to capture this sense that an object seems to call for certain kinds of use.

Affordances are the action potentials of different forms: a chair affords sitting, standing, and sometimes stacking. A handle affords holding, a button pressing, and so on.

The concept is meant to be a happy compromise between deterministic notions of form and function, which emphasise the power of objects or technology over human action, and social constructionist approaches, which emphasise the influence of specific histories, socio-cultural factors and differing human abilities.

Chocolate bars are mass produced with the help of moulds into which the warm liquid chocolate is poured, and then left to cool and later packed. These moulds are manufactured according to very precise information such as the dimensions of the bar and its surface texture, which is derived from the design of the chocolate bar. 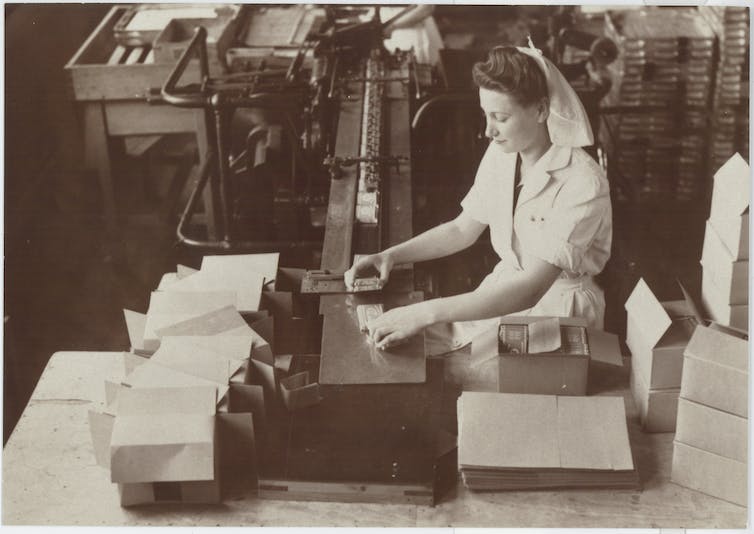 Designers will consider many aspects ranging from the obvious, such as the overall shape and desired surface texture, to more subtle aspects, such as the manual interaction of breaking off a segment.

The affordance of notches and grooves is derived from the widely shared understanding that if something is considerably thinner in one place than another, it is more likely to break at the thinner place. Chocolate bar manufacturers have been using this affordance for over a century.

But the designers at KitKat and Tobelerone have taken this one step further. They’ve been attempting to allow their chocolate bars to speak to consumers through the affordance of breaking.

There is a multitude of material available online aimed at constructing the relationship between form, affordance, and perhaps most importantly, the experience of eating these chocolates.

The ambiguous role of affordances with regard to trademark law is in tension with the important role they can play in articulating brand identity and the experience of a product. Much blood is spilt in court as a result.

The meaning of a brand

But none of this is to say KitKat should have won the case. The popular Norwegian chocolate Kvikk Lunsj (Norwegian for “Quick Lunch”) is almost exactly the same shape.

Interestingly, while the breaking affordance is present in some of their advertising, they don’t make use of it in their branding, preferring the slogan “Tursjokoladen” – which means “the hiking or trekking chocolate”.

Read more: Which type of chocolate is best for your health? Here's the science

The lesson here is that while important, affordances aren’t necessarily the primary determinants of meaning in the experience of a brand. They can be amplified, distorted and muted to varying degrees when combined with other media.

Nonetheless, there’s a gaping hole in the vocabulary if concepts like affordances, which emphasise the dynamic interaction between objects and action, are missing from discussions about what products mean.