Have you clicked through to this article from your news feed? Are you checking it on your phone? More of us are consuming news online, and increasingly we’re turning to social media for news. Social media platforms are now the main source of news for Australians aged 18 to 24.

The Digital News Report: Australia 2018 shows while Australians’ trust in the media has risen overall, when it comes to online news, 65% of Australians are still concerned about what’s real and what isn’t.

Less than one-quarter of those surveyed said they trusted social media as a source of news. A Roy Morgan poll also found nearly half of young Australians (47%) distrust social media.

Despite the issues with trust, news media is a critical part of keeping up to date and informed for most Australians – particularly young people. It’s crucial we better empower young people to understand our ever-shifting media landscape. This is central to the health of our democracy.

Recent studies show young Australians are not confident about spotting false news online. We surveyed 97 primary and secondary school teachers across Catholic, independent and state schools in Tasmania about how they understand the role of contemporary media in the classroom and the challenges they face. 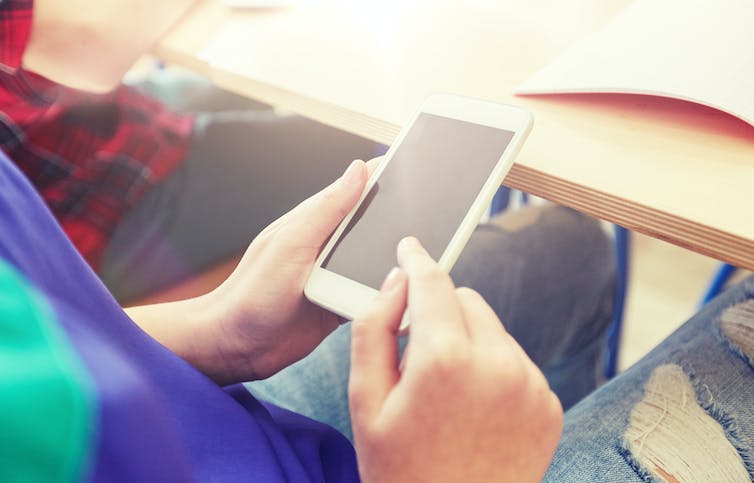 Young Australians are not confident in spotting false news. www.shutterstock.com

The data from this research identifies the need for more dedicated curricula, professional development and resources to boost critical thinking about media, in and beyond the classroom. In 2017, just one in five young people said they’d received lessons at school in the past year to help them work out if news stories were true and could be trusted.

Why the mistrust of the media?

Many teachers, particularly those at the secondary level, are deeply worried about students’ reliance on digital and mobile media for news.

The concerns about editorial independence and editorial quality raised by Nine Entertainment’s takeover of Fairfax Media has added to the complexity at national and local levels. There are concerns about the implications for investigative journalism and the future of 160 community, regional, rural and suburban publications in Australia and New Zealand. These concerns centre around a potential lack of media diversity in regional and local areas.

Data from more than 50 million Facebook users was harvested without their consent or knowledge. There are also growing fears about where artificial intelligence on our social networks will take us next. Our verification skills are being constantly tested by new video and audio trickery.

Given the complexity of misinformation and low levels of public trust, we need to to equip people of all ages to navigate the news. To design better ways of helping all citizens, media organisations, academics and educators need to collaborate more deeply on the issue.

The teachers in our survey were predominantly aged over 35 and tended to trust traditional media such as the ABC, local newspapers, TV and radio.

Teachers report a lack of contemporary teaching resources at their disposal to adequately transform ideas about media literacy into tangible, practical activities. This hinders their ability to truly incorporate media literacy into the classroom. They’re also concerned about students’ increasing reliance on social media to access information. 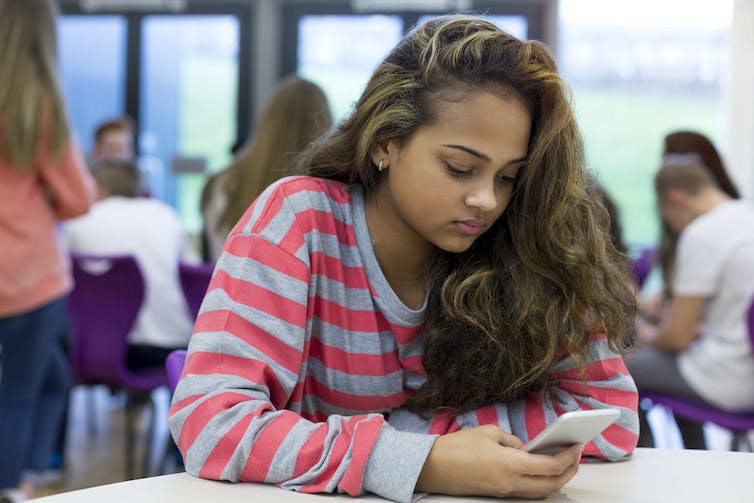 There appears to be a growing divergence between the practices of teachers and the young people they guide. It’s critical to address how we mediate the gap between the media consumption practices of teachers and young people to ensure a common ground on which to build. Children, teenagers and teachers deserve creative and engaging ways of sifting fact from fiction, with more practical support from their schools and community.

Resources that could be provided in classrooms to boost media literacy include:

These could give young people insight into the mechanisms of media production, while empowering them to make decisions about what they consume outside the classroom. While resources such as these would be useful for teachers and students, teachers have pointed to the need for in-person and virtual professional development sessions to provide them with strategies and resources for teaching media literacy.

What media and social media organisations can do

As social media is central to how people access news, transparency from platforms and newsrooms is an important way to build trust (or in Facebook’s case, attempt to claw it back). As well as Facebook and Twitter supporting academic research, Facebook recently lifted the veil of secrecy on its news feed algorithm and how its engineering and product teams are tackling the complexity of fighting false news.

But the need for transparency doesn’t stop with international platforms. Australian journalists, while serving as honest and reliable distributors of news, need to become more involved with new ways of helping citizens develop the necessary skills to identify quality information. The emergence of fact-check outlets such as The Conversation and RMIT-ABC Factcheck are a step in the right direction.

Read more: How should you read unnamed sources and leaks?

One way to broaden the conversation about media literacy is for news outlets to think about building transparency of practice. The Australian’s Behind the Media podcast and ABC Backstory rise to this challenge by providing insight into the journalistic process. Demystifying the process can lead to greater insight into how to check sources and information, which are good skills for all ages.

The concept of media literacy is being approached in new ways at the school level, in the journalism industry and in the community. It’s increasingly viewed by researchers to be one of the best weapons against false news, which in turn provides knowledgeable citizens with a toolkit to bypass incorrect or misleading content.

This article is based on a national conference hosted by the ABC and the University of Tasmania. Navigating the News focuses on transparency and trust in news and media literacy and involves media, academia, educators and youth. You can watch segments from the conference on iView.