There is currently no consistent standard of sex, sexuality, gender and respectful relationships education across Australian schools. Each state and territory makes decisions about what they teach in schools. Additionally, religious schools have exemptions under anti-discrimination laws to decide how they approach these issues, and whether they include them at all.

Despite the gains made in the marriage equality debate, Australia has been unable to translate this into inclusive sex and sexuality education for young people. While countries such as England and Canada are adopting progressive, consistent sex education programs at a national level, Australia has not.

The federal Department of Education is spending A$5 million to develop resources to teach respectful relationships in Australian schools. According to one news report, these resources will not include topics on toxic masculinity, gender theory or case studies about young people’s sexual activity. This project is a part of the women’s safety package announced in 2015 by the Turnbull government, which seeks to educate young people about violence against women.

The federal government is quietly trying to distance these resources from Victoria’s Respectful Relationships program, which has been criticised by some conservative commentators. Politics aside, there is an urgent need for these resources. Gendered violence against women and LGBTIQ people is too common in Australia.

Only a few years ago, Australia was very close to having a standard national resource for sex, sexuality and relationships education – the Safe Schools program. Its creators aspired to consistency across all state and territory educational jurisdictions in Australia, in line with the nationally consistent Australian Curriculum. 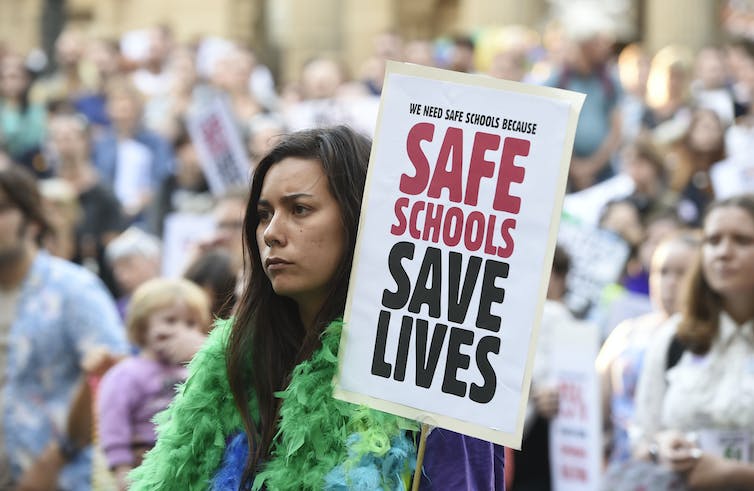 The Safe Schools program has been defunded by the federal government. Mal Fairclough/AAP

Safe Schools was designed as an evidence-based, educational anti-bullying program. The program had LGBTIQ inclusion at its core, and sought to create safe and inclusive environments for LGBTIQ students. Resources used to help deliver the program were developed by experts and carefully selected to ensure they were age-appropriate for the students using them.

Safe Schools has been replaced by an eclectic mix of programs, which vary from state to state. As a result, Australia has an inconsistent approach across state education systems.

In Victoria, the Building Respectful Relationships program has been trialled and instituted. The program contains strong messages of healthy relationships, violence prevention and control, which young people can relate to, regardless of their situation. The program has received criticism claiming it’s simply a repackaged version of the Safe Schools program.

At the federal level, funding has been confirmed to make the John Howard-inspired school chaplain program permanent. The School Chaplaincy program is intended to support the social, emotional and spiritual well-being of school communities across Australia. This may include support and guidance about ethics, values, relationships and spiritual issues.

Scott Morrison has made a number of comments about LGBTIQ issues in his short time as Prime Minister. Morrison said schools don’t need “gender whisperers”, referring to an article which stated teachers were being taught how to spot potentially transgender students.

It has since been clarified teachers were being trained on how to support students if they identify as transgender, not to identify potentially transgender students.

Morrison has also brushed aside concerns about gay conversion therapy, and publicly stated he sends his children to a religious schools to avoid “skin curling” discussions about gender diversity and sexuality.

Other members of the Coalition have publicly echoed similar beliefs, including Tony Abbott and Tasmanian Liberal senator Eric Abetz who actively spoke out against voting “yes” in the same-sex marriage plebiscite for fear it would lead to a “radical sex education program for schools”.

A strong case for sexuality, gender and sex education

Gender and sexual diversity are part of the rich multicultural landscape of contemporary Australian society. But research indicates there’s significant cause for concern about gender-based violence and family violence. Education about respectful relationships was identified as a key way to combat this in the Royal Commission into Family Violence.

Likewise, current research about young people and sex, sexuality and gender diversity is alarming. There are still high levels of mental health issues (such as depression, anxiety, self-harm, and suicide) among LGBTIQ young people as a result of bullying, discrimination, and harassment at school and in the wider community.

The data indicate increasingly high rates of sexually transmitted infections (STIs) among young people are also a significant concern. Rates of chlamydia and gonorrhoea diagnoses in Australia are highest amongst people aged 15-24 years. 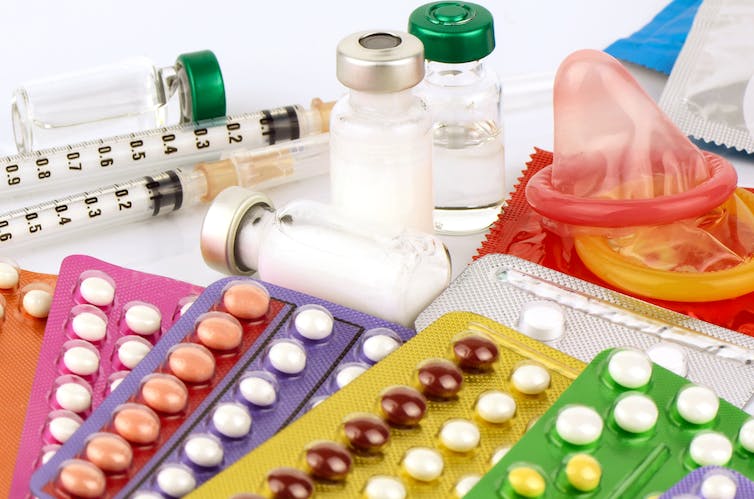 Regardless of sexual orientation or gender identity, research indicates young people need to be reliably informed about safe sex. The ramifications of not doing so are far too significant. Research shows school-based sexuality education improves sexual health outcomes for young people.

Sex, sexuality, respectful relationships, and gender all need to be discussed in schools as a component of a whole-school approach. This should not only include in-class education, but it should also be addressed in school cultures, policies and procedures, and in gender equity among the staff.

This is important because we need safe, inclusive schools that celebrate diversity. It’s also important to raise awareness among young people to mitigate family, domestic and sexual violence.