Imagine your grandfather was interviewed about his life, over many hours, some 80 years ago. Everything he says is written down, enough to fill more than 20 notebooks.

You’ve heard that those notebooks hold stories of your grandparents and their grandparents. Stories they would tell as they sat around a fire in the winter, by a river in summer. There are stories about the sports they played, the food they ate, their spirituality, how they celebrated important events. Stories about their songs, dances, artworks. Stories of the events that shaped them, many of which play out even now.

Then you learn that the wife of the person who wrote down your grandfather’s stories has locked the notebooks away. You and your family are not allowed to read them.

This is how it is for a number of Aboriginal people today, among them 81-year-old Vincent (Vince) Copley senior, co-author of this article.

Between 1939 and 1944, Vince Copley’s grandfather, Ngadjuri man Barney Waria, provided information about his people and culture to anthropologist-in-training Ronald Berndt. When Berndt died in 1990, 45 years and an illustrious career later, he’d published only one significant article about Barney Waria and the Ngadjuri people.

Four years after his death, Berndt’s wife and fellow anthropologist Catherine Berndt died. Her will, written in 1993 and following her husband’s wishes, stipulated a 30-year embargo on a subset of their extensive collection of papers. This embargo included the Barney Waria notebooks. As it stands, the embargoed material - stored in the Berndt Museum at the University of Western Australia - will not be accessible until 2024.

Vince Copley hopes to see these notebooks before he dies. He would like to be able to read them with his adult children, to give them a fuller picture of their Ngadjuri ancestry. He hopes they may trigger his own memories of his father’s side of the family. 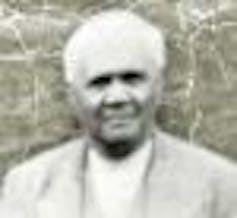 Barney Waria was born in 1873 at Orroroo, on Ngadjuri Country in the mid-north of South Australia. He died in 1948. As far as is known, he was the last initiated Ngadjuri man. Vince’s father Frederick Warrior - the name was anglicised at some stage - was the eldest son of Barney. He died in an accident in 1938 when he was 30 and Vince was a baby.

Between 1936 and 1944, Barney Waria worked with three anthropologists: Norman Tindale, Charles Mountford, and Ronald Berndt. Berndt was in his early 20s when he met Waria for the first time, around 1939. 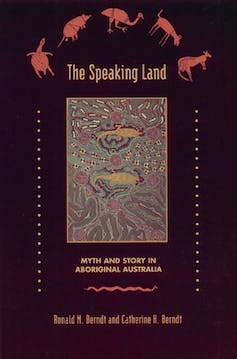 Over his lifetime, Berndt published 35 books and many articles. When he met Waria, however, he was just starting his anthropology studies. They met either at Berndt’s father’s house at Rose Park or at Light Square, in the Adelaide city centre, a gathering place for Aboriginal people from many different language groups.

In either 1942 or 1944, Berndt took the older Aboriginal man to visit the Aboriginal collection at the South Australian Museum. As they walked past the exhibits, Waria pointed out artefacts that were familiar. Berndt writes that at one point, Waria stopped and opened his arms wide as if to embrace the gallery of objects. Waria said:

It’s wonderful that we can look at all these things and know their meanings, wonderful to think of the power and the songs and the ritual associated with them, to think about all that has gone. But what they were lives only in the minds of a few of us!

It’s not clear what to make of Waria’s words, as he would have intended them. Lament? Pragmatic acceptance of a new reality? Something else?

What is clear, however, is that Waria was conscious that important Aboriginal cultural knowledge was disappearing. It is our view that he chose to work with anthropologists as one way of preserving that knowledge for his descendents. Much of Waria’s knowledge was recorded in Ronald Berndt’s field notes.

In the late 1950s, the Berndts moved to Perth, taking up senior roles at the University of Western Australia. In 1976 they founded an anthropology museum to hold their extensive collection of material. In 1992, after Ronald’s death, it was renamed the Berndt Museum.

Anthropologist John Stanton is the literary executor of Ronald and Catherine Berndt’s estate. Now retired, he was the couple’s protégé, and worked with them for many years. He became a curator of the Berndt Museum, and then director from 1980 to 2013. He remains on the Committee of the Professor Ronald M. and Dr Catherine Berndt Research Foundation.

Stanton says that neither Catherine nor Ronald Berndt trusted Australian governments to support Aboriginal interests. Thus the embargo on Berndt’s notes - placed during the time of the Mabo case and the eventual 1992 ruling that recognised native title - was a result of their concern that their material could be misused by a government.

In the pre-Mabo era, the embargo on Berndt’s field notes would have been viewed as a purely personal decision. It would not have crossed people’s minds to consult with Aboriginal people. Also, Ngadjuri people had been removed from their lands as a result of colonisation. At that time they were not widely recognised as an identifiable language group.

Today, universities actively pursue decolonised approaches. At the very least, they work in partnership with Indigenous people. Often, their work supports Indigenous self-determination. Within the academy, it is increasingly accepted that field notes should be available to the descendants of the fieldworker’s Indigenous teachers.

Stanton has confirmed that the notebooks containing Barney Waria’s interviews have been read by people outside the Berndt Museum on only two occasions. Both times, access was subject to South Australia Supreme Court writs. The first was during the controversy over the Hindmarsh Island Bridge which concerned the Ngarrindjeri people. The second was by an anthropologist from the South Australian Native Title Service in response to a Ngadjuri native title claim in 2011.

At present, native title claims are the only avenue for Aboriginal people to try to access the embargoed material. However, this is a flawed process. Families seek to find as many of the missing pieces of their traditional languages and cultures as they can. These cultural reasons tend to get lost in complicated and often combative legal processes.

Ronald Berndt may have decided it was best to avoid these confrontations by imposing the embargo. However, the descendants of the people whose lives and culture he documented have much more at stake than he did.

Vince Copley contacted Stanton in November 2017 - a colleague emailed on his behalf - because he’d heard a rumour that the embargo had been lifted. Stanton emailed back saying he’d retired and a new associate director, Dr Vanessa Russ, was in charge. He acknowledged the difficulties for families, saying he was sorry that “we have been so hamstrung by Catherine Berndt’s will.” 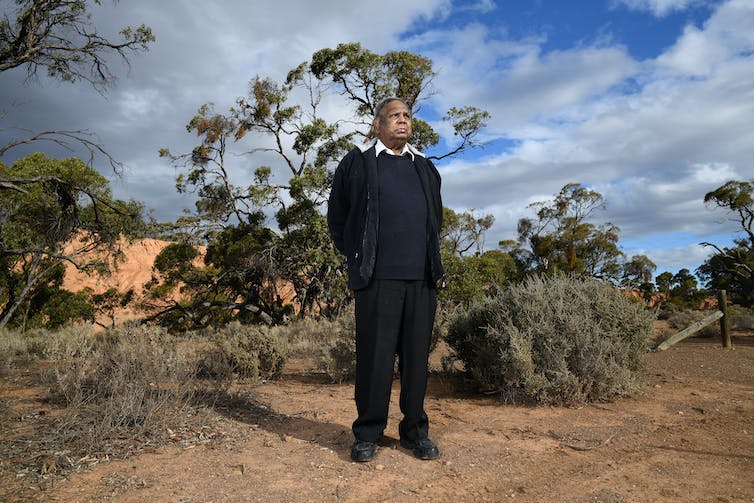 In recent email correspondence, Russ, an academic, artist and Ngarinyin/Gija woman from the Kimberley, has confirmed that the embargo continues. The university, she says, accepted the donations made by Berndt in their entirety, to secure the material for future generations, and has been working to conserve and share these collections. “Unfortunately this has included an embargo on the field notebooks. We acknowledge that we would therefore be breaking the law if we contravened the terms of the Will by providing access before 2024, but that this has caused some distress to Elders.”

The university, she says, is striving to ensure that future consultation will take into account all individuals and communities who through their heirs and ancestors provided information to the Berndts, “in order to find the best process and procedure for future research and teaching with this material post 2024.”

Our position is that the Berndts were not solely the owners of the intellectual property in the field notes. It was jointed owned by Aboriginal Elders, such as Barney Waria. Consequently, the field notes are being unfairly withheld from their descendants.

Moreover, there is a further injustice behind the current situation, of which many Indigenous people are acutely aware. Academics achieve careers and financial security on the basis of Indigenous cultural knowledge. However, the Indigenous teachers who impart that specialist knowledge, and their descendants, receive meagre pickings.

The question of who owns this sort of material is slowly being resolved in this country. However, for people like Vince Copley senior and his family, a solution to the Berndt embargo seems an impossibly long way off.

What reasonable expectations did Barney Waria have when he decided to talk to Berndt? It is likely that these expectations were based on his previous experiences with Norman Tindale and Charles Mountford. Their notebooks are readily available in libraries and museums.

The current situation undermines trust between Indigenous people and anthropologists. If the knowledge you impart to a researcher is likely to be kept from your descendants, why share it? The Berndt example demonstrates that intellectual property can be appropriated as soon as it is written down.

It is time that the University of Western Australia re-assessed the legal basis for the embargo. For Vince Copley and other descendants of the people who shared their specialist knowledge with Berndt - whose stories and culture are locked away - time is running out.