ABC’s Four Corners coverage showing mistreatment of residents in Australia’s aged care facilities has led to much discussion about ideas to improve care. One proposal is to introduce ratings, which would provide a score reflecting the quality of residential aged care services.

Ratings have come up before in reports about aged care in Australia – in the 2004 “Hogan Review”, the Productivity Commission’s 2011 Caring for Older Australians inquiry and, most recently, in the 2017 Carnell-Paterson Review, which led to the government establishing a new Aged Care Quality and Safety Commission. These reports all refer to the ratings system used in England.

In the past, virtually all providers passed accreditation. This means it has been impossible to tell the difference between providers that excel and those that just scrape through.

Read more: We've had 20 aged care reviews in 20 years – will the royal commission be any different?

England has had two attempts at using ratings since 2004. The current system was introduced in 2014 by the Care Quality Commission (CQC) – the body responsible for inspecting care in nursing homes. During CQC inspections, each home is given a rating against five questions: is it safe, is it effective, is it responsive, it is caring and is it well led?

The four ratings are: outstanding, good, requires improvement, or inadequate. At the end of the inspection, the home is given an overall rating. Homes are legally required to display their ratings, both at the home’s location and on its website.

Recent research shows these ratings are a good indicator of how residents feel about their quality of life in the home. Unsurprisingly, homes with lower rates of staff turnover and fewer staff vacancies also tend to perform better.

So, what are the lessons for Australia?

Consumers don’t usually use ratings to find care. Choosing an aged care home is not like choosing a hotel or restaurant.

People looking for care are often in the middle of a crisis, such as the death of a partner or an unexpected stay in hospital. The older person is too unwell to make the decision themselves. All too often, families simply choose the closest home or settle for any home that has a place.

Ratings work mostly because they change the behaviour of care providers. When a previous system of ratings in England was abandoned in 2008, providers that had been sceptical of the ratings beforehand argued for their re-introduction.

People I interviewed for my research said this was because homes with the best ratings could negotiate better rates for care, and care home companies could use the ratings to set goals and targets for their staff.

Read more: Essential reading to get your head around Australia's aged care crisis

2. Quality is subjective, but only for the little things

Discussions about quality in aged care often come back to the issue that everyone has personal preferences and it is difficult to agree on one definition of quality. The sort of example that comes up is whether a resident would be more interested if a home had Foxtel or Sky or if wine was served with meals.

These are not the sorts of questions that need ratings. Older people, or more frequently their families, can answer these questions themselves by visiting homes, trying the food, seeing the quality of accommodation and asking questions about, for instance, en-suite bathrooms and menu options. 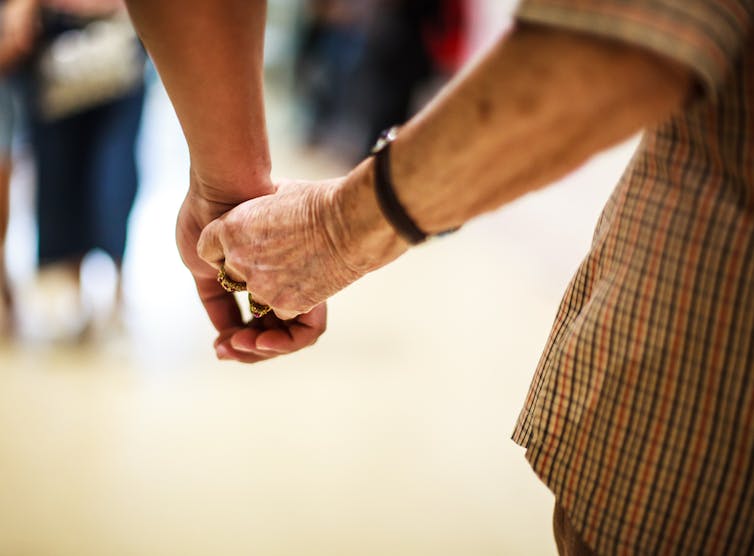 Most people enter aged care when they are too unwell to shop around. from shutterstock.com

What people need help with is understanding what they cannot easily judge for themselves. Such as:

This is where the right sorts of ratings can help shed light on the parts of care that are difficult to assess. Most importantly, it gives providers a good steer on where to focus their efforts.

3. Be prepared to publicise poor care

An important feature of the system in England is that the CQC regularly draws attention to poor care. It does this not just through the ratings but also through other reports it produces about care in England, such as the annual State of Care report. The CQC also provides reports on specific issues – for instance, the difficulties older people with dementia face when they move between care homes and hospitals.

In the first three years of the current ratings scheme, while most homes were rated “good”, 21% of providers received “inadequate” or “requires improvement” ratings, something highlighted in the State of Care report. While about a fifth of the homes rated “inadequate” stayed the same at re-inspection, the CQC found 82% had improved their overall rating. Of the homes rated “requires improvement”, 58% improved at the next inspection.

Such transparency is currently impossible in Australia as the Aged Care Act 1997 restricts what can be made public about poor care in the first place.

4. Ratings are part of a package

While not perfect, the ratings system in England has helped to communicate what good care looks like and given providers something to aim for. This is demonstrated by the popularity of practice guidance on how to get an “outstanding” rating.

But Australian policymakers need to assess other differences with England’s system. The CQC has considerable enforcement and legislative powers when compared to the Aged Care Quality Agency in Australia. The CQC can shut down providers and even bring criminal charges. Australia’s Quality Agency has to refer providers to the Health Department for action.

There are also more organisations involved in care in England and the CQC’s activity is supplemented with safeguarding and quality monitoring by local councils, which organise care.

Ratings may be useful for improving quality in Australia, but should be seen as only one part of a very large and complex puzzle.