This year’s award of the Nobel Prize for Physiology and Medicine to Dr James P. Allison and Tasuku Honjo, for their work in the early 1990s on immune checkpoint proteins CTLA4 and PD1, is a fitting recognition of how their work has led to a seismic shift in the way we treat cancer.

In a remarkably short time, drugs that inhibit these immune checkpoints (or immune brakes) have transformed the practice of clinical oncology. Drugs like pembrolizumab (Keytruda), ipilimumab (Yervoy), nivolumab (Opdivo), avelumab, durvalumab (Imfinzi) and atezolizumab – some of which are now being subsidised on Australia’s Pharmaceutical Benefits Scheme (PBS) – are being applied across a range of cancers.

From AFL player Jarryd Roughead to businessman Ron Walker, to former US president Jimmy Carter, anecdotes abound for the activity of immune checkpoint inhibitors in advanced cancers such as melanoma, lung, kidney and bladder and others. 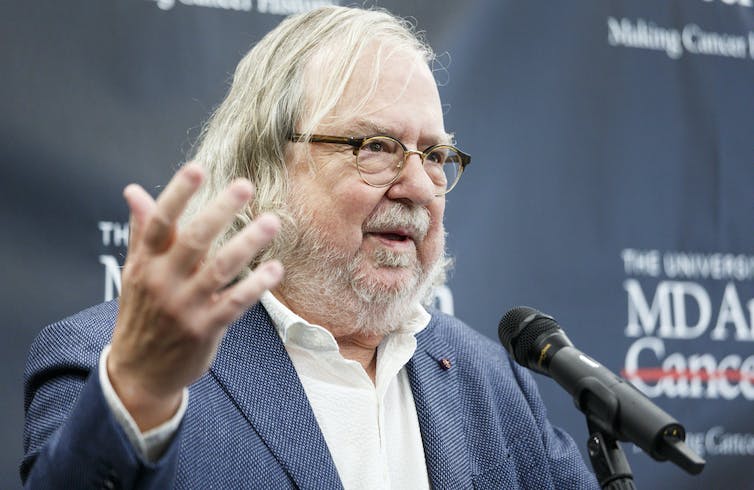 James P. Allison studied the T-cell protein CTLA-4 and how it could help with cancer treatment. JUSTIN LANE/EPA/AAP

One of the first patients I was privileged to care for in clinic had completed four rounds of treatment with an experimental drug – three months of infusions of a checkpoint inhibitor (one of which is now on the PBS). She had managed these infusions well, but past treatments had failed, so she was understandably anxious.

Before going to see her, I checked her scan report.

Then I looked at the scans.

I checked the report again.

My first words when I walked into her room were ones I never dreamed I’d say to someone with advanced cancer: “I can’t see the cancer on your scans anymore”. My entrance would have been a lot more dramatic if the nurse hadn’t already told her the good news.

“When can I book a holiday?” she said.

Originally, Allison and Honjo’s studies were focused on the underlying machinery of how the immune system controls itself. Like many mechanisms in our body, the immune system has the ability to sense prevailing conditions and rapidly amplify a response to defend the body.

Read more: Explainer: how does the immune system work?

This powerful process has evolved over millions of years. But a powerful system also needs powerful regulation, for which our bodies have evolved so-called “checkpoints”, or brakes, that guard against overactivity of the immune response. 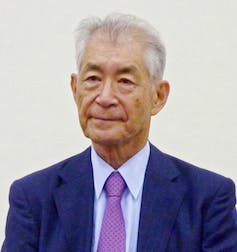 There are myriad immune checkpoint proteins on the surface of immune cells and normal cells of the body to allow this regulation to occur. Immune checkpoints work in a committee to vote their approval or disapproval of whether an immune cell becomes activated and attacks when it meets and recognises another cell or organism.

Insufficient or impaired checkpoint signalling allows an overreaction, which may contribute to the causes of autoimmune diseases such as colitis and arthritis. Conversely overactivity of immune checkpoints can obscure and confuse the immune system, allowing infected or abnormal cells to persist.

Cancer cells use these immune checkpoints to hide and evade from immune cells, tipping the balance in favour of the cancer and turning each immune cell off. Checkpoint inhibitor drugs work by not allowing the brakes to come on, so the immune system can keep attacking the cancer.

Allison and Tashuka initially conceived that their discoveries may help treat chronic infections such as hepatitis B and C. The drugs created from their discoveries remain in trials for these conditions, but their most exciting application has come through the treatment of cancer.

Using the power of the immune system to fight off cancer actually goes back to the late 19th century. Surgeon William Coley had developed an approach to treating cancer that involved injecting patients with a mixture of heat-killed bacteria in the hopes of stimulating the body’s “resisting powers.”

We now know that the current crop of immune checkpoint inhibitor drugs will help a minority of patients across many cancers, but still fail the majority. Our understanding still feels very basic. We can’t yet predict who will be helped, who will be failed, who will suffer side-effects, or who will benefit from different combinations of therapy.

But this platform of studies and drugs will provide us with the foundation to understand how the immune system is structured and could be reactivated in every person with cancer, to try to solve this puzzle in real-time for each individual.

The work of Allison and Honjo has given us hope of delivering mundane miracles to everyone with cancer, and turning cancer patients back into people.

Read more: Cancer immunotherapy drugs like Keytruda and Opdivo hold hope for some, but there's still a way to go