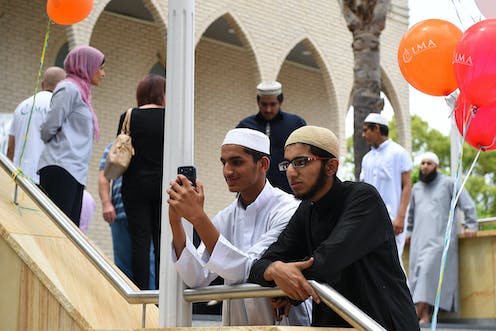 Australia’s counter-terrorism strategy remains focused on prosecuting individuals for offences like being a member of a terrorist organisation or conspiring to plan a terrorist act. Prosecution is a necessary response to terrorism, but it remains a short-term solution.

When it comes to investing in longer-term, community-based approaches to preventing terrorism, my research has found that the federal government is failing. An analysis of federal budget documents suggests that dedicated funding for CVE programs has dried up and grant money is no longer being allocated.

And at the state level, the majority of funding is still being funnelled into policing and prisons, rather than longer-term community solutions.

What are CVE programs?

“Countering violent extremism” is a broad term that refers to strategies for addressing terrorist ideology and radicalisation.

Read more: Yes, let's have a frank and open discussion about the causes of extremism and terrorism

CVE programs have proliferated around the world in recent years. My current research compares Australia’s approach with those in Denmark, Germany, Sweden and other countries in Western Europe. In the Muslim world, countries from Saudi Arabia to Malaysia have also developed similar strategies.

Recognising the importance of community programs

Formally, the federal government recognises community-based approaches to CVE as a crucial component of its counter-terrorism strategy.

The National Counter-Terrorism Plan establishes that the federal government will:

This includes “practical efforts” at the Commonwealth level to “build the resilience of communities to violent extremism”.

Dedicated CVE funding was first included under the attorney-general’s portfolio in the 2010 federal budget. At the time, the Rudd government allocated A$9.7 million to support a “Building Community Resilience” grants program over the following four years.

The Liberals initially dropped Labor’s CVE funding after taking power in 2013, but later reinstated it in the mid-year outlook. This followed backlash over the failure of the Abbott government to engage appropriately with Muslim communities.

The 2017/18 federal budget allocated A$9.3 million to CVE programs for that financial year, with that amount dropping to A$6.1 million over the forward estimates.

Since the creation of the new Home Affairs Department last year, it appears the federal government has again backtracked and decided to no longer fund these community-based programs to CVE.

The 2018/19 federal budget allocated A$158 million for what used to be the attorney-general’s National Security and Criminal Justice program. However, the line item dedicated to CVE, which previously funded grants to community and grassroots organisations, was removed.

It is possible that some of this A$158 million is still being allocated to community-based initiatives, but there is no indication this is the case.

The CVE section on the Home Affairs Department’s website links only to Living Safe Together, a community-based grants program introduced by Abbott’s government. The program, however, no longer appears to be active. The grants were all awarded in 2015 and the longest was for an 18-month project. The latest news on the website dates from November 2016.

In a Senate Estimates hearing last year, a representative from the attorney-general’s CVE centre confirmed that the A$1.9 million in grants awarded through the program were designed as one-off payments.

The Department for Social Services, meanwhile, has allocated A$36.6 million to a community resilience fund, but these projects are not designed to address the risks of terrorism.

So, what does this mean in terms of Australia’s commitment to community-based counter-terrorism programs? With dedicated funding now apparently gone, it remains unclear.

Fortunately, the states are taking on a more significant role in CVE. However, their investment in community-based approaches remains small compared to funding for counter-terrorism policing and prison de-radicalisation initiatives.

Recently, the NSW government announced A$47 million to increase the capacity of the Goulburn Supermax prison and A$89 million to fund a program to monitor high-risk terrorism-related offenders.

At the same time, just A$12 million in funding was devoted to community-based programs.

Victoria has established a community resilience unit within the Department of Premier and Cabinet and allocated A$14.1 million over two years to CVE programs.

Yet, the state is allocating A$20.9 million to implement a rash of harsh new anti-terror laws, including allowing police to detain terror suspects for up to four days without a warrant. It’s also investing A$25 million to provide Victorian police with long-range firearms to better respond to terrorist attacks.

The state is investing A$46.7 million to build a new counter-terrorism and community safety centre, which will include firearms ranges and a “life-like scenario village” for police to practise responding to terrorist incidents.

What should the federal government do?

The federal government needs to clarify whether it supports community-based approaches to CVE, and if so, whether it will continue to fund them. One-off payments to grassroots organisations are not adequate to address the underlying causes of terrorism.

Community-based CVE programs are not a silver bullet, nor are they a replacement for law enforcement and intelligence gathering. But even a small amount of money for CVE programs in the next federal budget would signal a commitment to this strategy and allow for new pilot initiatives to be developed. These programs could then be evaluated by researchers to build an evidence-based understanding of their impact and effectiveness, which is currently lacking.

Australia has led the world in creating some of the most rights-infringing legal responses to terrorism. These include ASIO’s questioning and detention warrants, preventative detention orders and powers to strip the citizenship of returned foreign fighters.

It should aim instead to be a world leader in developing innovative, community-based approaches to CVE.