The good news if you don’t like US President Donald Trump: he has less than 24 months remaining in his first term in office. The bad news: he now looks to have a better chance at staying in office until 2025.

This year’s midterm elections broke for Trump much more than expected. The Republicans maintained their control of the Senate, picking up key victories in Indiana, Missouri and North Dakota. And though the Democrats regained control of the House of Representatives, as expected, this is not the counter-revolution they were hoping for.

It is not a Trump wave, but it has confirmed the president’s staying power. Love him or hate him, he remains a remarkable political phenomenon.

Some key takeaways from the midterm elections:

Scaring people worked: The Republicans not only held onto power in the Senate, they seem likely to have increased their slim majority in the chamber. Importantly, there will be more Trump Republicans in the Senate.

Trump’s anti-immigrant rhetoric, such as his pledge to secure the border against an “invading caravan” of Central American migrants, worked as a get-out-the-base strategy. While Democrats enjoyed a surge in turn-out, Republican voters also did not stay home.

And several winning Republican candidates, like Mike Braun in Indiana, ran hard on Trump themes like immigration. Their victories show how much Trump’s control of the GOP has increased.

Trump for president in 2020: Trump looks to be in a better position for re-election than many commentators had believed.

The Democrats did take back the House, but that is par for the course in midterm elections. What’s more telling is that they did not invade Trump territory – the deep-red parts of the South, Midwest and Rust Belt – in any substantial way. This was not a “Blue Wave” election.

Winning control of the House could make life difficult for Trump, but the Democrats cannot remove him from office without a sizeable majority in the Senate - which seems a world away.

Also, the midterms should make it a near-certainty that no serious Republican will challenge Trump for the presidential nomination in 2020. He has proven once again that he is an impressive electoral campaigner with a crude but effective grasp of strategy. 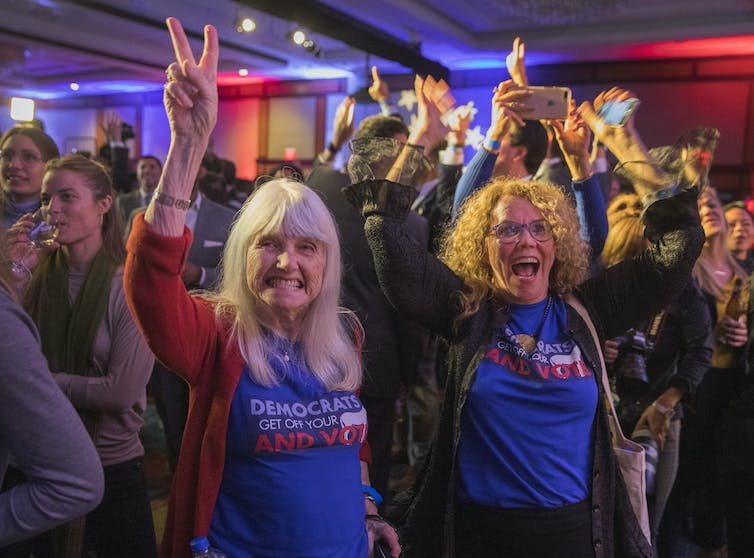 There was a Brett Kavanaugh effect: The highly contentious nomination battle over Trump’s Supreme Court pick seems to have energised his base more than the Democrats’. The Democrats in red states who voted against Kavanaugh lost their re-election bids – Heidi Heitkamp in North Dakota, Joe Donnelly in Indiana and Claire McCaskill in Missouri.

Meanwhile, the only Democrat to vote to confirm Kavanaugh – Senator Joe Manchin – won his race in predominantly Republican West Virginia.

Read more: The US midterm elections are being billed as a referendum on Trump, but it's not that simple

There is not a Democratic messiah in waiting: Texas Senate candidate Beto O’Rourke looked like he might be this figure – a person to energise the party much the way then-Senator Barack Obama did in 2008 – but O'Rourke lost his race against incumbent Ted Cruz, despite a very tight contest. Democrats still need a platform that is about more than “Stop Trump.” 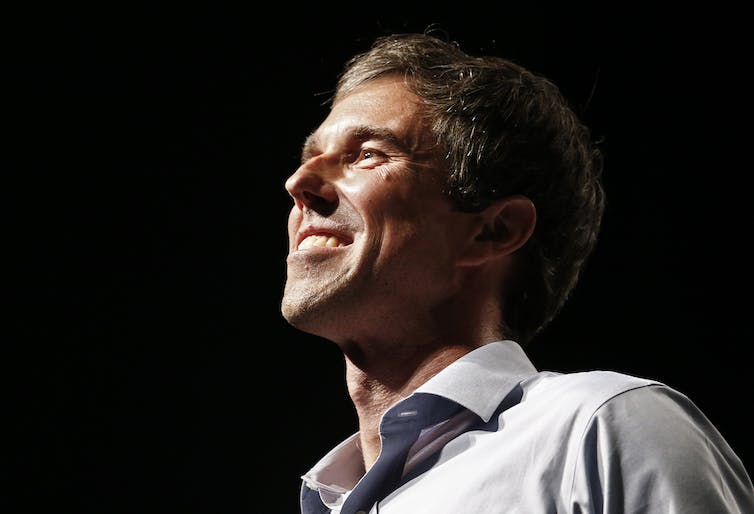 Beto O'Rourke would have been the first Democratic senator elected in Texas since 1988. Larry W. Smith/EPA

It is a year of the woman – but not just progressive women: A record number of women (260) ran for Congress this year. Early results suggest that many white, female voters who backed Trump in 2016 went for Democratic candidates this time around, reflecting the salience of healthcare as a key election issue for Democrat voters.

But not all winning female candidates in the midterms were Democrats. Marsha Blackburn, a staunch Trump supporter and demoniser of the Central American migrant caravan, won the race for the open Senate seat in Tennessee.

Hispanics remain a key demographic: Trump was widely condemned for his anti-Hispanic immigrant stance in midterm campaigning. The paradox is that the more Republicans can appeal to Hispanics, the more likely they are to win next time.

According to exit polls, the Republicans look set to win less than 30% of Hispanic votes in the midterms, compared to nearly 45% captured by Republican George W. Bush in 2004. If they are able to increase this margin to between 35 to 40%, this might be enough to turn purple states like Florida and Nevada reliably red.

Read more: Unlike in 2016, there was no spike in misinformation this election cycle

There is a lot of purple out there: Americans still rather like split-ticket voting, meaning they are fine voting for different parties on the same ballot. This makes the notion of exclusively red and exclusively blue states an exaggeration. 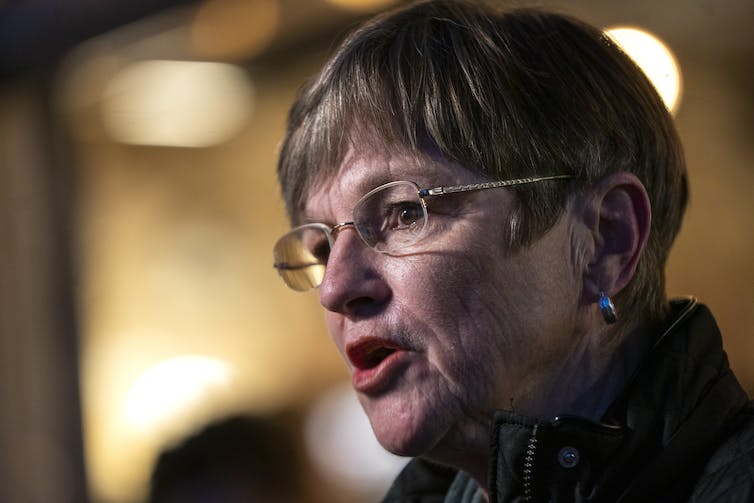 Laura Kelly’s gubernatorial win in Kansas was a bright spot for the Democrats. Jim Lo Scalzo/EPA

Florida has retained its centrality to US electoral politics: The state remains essentially impossible to call. Polling trends were again defied on election day, with losses by Democrats Bill Nelson for Senate and Andrew Gillum for governor. As purple a state as they come, Florida could well determine the next several presidential elections.

The bottom line after the midterms is that Trump is here to stay. And though the Democrats now control the House, this has just offered him a foil – an institution to define himself against – as he moves toward re-election in two years time.