One year ago, Australians were asked “Should the law be changed to allow same-sex couples to marry?”. The answer was a resounding “yes” – more than 60% of those who expressed a view backed marriage equality.

The anniversary of this historic moment offers an opportunity to reflect on how marriage as an institution has changed in Australia and other Western democratic countries over the last few hundred years, as well as the ways it remains stubbornly the same.

Although much progress has been made, gender inequality within relationships continues to be a problem, particularly if couples prefer to live together without getting married.

Historically, marriage was the key way families passed on status, wealth and property from generation to generation.

The institution of marriage also came with strongly prescribed gender roles. Women’s sexuality, rights and access to financial resources were strictly controlled in marriages. Regardless of whether a family was poor or wealthy, women’s bodies and labour were regarded as the property of their husbands in the 18th and 19th century. Prior to the 20th century married women lost their identities and many of their individual rights.

In the mid-20th century, however, many laws that explicitly discriminated against women were reformed in most Western democratic countries. Wives gained their own legal and economic status within marriage. The decline in the influence of religion also played a role in marriage laws becoming more “gender neutral”.

For instance, society continues to promote different roles for men and women within the family following the birth of a child. Women take on much more of the housework and childcare duties. And married women, in particular, do more of the housework on average than women in cohabiting relationships with men.

Today, the laws in most Western democratic countries recognise a diversity of family types. At the same time, couples in cohabiting relationships continue to have fewer rights, entitlements and obligations compared with married couples.

As a result, cohabiting women are overall more likely than married women to experience relationship dissolution, single parenthood and poverty.

For example, no country legally obliges cohabiting couples to financially support a partner staying home to look after children. Like married women, cohabiting women are more likely than their partners to take time out of the workforce to care for children. And the lack of legal protection makes women in cohabiting relationships economically vulnerable.

Another example is the difference in laws around financial settlement and the division of wealth after a relationship breaks down. In most countries, women in marriages who take on a home-maker role can seek to claim a share of their spouse’s property if their relationship dissolves. Women in cohabiting relationships, however, often have no similar rights or very limited rights.

Australia, however, is somewhat of an exception in offering more protections to cohabiting couples.

Here, couples who have cohabited for at least two years or have a child together are protected by the federal family law’s property division regulations. These laws take into account both partners’ non-financial contributions to a relationship (such as caring for children) and their future needs.

The court also has discretionary power after the breakdown of a relationship to give one partner a share of property held solely in their former partner’s name, such as a superannuation fund.

And fathers in de facto relationships do not have to take extra steps to establish paternity and shared custody of children. This makes it easier for fathers to obtain shared custody if a relationship breaks down and for mothers to seek child support.

The appeal of marriage to same-sex couples

LGBT activists didn’t really start focusing on marriage until 2004, when the Australian government altered the Australian Marriage Act of 1961. By strictly defining marriage as “the union of a man and a woman to the exclusion of all others”, the government offended many in the LGBT community and helped spark the desire for change.

Read more: A year since the marriage equality vote, much has been gained – and there is still much to be done

Today, the extent to which marriage appeals more to gay men or lesbians depends on a range of factors. 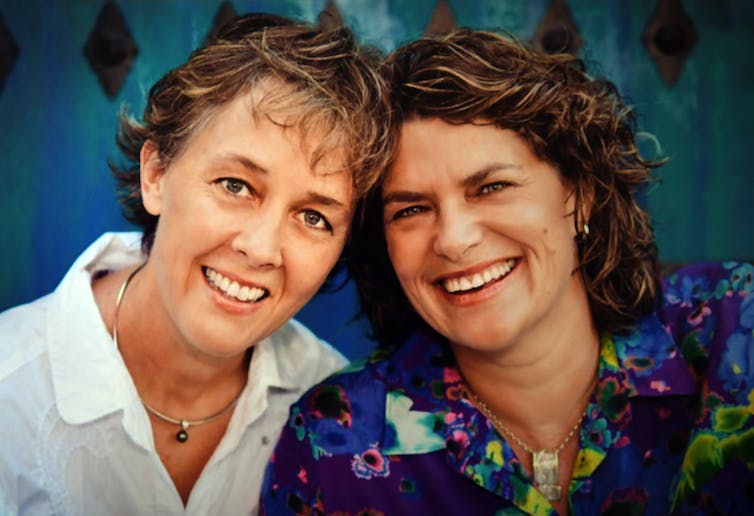 Lesbians have accounted for the majority of same-sex marriages in Australia so far. Jill Kindt (left) and Jo Grant were the first. Dan Peled/AAP

So far, lesbians have accounted for the majority of same-sex marriages in Australia. This may be because in the context of a limited social safety net compared to other countries, women may value the marginally better financial protections offered by marriage given they are more likely than gay men to have children.

For all the debate about “the traditional definition of marriage”, our research finds that marriage has always been a constantly evolving and changing institution. Same-sex marriage is just the latest change.

But more progress can be made. Even though we have finally addressed inequality for same-sex couples, and laws relating to marriage no longer explicitly discriminate against men or women, gender inequality within the institution of marriage continues to be a problem.