It seemed like a good idea at the time. But a few drinks with friends turned into a few more, and the next morning you’re not feeling so crash hot. Is there anything you can take to help?

Over recent years, a number of products have emerged that claim to prevent or cure hangovers if consumed while drinking and/or the morning after. Five products are now marketed in Australia: Rapid Recovery, Recoverthol, Rejoove, Hydrodol and Body Armour.

These products contain various combinations of:

The smallest number of ingredients in a product was three, the average 15 and the most 33. Clearly, there is little consensus on what ingredients work.

We found one recent systematic review that assessed six interventions for the prevention or treatment of hangover.

One study reviewed a French product (After‐Effect©) that included vitamins B1, B6, and C, but also had many other ingredients. The results were reported as promising, but the study lacked a placebo arm, which means it wasn’t compared with a “dummy” pill. In addition, one of the authors was president and founder of the company that produced the product, while the other was a consultant.

There is a small published post-marketing evaluation of one of the Australian hangover products. This product contained three vitamins and one amino acid. This study also had many limitations.

In short, we found no evidence from robust clinical trials that supplementation with vitamins and amino acids prevents or reduces hangover symptoms. 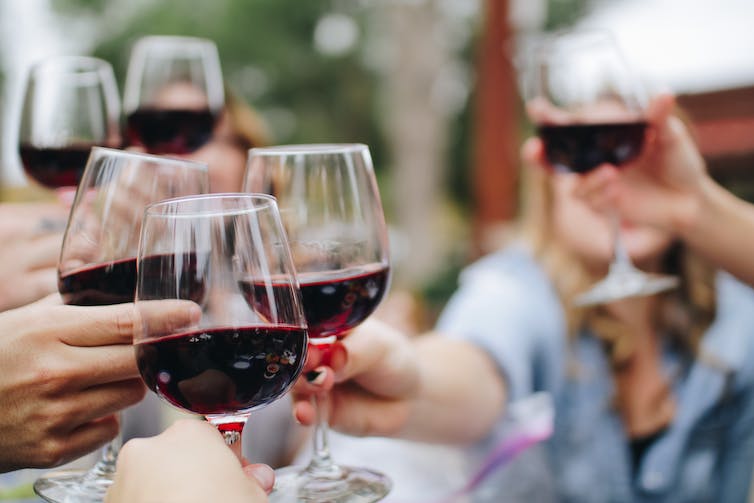 Enjoying a few drinks can come with a price the next day. Kelsey Knight/Unsplash

Silybum marianum (milk thistle) has been used traditionally for liver problems. However, there is no evidence supporting these traditional claims.

Pueraria lobata (kudzu root) inhibits aldehyde dehydrogenase, the enzyme that breaks down acetaldehyde. This increases toxic acetaldehyde levels that are thought to be largely responsible for hangovers; the opposite of what a hangover remedy should do.

This action is the same as produced by disulfiram (Antabuse®), a medication used to treat alcohol dependence by producing severe hangover symptoms immediately after alcohol is consumed (aversion therapy).

Researchers have suggested medicines containing kudzu root should have similar warnings to those provided for disulfiram. The same paper was also concerned that the use of kudzu root in hangover remedies may increase the risk of acetaldehyde-related cancer of the oesophagus, oropharynx, and nasal passages in genetically predisposed individuals, especially if combined with chronic alcohol and smoking habits.

Hovenia dulcis (Japanese raisin tree) was used in one randomised controlled trial that explored the effect of this ingredient in alleviating hangover symptoms in 26 males. The researchers evaluated 14 hangover symptoms and found those who took a standardised preparation of Hovenia dulcis were less likely to report headaches, dizziness and weakness than those who took the placebo.

But this study has a number of limitations. It used a small sample size; it included no women participants; it tested only one type of alcohol, Korean Soju; and the study period was short, just 12 hours. These results need replication with a larger number of mixed sex and age subjects and a variety of alcohol preparations.

In addition, the two Australian products that contain Hovenia dulcis do not appear to contain the standardised extract used in the above small trial and the amount varies: Rejoove) 75 mg (2 tablets recommended); (Body Armour 30 mg/mL (100 ml recommended).

Sorry folks, there’s still no proven cure for a hangover – though it can, of course, be prevented by drinking in moderation or avoiding alcohol.