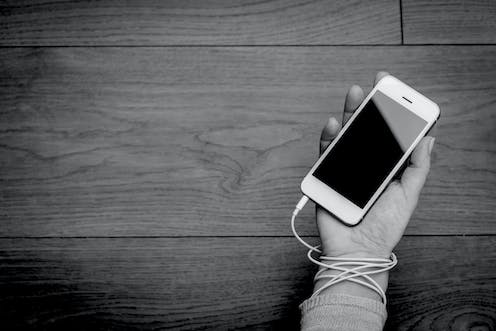 Australia hasn't had a time use survey since 2006. Budget cuts got in the way.Shutterstock

Much has changed since 2006 about the way we use our time.

Back then we didn’t have iPhones, iPads, Tinder, Snapchat, Facebook, WhatsApp, Instagram, or machines that could play us streamed music, check our heart rates and guide us to our destinations as...

Much has changed since 2006 about the way we use our time.

Back then we didn’t have iPhones, iPads, Tinder, Snapchat, Facebook, WhatsApp, Instagram, or machines that could play us streamed music, check our heart rates and guide us to our destinations as we walked. We didn’t have Uber, Airtasker or Airbnb. We hadn’t had a global financial crisis.

Back in 2006 we used our time only slightly differently to the way we did fifteen years earlier. We know this because the Bureau of Statistics ran a time use survey that year, giving diaries to 3,900 households who recorded what they were doing in five minute blocks. Read more: How the smartphone affected an entire generation of kids The answers varied little from those obtained from the surveys in 1997 and 1992. Men spent an average of 43 minutes per day on housework, up from 37 minutes in 1992. Women spent two hours 11 minutes, down from two hours 27 minutes. When it came to childcare, women did twice as much as men, but also more of the “inflexible” activities, such as bathing, putting to bed and transport to and from school. Men were more likely to do the flexible kind: things such as playing, taking children to sports activities, and reading them books. Read more: Equal distribution of housework? Not any time soon Men and women spent about 20 minutes more per day consuming “audio/visual media” than they did in 1992 (in 2006 the term referred to radio and television and compact discs and TV programs. Streaming scarcely existed). Both genders spent more of the weekends shopping than they used to, and less time socialising. And they slept more than they did 15 years earlier. Things will have changed more Time use surveys are conducted by statistical agencies in more than 35 countries worldwide. Australia’s was one of the first. In the aftermath of the global financial crisis the survey scheduled for 2013 was cancelled for financial reasons and further surveys were postponed until the Bureau found the funds. Since 2006 Australia’s population has grown nearly 20%, the digital revolution has transformed the way we communicate and work, the “gig economy” has offered work opportunities not previously available, but secure jobs are harder to get and globalisation has intensified. Read more: Phubbing (phone snubbing) happens more in the bedroom than when socialising with friends A major financial crisis has shaken confidence and wiped out substantial savings. Home prices have more than doubled. The share of the population aged over 65 years is on the way to doubling. We now have paid parental leave scheme. People are spending longer in education, and more young women are tertiary-educated than young men. What has it all meant for how we spend our time? Thanks to the Bureau, and the way in which it has been funded, we haven’t been able to find out. Soon, we’ll know We are about to be given that chance. This week the Minister for Women Kelly O'Dwyer announced A$10.4 million of fresh funding for a reborn time use survey in 2020-21 in order to help the government “design policies to fit the way people actually live their lives”. Labor had already promised to reintroduce the survey in 2020 and 2027 at a cost of A$15.2 million. It means we will finally begin to find out what is going on. Are Australians spending more time alone? How are changing workplace conditions including flexibility, non-standard hours and split shifts affecting how much time we spend with our children and our friends? We expect to find that younger people and the less-educated are bearing the brunt of workplace changes. We expect to find that while women are far more likely to be in the paid workforce, they still do the bulk of the work at home. We expect to find that grandparents are shouldering more of the childcare load. But we won’t know, and won’t have confidence to act on these changes, until we see the data. Counting time spent doing unpaid work and determining its financial value will also allow us to meet our international obligations under Human Rights treaties and the United Nations Sustainable Development Goal for Gender Equity. In 2006 our unpaid work was worth 40% of gross domestic product. The right design will be critical The reintroduced survey will need to be redesigned for the digital age. The government says it will be an eDiary rather than a pencil and paper diary. But it will be important to ensure the questions don’t much change. That way we will get a good measure of how our behaviour has changed since 2006. With the spread of time use surveys around the world since Australia’s pioneering work in the years leading up to 2006, it will be possible to follow what has become international best practice and harmonise our definitions with those of other countries. Knowing what we do will once again tell us much that is useful about who we are, how we have changed and how we compare.