After months of protracted negotiations between the political parties, the foreign donations bill has passed both houses of parliament and is set to be signed into law by the governor-general.

The bill bans donations of more than A$100 from foreign governments and state-owned enterprises to all “political actors” - including parties, individual candidates and significant political campaigners.

The bill was passed in the house of representatives late yesterday. It was passed by the senate earlier this month.

Following amendments sought by Labor and the Greens, the disclosure threshold for donations will also be reduced from $13,000 to $1,000, adding to transparency.

The rationale for banning foreign donations is to stop the threat of foreign interests undermining Australian democracy. The concern is that foreign entities could exercise an unduly large influence on our politicians through generous donations.

With this change, Australia joins the two-thirds of countries internationally that ban foreign political donations, including comparable liberal democracies such as the UK, US and Canada. New Zealand caps them at NZ$1,500.

Banning foreign donations will certainly reduce the ability of foreign entities to influence Australian policy and decision-making. In turn, this will reduce both actual corruption and the perception of corruption in politics. Ultimately, this may improve public confidence in the Australian political system.

Why did it take so long?

There were a number of concerns about the bill as it was initially drafted.

As it was first conceived, in addition to banning donations from political parties and their associated entities, the bill banned foreign donations to third parties (such as GetUp! and other campaign groups). This was consistent with the recommendations of a Senate committee majority.

However, Labor and the Greens objected to extending the bill to campaign groups. The proposal also created an outcry from the charities sector, who called it a “charities gag bill” in disguise. They argued that such a ban would restrict their capacity to draw attention to their causes, and endanger robust public discourse by civil society.

Read more: Ban on foreign political donations is both too broad and too narrow, and won't fix our system

The government backed down on this, and the bill as passed excludes general issue-based advocacy. This means that third-party campaigners such as charities will not be prevented from receiving foreign gifts. Charities won’t be prevented from using foreign donations to advocate for non-partisan issues, but they cannot use foreign money for political spending.

The government then sought to amend the bill to encroach on state donations laws by giving Commonwealth donors an immunity from state laws. 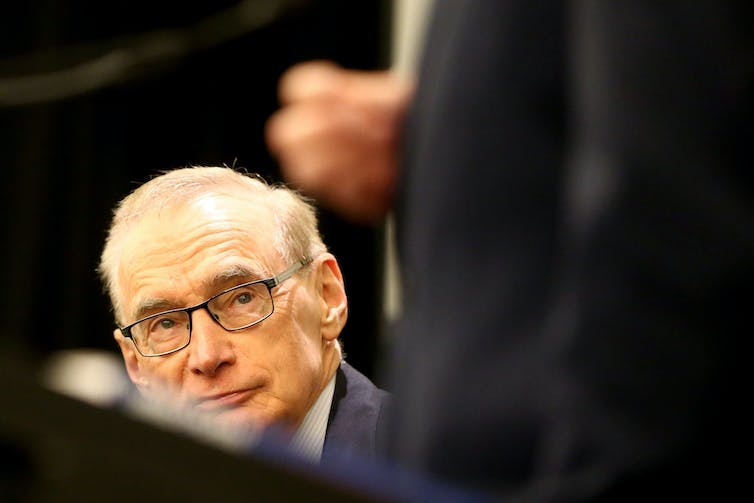 But the regulation of federal donations is far weaker than the laws in states like NSW and Victoria. The proposed amendment would have thus watered down the overall national regulation of political finance. Labor and the Greens objected to this proposal on that basis.

Following this, the bill was amended to clarify that where donations are ultimately spent on state campaigns, the state law would apply. This largely addresses the issue.

However, the Greens have expressed concern that, even with this amendment, it is still possible for a Queensland property developer to make a gift to a political party, provided it is not used for state electoral purposes, although this is normally banned in Queensland.

So, does the bill fix the system?

The Greens have argued, correctly, that there remain loopholes in the bill. Foreign companies will still be able to channel their donations through Australian subsidiaries.

The bill does not cover the two prominent Chinese donors who were central the foreign donations debate: Chau Chak Wing and Huang Xiangmo. Chau is an Australian citizen, while Huang is an Australian permanent resident. Thus, one donor is legally an Australian and therefore not a foreigner, while the other is a long-term Australian resident who is legally allowed to remain in Australia permanently.

This is not a loophole in the bill – simply a reflection that the foreign donations debate was disproportionately focused on these individuals in the first place. 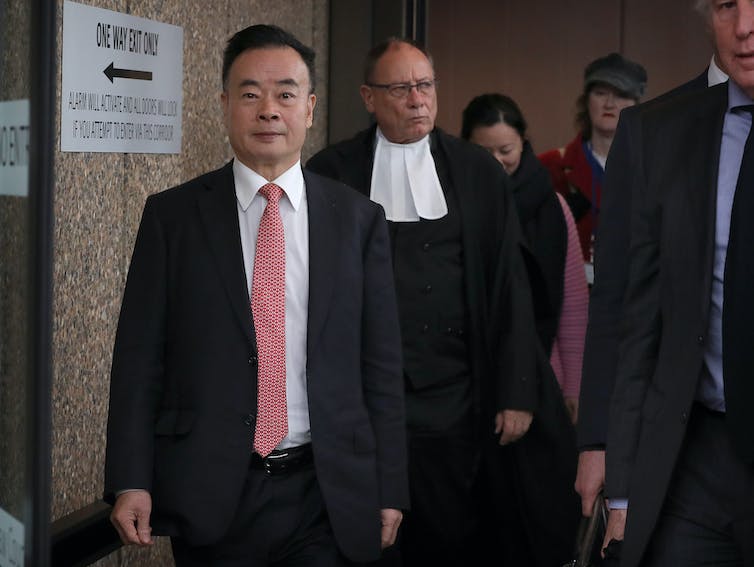 Chau Chak Wing photographed in June during defamation proceedings he ulimately won. Fairfax is appealing against the ruling. Chris Pavlich

More significantly, this bill is the tip of the iceberg. In the past seven years, foreign donations have only amounted to between 0.03% and 6.13% of all donations. This means that many Australian individuals and businesses can still exploit the opportunity to influence government decision-making by donating large sums of money.

The Grattan Institute has shown that highly regulated industries such as property development, transport and mining that benefit greatly from favourable government decisions donate disproportionately large sums compared to other industries. Their data also show that those who donate have a greater access to politicians and are more successful in securing meetings with ministers. This suggests that it is possible to “buy” political access, if not influence.

As noted above, the Commonwealth’s regulation of political donations remains weak compared to states such as NSW and Victoria. 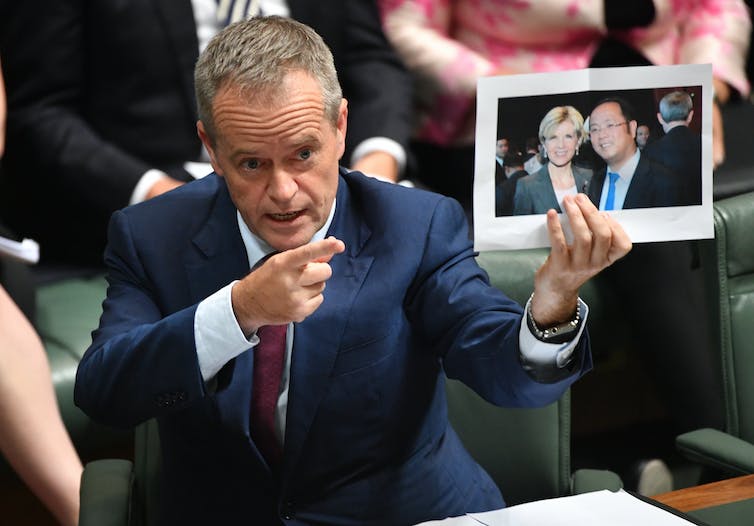 New South Wales has caps on political donations of $5,800 per party and $2,500 for candidates. The state also bans donations from property developers and those in the tobacco, liquor and gambling industries.

Victoria has just banned foreign donations and implemented a cap on donations by individuals, unions and corporations of $4,000 over a four-year parliamentary term.

Caps on donations are commendable as they promote political equality. Such caps prevent rich donors from exerting a disproportionate level of influence through extravagantly large donations. It is thus unfortunate that the Greens’ proposal to cap donations at the federal level to $1,000 annually was voted down.

In short, the foreign donations bill is but a small first step towards a comprehensive reform of our system of political finance. It is time to regulate all donations that might corrupt our political system, not just foreign ones.