Federal Education Minister Dan Tehan has announced the government will update the Melbourne Declaration on Educational Goals for Young Australians. This document sets out the agreed national purposes and role of schooling in order to deliver high-quality education regardless of cultural, linguistic and economic background.

It also aims to ensure schooling contributes to a socially cohesive society that continues to strengthen Australia as a democracy. The Melbourne Declaration is an important document nationally because it provides the basis of the Australian Curriculum.

As a nation, we face a range of national and international challenges such as mobile populations, so-called “fake news”, youth radicalisation, religious fundamentalism and a decline in public confidence in political and social institutions. A rigorous and quality education will provide students with the skills and knowledge to make sense of these and other challenges.

Read more: What sort of people do we want young Australians to be?

Four key changes could be made to help develop students into the skilled, knowledgeable and rational individuals Australia needs. These are:

The Ministerial Council on Education, Employment, Training and Youth Affairs issued the Melbourne Declaration in 2008. It was preceded by the Hobart and Adelaide Declarations. 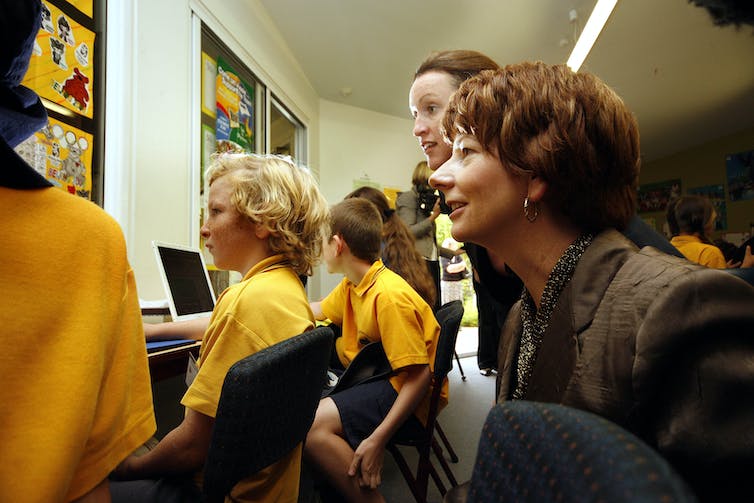 The then education minister, Julia Gillard, led the development of the Melbourne Declaration. Simon Mossman/AAP

As the overarching vision for Australian education, the document articulates two main goals:

These two goals are intended to ensure all students get high-quality schooling free from discrimination so they develop into knowledgeable, capable and articulate citizens.

A number of education experts have criticised the Melbourne Declaration. One, for example, argues a main driver behind the Melbourne Declaration is the promotion of education as a commodity, competing with other commodities in a global market. As a result, other important aims related to the development of students’ personal attributes as communicative, respectful and thoughtful individuals are not fully targeted in the document.

Similarly, other experts argue the document advocates a new type of education promoted by the OECD, which requires creative thinking, the ability to work flexibly and the ability to adapt to changes in the workplace and wider society. They argue the document is couched in language that promotes the economic aims of education and the economic prosperity of the nation over student well-being, environmental sustainability and democratic participation.

How can it be improved?

The scope for improvement in the Melbourne Declaration lies in the second goal, which focuses on the development of soft skills. The Melbourne Declaration needs to clearly require curriculum and educational policy across Australia to be geared towards developing students who are highly literate and numerate, able to solve problems (especially in the workplace), communicate effectively and develop and maintain positive relationships within and beyond the family unit.

Second, we need to rethink how we assess student learning in the classroom. Rather than being geared towards classmate-versus-classmate competition through tests and examinations, it should acknowledge and reward achievement in an ongoing way. For example, a student may try to write a narrative early in the year and then, following further learning and practice, re-attempt the writing activity. The teacher may identify specific features to track over the two attempts and provide feedback on the quality of those features. 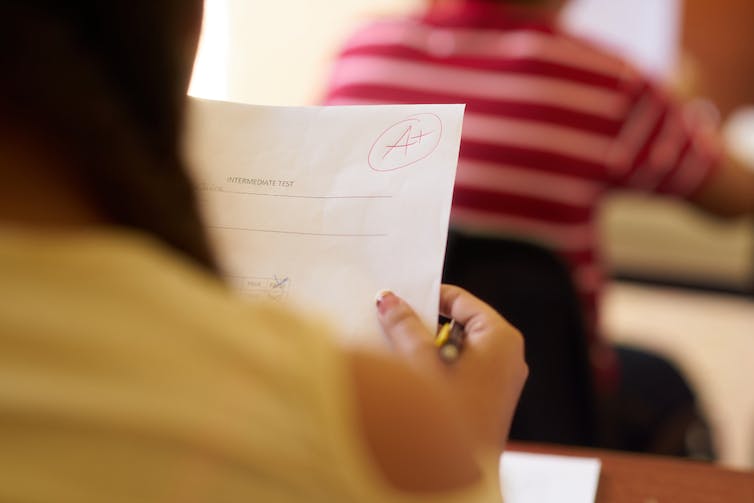 Students should be encouraged to compete with themselves, not their peers. from www.shutterstock.com

It’s similar to approaches outlined in the Gonski 2.0 report. The Melbourne Declaration includes advice on approaches to assessment, but the inclusion of ipsative assessment would be a good option for schools.

We also need to be mindful of the language we use in education. In recent decades, education has increasingly been seen and talked about as a commodity. The language of the marketplace has infiltrated education with terms such as “agile”, “nimble”, “flexible” and “innovative” appearing in policy documents. These words narrow the goals of education to the development of workplace skills and little else.

An example of this is the New South Wales Stronger HSC Standards Blueprint, which states curriculum reform needs to be “agile and flexible”. This document as a whole is an example of the heavy emphasis on workplace skills and aptitudes at the expense of the development of individual, interpersonal skills.

We need to be mindful of the terms we use – education is more than a product to be consumed.

We live in a era of information saturation and overload. In an important Australian study, the Digital News Report: Australia 2018 found that 65% of Australians grapple with what’s real and what isn’t in the news. Another study found only 34% of young Australian respondents said they can identify fake news stories from real ones. Some 32% said they are unable to do so.

A revised Melbourne Declaration needs to emphasise critical thinking. This is the capacity to spot faulty arguments, generalisations and unfounded assertions.

Highlighting critical thinking will help equip students with the tools to identify how language can be used to persuade, compel and deceive. This capacity is increasingly important in democracies in an era of “fake news”, social media platforms and information saturation.