A woman recently sued a London hospital for doctors not disclosing that her father had the genetic mutation that causes Huntington disease – a neurodegenerative disorder. The woman was pregnant at the time. She argues doctors should have told her about her risk of also having the mutation and passing it on to her unborn child.

Genetic changes that cause health complications can be hereditary. So, genetic information is relevant not only for an individual but also their blood relatives. The UK case raises the question of whether medical professionals have a duty to disclose a patient’s genetic test result to family members who might be at risk, even without consent.

This challenges traditional notions of medical privacy and doctor-patient confidentiality. We believe a medical professional does have a duty to consider genetic relatives in making this assessment. But it should not be necessary to go a step further and impose a duty to disclose.

No such legal case has arisen in Australia to date. If it did, there are some laws governing the disclosure of genetic information that could be relied on. But these are inconsistent and information about how often medical professionals do rely on them is lacking.

Privacy laws in Australia generally prohibit disclosure of personal (including genetic) information without consent, except in certain circumstances such as where it is required by law. But the specific regulations that govern disclosure vary between states and territories, and between the public and private sectors.

Deciding whether to disclose the presence of a genetic mutation to a relative is more complex. This is because a specific genetic mutation may not cause disease in every instance and any harm typically arises in the future. 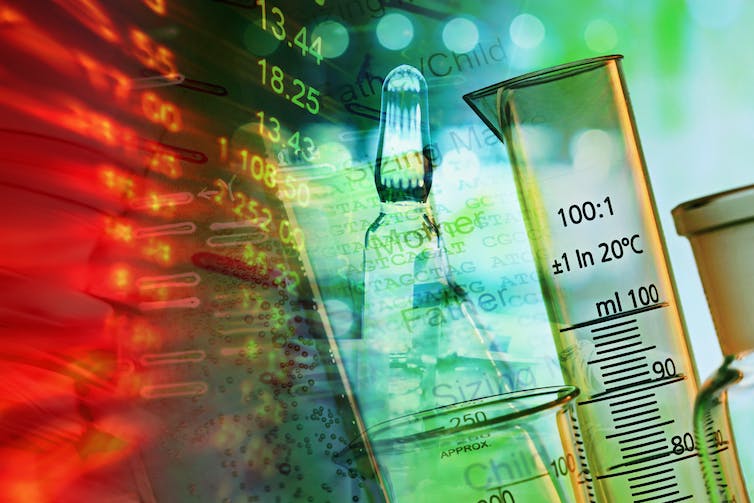 A specific genetic mutation may not cause disease in every instance and any harm typically arises in the future. from shutterstock.com

Under the Privacy Act 1988, medical professionals can disclose genetic information to at-risk genetic relatives (blood relations) of an individual who refuses to disclose that information themselves. But that disclosure must be

necessary to lessen or prevent a serious threat to the life, health or safety of another individual who is a genetic relative.

This is where it gets tricky, because a particular genetic mutation could cause serious harm to a family member who shares the mutation. However, we don’t understand enough about how likely it is a given mutation causes disease in each individual to pick which individuals will definitely be harmed.

Read more: Why we should test everyone's genes to predict disease

Comprehensive guidelines have been developed to guide medical professionals in disclosing genetic results appropriately. These include requiring that reasonable steps be taken to try to obtain the patient’s consent before disclosing the genetic information and also, where possible, to avoid disclosing the patient’s identity.

But there is no reporting requirement associated with these guidelines. This creates difficulty in determining how often the regulations are used in practice.

The Privacy Act is federal legislation. This means it applies to Australian government agencies and private institutions, but not to state entities such as public hospitals, which are governed by their own state laws. And it applies only to statutory liability. This protects a disclosure from being in breach of privacy legislation, but does not address the common law duty of confidentiality.

New South Wales recently passed legislation mirroring the relevant Privacy Act provisions, which aligns all the state’s public and private entities with the federal approach. This has not been done nationally, however, creating inconsistency among other states and territories.

In Victoria, for instance, the applicable legislation requires that the threat of harm is both serious and imminent. This restricts its applicability to genetic information as genetic risk is often serious but not imminent.

Is there an ethical duty to disclose?

Even where medical professionals are legally allowed to override patient privacy to disclose results to genetic relatives, Australian law doesn’t obligate them to to do so.

There is a growing recognition of the ethical rationale for disclosing genetic information to individuals who may be at risk where preventive health measures based on that information are available.

On the flip side are other ethical issues – such as knowing your genetic risks can lead to discrimination by insurance companies. But it is difficult to argue against at least offering the information to at-risk individuals in these circumstances.

Read more: Australians can be denied life insurance based on genetic test results, and there is little protection

Genetic and other healthcare professionals routinely counsel patients about communicating genetic information to family members. Most genetics clinics in Australia prepare a “family letter” to help with this. But where an individual refuses to do so, a medical professional must decide how to proceed. Fortunately, these scenarios are the exception rather than the rule.

The Privacy Act regime regarding disclosure to genetic relatives and the guidelines that accompany it are comprehensive. A thorough understanding and consideration of those guidelines by a medical professional should enable an ethically defensible case-by-case assessment of these scenarios.

But a nationally coherent approach must be adopted to effectively modulate this issue. This must be consistent with the federal regime. And it should preferably include a reporting mechanism to capture instances of disclosure.