Australia is kicking off another summer of cricket. And if watching the series is a family affair, you may be concerned with the alcohol advertisements your children are being exposed to.

We assessed the potential impact of rules introduced by the alcohol industry in November 2017 to regulate the placement of alcohol advertising. We found these rules have so far been unlikely to protect young people, while most complaints directed to the regulator have been dismissed.

In 2012, the now-defunct Australian National Preventive Health Agency (ANPHA) reviewed the effectiveness of alcohol advertising regulation. The final report was released under Freedom of Information laws in 2015.

Read more: Alcohol advertising has no place on our kids' screens

Unfortunately, the review had little impact. The Australian government never formally released the final report nor responded to it.

Some state and territory governments, such as WA, have taken notice of the evidence and removed alcohol ads from public transport. But the Australian government must take action to protect children and young people’s health.

How is the placement of alcohol advertising regulated?

Before 2017, the industry-managed Alcohol Beverages Advertising Code (ABAC) Scheme did not cover the placement of alcohol ads. The only restrictions came from the Outdoor Media Association (OMA) to limit alcohol ads on billboards or fixed signs to outside a 150 metre sight line of a school gate, and the Commercial Television Industry Code of Practice (CTICP).

The CTICP places some restrictions on when alcohol can be advertised on TV, but allows ads to be broadcast during sports on weekends and public holidays.

Previous research found high levels of exposure to alcohol advertising during televised sport in Australia. In 2012, children under 18 years received 51 million exposures via sport on TV.

In November 2017, the ABAC Scheme introduced what it called “placement rules”. They require alcohol marketers: 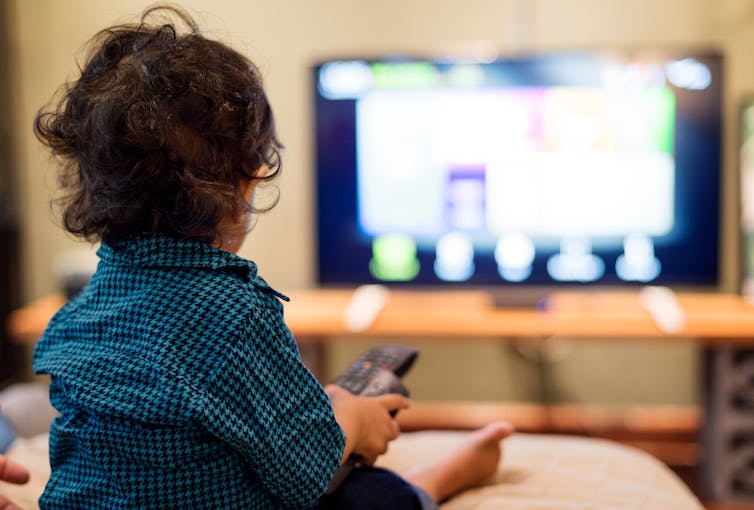 Children see many alcohol ads on television during sports coverage. from shutterstock.com

Where do these rules fall short?

The objective to “avoid the direction of alcohol marketing towards minors” is too narrow to be effective. It ignores the fact children are exposed to many alcohol ads that aren’t directed at them. Nor does it reflect recommendations from the World Health Organisation for “comprehensive restrictions” on exposure to alcohol advertising.

The rules don’t cover key forms of marketing, including sponsorship, and they rely on weak existing industry codes. They do nothing to address the exemption in the CTICP, meaning alcohol ads are still allowed during sports broadcasts.

Our research found the panel dismissed complaints about children seeing alcohol ads during test cricket and one-day matches, and the Australian Open tennis. The panel decided the placement complied with the CTICP, the adult audience was over 75%, and the sports were not aimed at minors.

All but one of the 24 placement-related determinations published in the first six months of the rules were either dismissed or found to be “no fault” breaches.

Age restriction controls and an audience threshold of at least 75% adults do little to prevent alcohol ads from being placed where children will see them. Only 22% of the Australian population are aged 0-17 years, so programs with broad appeal easily attract over 75% adults.

Further, there is a lack of transparency and independence in the system. There was no public consultation to inform the development of the placement rules and the alcohol industry is heavily involved in administering the scheme. There is no monitoring of alcohol marketing in Australia, and no penalties when companies breach the rules.

Our findings are in line with recent research from the University of Sydney that found significant weaknesses and limitations in the ABAC scheme system as a whole.

What we need to do

Self-regulation by industries such as alcohol or tobacco does little to reduce children’s exposure to marketing. We need government intervention if we want Australian kids to be protected from alcohol advertising.

For starters, the federal government needs to remove the exemption in the CTICP and alcohol sponsorship of sport. This is the focus of End Alcohol Advertising in Sport, a campaign of sporting and community champions encouraging alcohol advertising to be phased out of professional sports.

The alcohol industry has demonstrated that they are unable to effectively control alcohol marketing. Statutory regulation by governments is the necessary step to ensure children’s exposure to alcohol advertising is minimised.