There is no shortage of documentary makers out there – experienced and emerging – who are ready and willing to bring Australian stories to worldwide audiences.

But the ever shrinking pool of funding on which they can draw and the lack of interest from our two major public broadcasters in one-off, subject-specific docos, makes it extremely hard for that enthusiasm and skill to be realised.

In this context, Tom Zubrycki’s new essay on the changing landscape of Australian documentaries is both a timely summary of the history of documentary filmmaking here, and a rallying call for anyone who regards the genre as a serious player in the business of social change.

Zubrycki reminds us of the incredibly rich inheritance we owe to those who laid the ground for the surge in documentary making of the 1980s and 90s – from the Lumiere Brothers to John Heyer’s Back of Beyond (the inspiration for the Mad Max movies) and the groundbreaking anthropological filmmaking of innovators such as Ian Dunlop and David McDougall.

With the inception of the Australian Film Commission and Film Australia, followed by the Film Finance Corporation (FFC), the likes of Mike Rubbo, Bob Connolly and Robin Anderson, Dennis O’Rourke, John Hughes, David Bradbury, Tevor Graham, Gillian Leahy, Pat Fiske, Zubrycki himself, and numerous others took up the torch. Their longitudinal observational documentaries, essay and political films have influenced how ordinary Australians view themselves.

These were the iconic filmmakers that inspired me to take up documentary making when I arrived in Australia in the early 1980s. I saw their work mainly on the ABC and SBS. Sadly, although most of the above are still active filmmakers, or would like to be, their work stands little chance of gaining the interest of our beloved, if shredded and now ratings-obsessed, public broadcasters.

Recently, when Bob Connolly wanted to update his seminal trilogy of films set in Papua New Guinea following the life and times of coffee plantation owner Joe Leahy, the only way he could find to do it on TV was as a reporter for Foreign Correspondent. And when Trevor Graham, the maker of Mabo: Life of an Island Man, wanted to celebrate the 25th anniversary of the Mabo ruling, he resorted to radio.

Part of Bob Connolly’s trilogy of films set in PNG.

The rise of ‘documentary lite’

In his essay, Zubrycki succinctly chronicles the complicated history of the rise and fall of government/broadcaster subsidies to Australian documentaries. There were many aspects to this: from the “heyday” of the “Accords” deal between the funding agencies and ABC/SBS (which allowed broadcasters to commission docos with a 25% presale investment triggering the rest of the budget from the FFC) to the eventual government-imposed amalgamation of the FFC, the Australian Film Commission and Film Australia into Screen Australia.

Meanwhile there was a corresponding shift of broadcaster interest from one-off docos to so-called “reality TV”, “docusoap” and “infotainment” series, which marked the transition from filmmakers as independents to servants of TV commissioning editors. 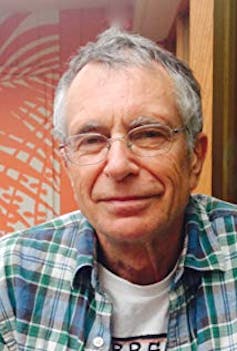 It is hard to see this trend towards branded and formulaic, “factual” content as much other than a dumbing down of content in pursuit of the holy grail of ratings. This was something the public broadcasters with their remit of public education and reflection of Australian culture never really had to bother about – until economic rational arguments won the day and they were required to “stand on their own feet”.

Zubrycki makes the point that the rise of what one might call “documentary-lite” has been at the cost of independent, one-off social documentaries, typically laboured over and nurtured for a long period, with a deep concern for the ethics of telling real stories.

But I think he could have pushed a little harder at the disingenuous stance of the public broadcasters, particularly SBS, in labelling much of their content “documentary” when it is really something else.

While it is hard to define what documentary is, I don’t believe it is to be found in the newly coined “unscripted” television world, where producers toss around ideas for the creation of artificial situations (even when well-meaning) that will bring financial returns via formats franchised around the world.

SBS’s Look Me in the Eye: ‘documentary lite’ television.

The positive side of Zubrycki’s argument, of course, is that documentary makers are not just resilient but adept at finding new ways to get their films made and seen. This may be via diversification of skills, philanthropy (the Documentary Australia Foundation has been a major development in this regard) or exploiting new media platforms such as YouTube, cinema on demand and streaming subscription channels.

I learned long ago from my students that free-to-air TV is the last thing young people consider when they think about documentaries.

Of course, Zubrycki is right to call the new masters of TV content – Netflix, Stan and Amazon Prime – to task over their lack of commitment to funding local product. Like every multi-national, they will resist local regulation, even when they’ve agreed to it elsewhere (as they apparently have in Europe and Canada). And our federal governments of either hue never show much appetite to take on media moguls.

Read more: Australia must act now to preserve its culture in the face of global tech giants

A recent development Zubrycki doesn’t mention is the new fashion (on SBS anyway) of “slow TV”. Such programming has interesting echoes with early anthropological and ethnographic, observational work that Australian filmmakers did so well. But to date both of the trans-Australian railway “blockbusters” and The Kimberley Cruise aired recently on SBS were commissioned from a subsidiary of All3media, a multi-national production company with its headquarters (of course) in London. This hardly represents a diversification of opportunity for Australian independents.

I gave up on the idea years ago that any broadcaster would take an interest in the docos I want to make. Along with numerous experienced filmmakers (a trend which Zubrycki also doesn’t touch on) I have moved into tertiary education and collaborate with the academy (as well as philanthropy) to resource my filmmaking as best I can.

For me, the key question that remains after all this discussion is this: beyond journalistic programming, where are the in-depth docos penetrating and calling to account the institutions that are failing us? The banks, the body politic, the organisations that run our offshore detention centres, the youth detention system, and the lack of meaningful responses to the recognition of Indigenous Australians and the crisis of climate change?