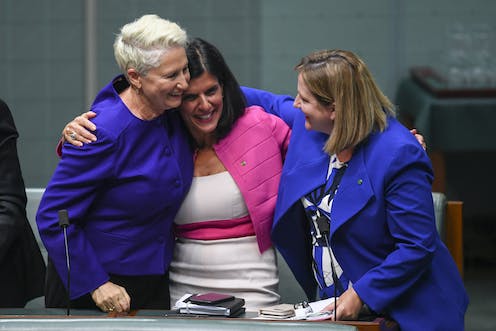 The Morrison government has been defeated in the House of Representatives by the passage of a government bill containing amendments made against its wishes that allow for the medical evacuation of asylum-seekers from Manus Island and Nauru.

At the last minute, the Speaker tabled, against the wishes of the government, advice from the Solicitor-General raising a constitutional problem with the Senate amendments. In short, those amendments provided for an “independent health advice panel”, of which six members would have to be paid. Their remuneration would come automatically under an existing appropriation in the Remuneration Tribunal Act 1973 for the payment of persons who hold public offices. The effect of the amendments in the bill would therefore have increased the amount payable under that existing appropriation.

This is important, because section 53 of the Constitution says that the “Senate may not amend any proposed law so as to increase any proposed charge or burden on the people”. The argument was that even though the Senate amendments to the bill did not contain an appropriation, they would increase a burden on the people by increasing the amount automatically appropriated under the Remuneration Tribunal Act.

Read more: Explainer: what is a hung parliament and how would it affect the passage of legislation?

Whether this is enough to trigger section 53 is a matter of dispute between the houses. Understandably, the House of Representatives has long considered that Senate amendments of that kind do breach section 53, while the Senate takes a different view.

The issue cannot be decided by a court, because the courts have held that section 53 is an internal matter for the houses, and not one to be determined judicially. This was made clear in the recent case on the same-sex marriage postal survey. So even if the houses chose to ignore section 53 and pass a bill that breached its terms, and the validity of the law was challenged, a court would not find it to be invalid.

The consequence was that this was a battlefield for the two houses. In the absence of any judicial precedents, all we have to guide us is parliamentary practice and the competing views of parliamentary committees. These do not provide clear answers. While the houses are under a moral and political obligation to obey the Constitution, this is difficult when the Constitution itself is unclear and its interpretation is disputed.

The government’s action in seeking to declare the bill to be a money bill also raised the political stakes. In order to govern, a government must retain control over government finance. Defeat on a money bill in the House of Representatives is regarded as a loss of confidence, which by convention requires the government to resign or seek an election. For example, the Fadden Government resigned in 1941 when its budget was reduced by the nominal sum of £1. So if the bill was treated as a money bill by the government, its passage against the wishes of the government would have raised a serious issue of whether it could continue governing.

However, the Labor Party moved an amendment to remove any right to payment of officers of the panel. This should mean that it is not a money bill, with the consequence that the constitutional issues about s53 should go away (although there would still be a precedent of the House of Representatives dealing with the Senate amendments, rather than rejecting their validity outright).

Read more: Why a government would be mad to advise the refusal of royal assent to a bill passed against its will

If the House of Representatives has truly lost confidence in the government, it can always move a vote of no confidence to make this clear. Unless that happens, the Morrison government can continue governing until the election is held.