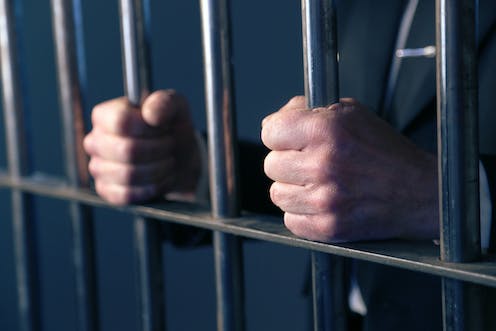 When Kenneth Hayne handed down the banking royal commission’s final report, he urged the corporate watchdog to investigate several entities for criminal charges. The Australian Securities and Investments Commission (ASIC) has since announced it is preparing cases against executives of some of the big players.

The day of the report, Treasurer Josh Frydenberg reiterated a government commitment made last year to boost the enforcement powers and resources of agencies such as ASIC and the Commonwealth Director of Public Prosecutions (DPP) to launch criminal prosecutions. The government would also extend the jurisdiction of the Federal Court to include “criminal corporate crime”.

Frydenberg said the government would provide a legislative framework necessary, and better resources, for regulators to hold those who abuse our trust to account. But this is unnecessary – the legislative framework is already there. And then there’s also the question of whether criminal convictions and terms of imprisonment are the best way to deal with the issue.

A key finding of the report was that entities may have committed breaches of the Corporations Act – the main legislation regulating Australian companies. The relevant section in the act is “Dishonest conduct” (1041G), inserted in 2001. It says “a person must not, in the course of carrying on a financial services business in this jurisdiction, engage in dishonest conduct in relation to a financial product or financial service”. Those convicted face a maximum ten years imprisonment.

That said, convictions under 1041G have usually occurred where individuals have been found seeking to deliberately line their own pockets. Commissioner Hayne has therefore upped the ante by prodding ASIC to consider whether at least two corporate entities, not just individuals, have breached 1041G.

Hayne’s observation could not be in greater contrast to one made in the wake of a similar investigation two decades ago. In 1996 the Howard government initiated their inquiry into the financial services sector. The inquiry’s chairman Stan Wallis had claimed Australia’s tough corporate governance rules were a major reason for the perceived under-performance of companies at the time.

In a June, 2000 speech to the Centre for Corporate Public Affairs, Wallis advocated winding back boardroom independence rules since “too much attention to corporate governance can cloud a board’s judgement”. Governance, he said, had become an end in itself, and, as a result, directors were predisposed to being risk-averse rather than bold.

But now the regulator’s guillotine is being sharpened, not blunted, and with good reason. The amount charged by financial institutions for services never received is reportedly more than $1 billion. Hayne has referred 24 entities to regulatory authorities. We can virtually guarantee prosecutions will be launched in relation to these alleged misdeeds.

So, how can a conviction occur?

First, ASIC needs to look beyond what was reported to the royal commission to find clear evidence of wrongdoing. With sufficient evidence, the matter is referred to the DPP. The DPP in turn needs to be satisfied of the probability of a conviction, which might have been difficult but for a significant legislative ally that came into being under the Keating government in 1995.

The Commonwealth Criminal Code’s bold wording (chapter 2, part 2.5, division 12), cross-referenced under section 1311 of the Corporations Act, confirms that the Code applies to corporations, and states that they may be found guilty of any offence, including those punishable by imprisonment.

The Code then links an individual’s potentially culpable behaviour to the concept of corporate culture, defined (in section 12.3(6)) as an

This means individual directors or senior managers can’t simply claim they were not directly culpable and hope to escape scrutiny. If they presided over a rotten corporate culture, one that showed little disdain for dishonest behaviour, they can be convicted and go to jail. Mr Frydenberg doesn’t need to extend jurisdictions, or boost enforcement powers. The law that the DPP needs is there already.

But do the people want this?

If one believes the political commentary that tells us there is a heightened contempt among the public today for white-collar offending, then perhaps bosses should be jailed. But there’s also some evidence suggesting that the public’s intolerance of, and reaction to, such behaviour is not as radical as many believe.

rational and reasoned, and the emotive aspects of their attitudes were primarily regretful rather than vengeful […] there were signs that the desire to express condemnation and disapproval of offenders’ conduct was counterbalanced by recognition of the need for humane and just penal policies.

In other words, there is an argument the public don’t consider senior managers who have already been humbled by the Commissioner, or humiliated by the commission’s lead barrister Rowena Orr QC, need to go behind bars.

Read more: Banking Royal Commission: the real problem is how we value executives and workers

Criminologist John Braithwaite’s seminal work, Crime, Shame and Reintegration, explored shame in a leader’s falling short of public expectations. His hypothesis was that fear of shame is a major social force for preventing criminality, not threat of imprisonment.

Punishing key financial services leaders by naming them, highlighting their failings, accepting their contrition, disqualifying them, and seeking restitution from them is as likely to satisfy the public’s demand for appropriate consequences as any prison term.