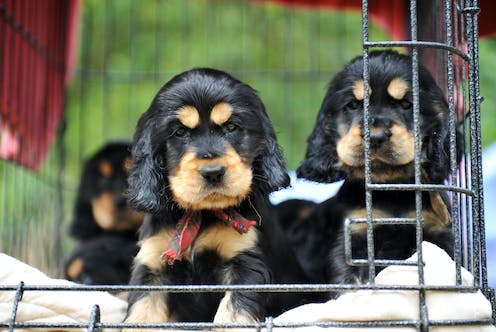 Markets require regulators. As Adam Smith, the champion of the invisible hand, notes in The Wealth of Nations, when individual interests are left unregulated they work to turn competitive markets into monopolies.

But what happens when regulators meant to check individual interests fail to promote the public interest?

Consider Australia’s banking sector. The banking royal commission has found plenty of fault in the ways the corporate and prudential regulatory agencies performed their vital roles – due not to lack of power but an unwillingness to use that power.

University of Chicago economist and 1982 Nobel laureate George Stigler was the first to outline how regulators can become “captured” by the very firms and industries they are meant to be regulating, beginning with an article in 1971.

Stigler’s idea has come to be known as “regulatory capture theory”, and it causes us to confront the uncomfortable question of how to ensure regulators act in the public interest, not in the interest of the firms they regulate.

Stigler thought about regulation through the lens of supply and demand. Self-interested politicians supply regulation. Firms demand it – usually because they want a competitor regulated.

His classic example concerned regulations on the weight of trucks that could travel on state roads in the United States in the 1930s. He found empirical evidence that where trucks were more of a threat to traditional train transport (like on short-haul routes where railroads were less competitive) more stringent weight limits were enacted.

Rather than the regulator being a beneficent protector of the general public interest, it had become a self-interested actor responding to political pressure from the railroad owners.

This may strike you as rather cynical, but there is a swathe of evidence that across industries and time, regulators often act more in the interests of industries than the public.

Read more: To clean up the financial system we need to watch the watchers

These regulations usually have a plausible rationale behind them. Consider licensing of doctors. Nobody wants a poorly trained doctor let loose on them, so some form of certification makes sense. But does the medical profession limit the number of doctors and exclude foreign-trained doctors to push up their incomes? You be the judge.

It’s easy to think of other examples: “tickets” in the construction industry, certification of train and truck drivers in mining, licensing of plumbers, and on and on.

There are lots of ways this can arise. Politicians often depend on support and campaign contributions. And there is all too often a revolving door between regulators and the regulated.

This brings us to the regulation of Australia’s banks.

The corporate and prudential regulatory agencies may have been unwilling to use their power, but the the big four banks were not.

And the banks have plenty of power – financial and political. They are utterly vital to the operation of the entire economy. They are among the very largest companies in the country (so a lot of retirement savings are invested in them). And they employ a lot of people.

Read more: With a billion reasons not to trust super trustees, we need regulators to act in the public interest

We should stop assuming the Australian Securities and Investments Commission and the Australia Prudential Regulatory Authority, among others, are unquestionably acting in the public interest and start asking a bunch of questions.

What are the backgrounds of the people who head up these organisations and what perspective does that lead them to bring to the job? What jobs do they get after they leave the regulator, and how might that affect their motivations while acting as regulator? What would be the social sanction imposed on them if they decided to get really tough with financial industry players?

What about the politicians who make the laws in the first place? Are they really acting for all Australians with a thoughtful and balanced perspective? Or do they represent tribal interests?

Regulators typically aren’t bad people. But sometimes they have bad implicit incentives. And the laws they are tasked with enforcing often favour a particular group – quite frequently those being regulated.

We need to close revolving doors, provide more resources to regulators and scrutinise what they do much more. Let’s not be naive about regulation.