This is a great question, Liam.

Some people believe that humans will always be smarter than robots. Some people say that robots are not as smart as we think.

We know a lot about human brains, but not enough to design a robot that has a brain as complex as ours.

You could think of a robot as a type of computer. Similar to our brain, robots have a computer inside their body to do the thinking for them. These computers are still not as complex as a human brain. However, some computers are extremely powerful and they could do things better than humans.

About 22 years ago, a robot called Deep Blue played against the world chess champion, Garry Kasparov, and won the first game. You may say that Deep Blue was smarter than Kasparov because it won the game, but let us think deeper.

Kasparov was extremely good at chess. When he was a child your age, he went to a special school to learn chess. He kept learning and practising chess until he became the best player in the whole world. 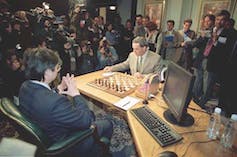 Deep Blue did not learn how to play chess. It simply followed instructions given by a team of smart human scientists. By following these instructions, Deep Blue won against Kasparov. It played better than Kasparov, but this was only because of the clever humans who designed it. It could not learn like Kasparov.

In 2017, another robot named AlphaGo Zero, learnt to play a much harder game called Go by playing five million games against itself for a few days using an extremely fast computer. A human will take at least 570 years of continuous play without sleep or rest to play five million Go games.

AlphaGo Zero defeated world champions, both humans and robots. Today, it is the best Go player in the world. Better than any human and it even learnt to play by itself without going to a school or help from any scientists. But the only thing it can do is play Go.

What does it mean to be smart?

Smartness is not just about winning or learning. The humans who designed Deep Blue and AlphaGo were smart because they worked together as a team to solve a problem that nobody could solve before.

Real smartness is to be a good person who helps others when possible, contributes to the community, and works with others to make the world a better place. Humans are smart when they work together, respect one another, and when they help each other in the community. They are smart when they do the right thing like looking after animals who cannot look after themselves.

If we develop very smart robots, they could help us. But some people are worried about making robots 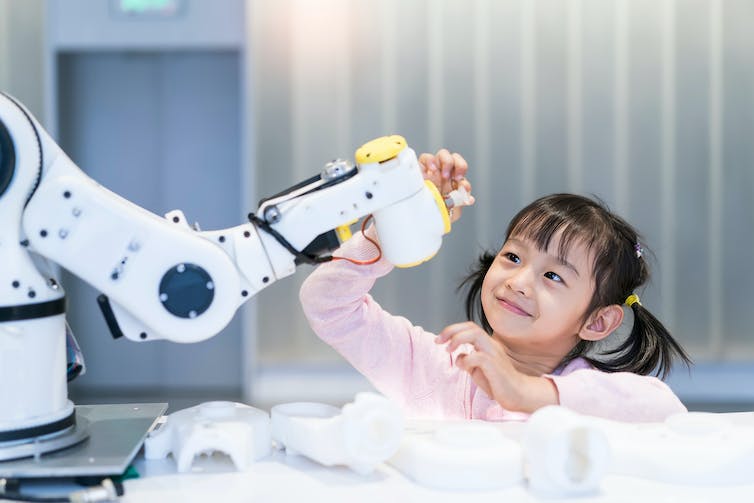 If robots become smarter than humans, I hope they will help all humans have better lives. asharkyu/shutterstock, CC BY

And so, even though we have amazing robots today that do lots of things better than humans they are not as smart as humans yet. How long will it take robots to become truly smarter than humans? It’s very hard to say.

Humans are creative and any scientist may come up with a clever idea very soon to design these super smart robots. Maybe this scientist is you, Liam. If you study hard, you might become this scientist who designs the smartest robot ever.