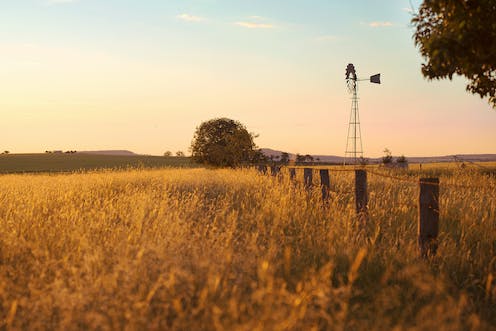 Governments change priorities all the time. Some argue governments will focus on developing regional areas at one point in time and then refocus on major cities at another.

Our research shows that there are cycles in how much priority governments attach to regional issues. But these fluctuations are overshadowed by a larger, long-term trend towards greater involvement with regional communities.

Our findings show that regional Australia matters more today than it has at any other time since the 1940s.

Inattention to particular constituencies can be costly. Victoria’s Kennett government lost office in 1999, when regional communities such as Ballarat and Bendigo became disillusioned with what they saw as a Melbourne-centric government.

This was a time when governments in other states, and nationally, were paying more attention to regional voters, with the Howard Coalition government nervously watching One Nation as a growing political force. In Queensland, the pressure was more acute, with a few regionally focused conservative politicians claiming seats in parliament.

Read more: How big ideas for regional Australia were given short shrift

Appointing a minister with regional responsibilities is one clear marker of intent in the government of the day. John Sharp, the Howard government’s first minister for transport and regional development, released a budget statement with 19 major investments in regional areas. These included money for drought assistance, rural roads, and counselling and support services for young people and families.

The Coalition government has not simply sat idly as regional Australia continued to suffer from neglect.

We examined all state and Australian government gazettes from 1939 to 2015 to find out how many “regional” ministers were in place over time. Our criteria were for the term “regional” to be in the title and for the representative to have responsibilities associated with improving the well-being of rural and remote communities.

We then used our data to develop an index, in which we gave a score of 1 for each month in the year where an identifiable regional minister held office.

Our results, in the table above, came as a surprise. It is clear that political engagement with the regions has grown rapidly since the late 1980s.

Previous research has suggested the 1940-1960s period was one of strong governmental commitment to the regions. This was reflected in announcements on the need to “decentralise” the population.

But our data suggest the notion of a “golden era” of regional policy and government support prior to the 1970s is misplaced.

Nation-wide policies in support of agriculture, mining or infrastructure development supported regional communities. But the well-being of these places was not the primary goal.

From 1972 to 1975, the Whitlam government was committed to addressing inequalities associated with where people live. This brought fresh enthusiasm for regional portfolios in state governments, but that tide quickly waned as the political climate changed.

Read more: Election 2016: how well are the major parties meeting the needs of rural and regional Australia?

Australian governments did not begin to appoint regional ministers as a matter of course until the late 1980s. This was a period linked to the end of old-fashioned, class-based politics and the rise of our more complex political landscape.

The trend has continued since and the presence of the six regional ministers and one parliamentary secretary in the halls of political power means there has never been a better time for regions to lobby governments.

There are now more ministers than ever before ready, able and willing to receive delegations and advocate for country towns, rural industries and remote Australia.This means regional leaders have an opportunity to be heard in the run-up to the NSW and federal elections. The challenge is to determine the key messages and how they should be delivered.