To reimagine a classic and present it as a story relevant for our times takes more than fiddling around the edges. It requires a courageous retelling, and that is just what South African dancer and choreographer Dada Masilo has done with her Giselle.

This ballet, based on a Slavic legend, was first performed in 1841 and set in the Middle Ages.

In the original story, Giselle is courted by the nobleman, Albrecht. But they cannot be together, as he is already betrothed. Giselle suffers deeply when he is forced to leave her and she dies of a broken heart. Soon her spirit is roused from her grave by spirits known as the Wilis and their queen, Myrtha.

These avenging ghosts force any man they encounter to dance until he dies of exhaustion. When Albrecht faces this terrible fate, Giselle rescues him. Through this act of forgiveness she is released from the hold of the Wilis and her spirit can rest.

Dada Masilo is having none of this. She follows the original story outline but changes it in significant ways, making the story cleverly contemporary. 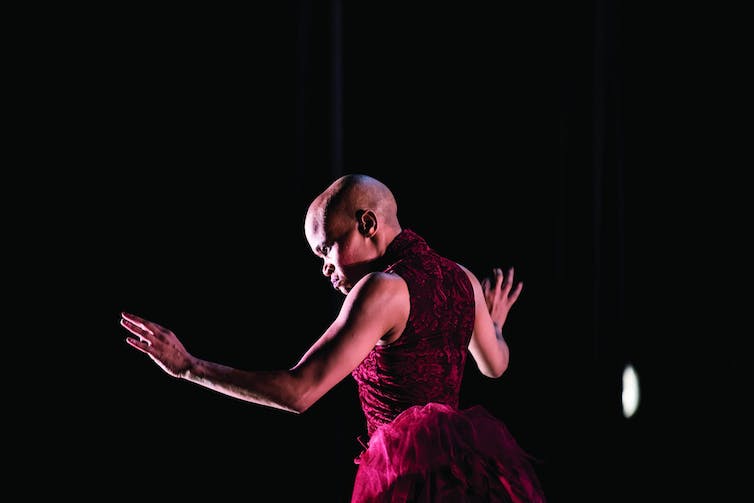 This is apparent from the start. The original medieval peasants bringing in the grape harvest are now farmers toiling in the field under a hot sun. The work is back-breaking and the local “nobles” are cruel and arrogant.

When Albrecht courts Giselle we are swept up in the romance through their beautiful pas de deux. But in this version, when he reunites with Bathilde, his equal and his betrothed, he does so with relish and without any thought of Giselle.

This makes his actions towards her all the more terrible: it is deliberate abuse, not an impossible love between two people from different social classes as in the original.

The most emphatic change in this retelling, though, is the role of the Wilis. They become avenging spirits who are powerful and have agency. The men they meet are tormented and beaten to death, rather than dying from exhaustion. Their queen, Myrtha, is a sangoma, a shaman-like figure from South Africa who communicates with ancestors but is also a traditional healer.

The set for Masilo’s production is sparse, with projections and lighting creating the settings. The opening image of an idyllic landscape is ironic, presented in black and white like a pen and ink drawing. Other images of clouds which slowly change colour create a range of atmospheres, from warm autumn days to ominous sunsets. 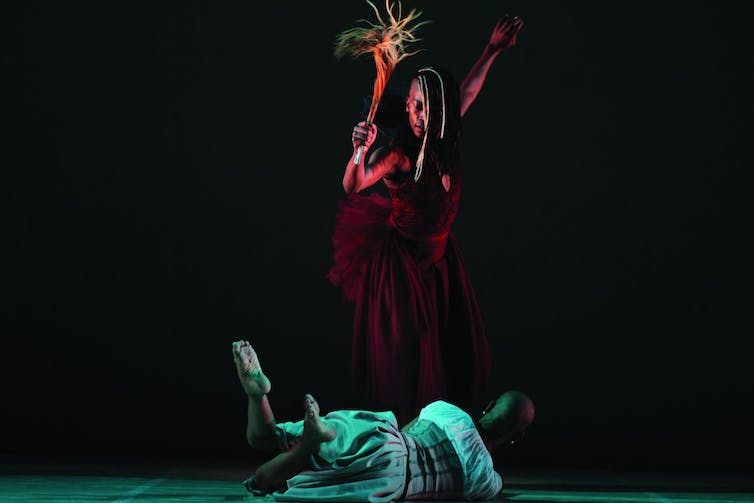 The most emphatic change in this retelling is to the role of the Wilis. John Hogg

The effect is to keep our focus firmly on the dancers, who are all sensational. There is no corps de ballet here to provide crowd scenes or spectacle, only a company of 12 dancers. But they are also actors, using voice, song, chant and expression to convey the story.

As Giselle, Masilo is brilliant, with an impressive emotional range. We journey with her as she transforms from being a carefree, cheeky, young woman, through her humiliation, anger and then revenge.

Xola Willie as Albrecht is charismatic and seductive, the perfect portrayal of the narcissist we cannot help but like, even though we know Giselle will suffer at his hands.

When he finally rejects her for Bathilde, danced by an impressive Liyabuya Gongo, Giselle disintegrates before our eyes. Her solo dance before her death is filled with pain and equally painful to watch.

The slow funeral procession across the stage that follows is accompanied by a recording of a traditional hymn, Hamba Nhliziyo Yami. The lyrics translate as “Go to heaven my heart, for there is no peace on earth”, and the scene ends with one moving moment as Giselle’s mother (Sinazo Bokolo) picks up her child and carries her away.

Llewellyn Mnguni’s Queen Myrtha is portrayed as androgynous. The power and intensity of this performance pulls us into the mystical world of the Wilis as they wreak their revenge.

The choreography throughout is sensational. It blends classical ballet with contemporary dance, but is rooted firmly in the energy and movements seen in South Africa, such as traditional Zulu dance. 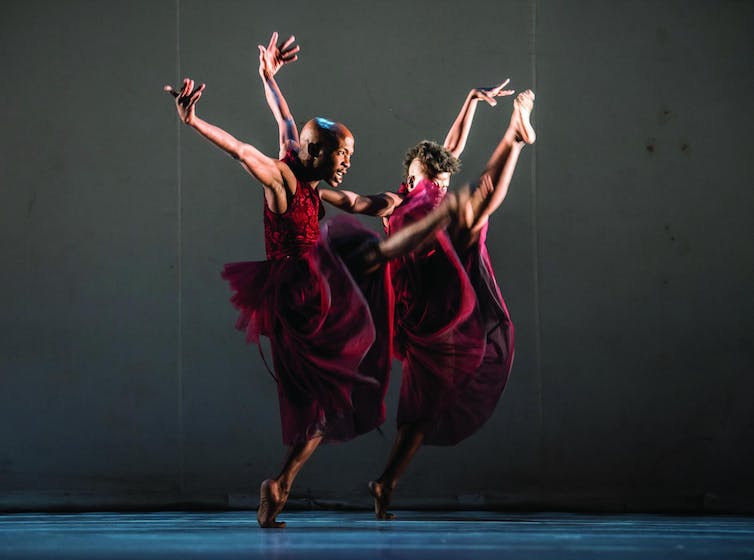 The sparse set for Masilo’s Giselle allows the dancers to shine. Stella Olivier

The contemporary soundtrack has echoes of the original orchestral arrangement but is mixed with drums, electronica and pumping bass lines. Like the choreography, it blended many musical styles and was a fitting accompaniment. However, even though the recorded music was excellent, it lacked the vibrancy of a live performance.

The final scene after the Wilis have killed Albrecht is both magical and sinister. It reflects the funeral procession across the stage that ended Act One, but this time the dancers walk in the opposite direction. One by one they throw a white powder into the air. This hangs like clouds above as each of them exits, symbolising their release from the spirit world to eternal rest.

Giselle is the last to leave. She approaches Albrecht’s prone body, throws her powder, then walks over him as if he did not exist. This Giselle’s innocence has turned to revenge, and she does not forgive.

Giselle is being performed as part of the 2019 Perth Festival until March 2.