This is an edited extract from Judith Brett’s new book, From secret ballet to democracy sausage: how Australia got compulsory voting), Text Publishing, 2019.

Not many countries compel their citizens to vote, but Australia is one. Voting is compulsory in 19 of the world’s 166 electoral democracies and only nine strictly enforce it. None of Europe’s most influential democracies has it, and none of the countries in the mainstream of Australia’s political development: not the United Kingdom, the United States, Canada, New Zealand or Ireland.

People from our sister democracies are often astonished that Australians are compelled to turn up to vote: it seems an affront to freedom. We in reply are appalled at their low turnouts and the election of leaders and governments by a minority of voters. 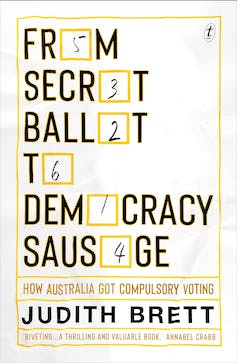 In the 2016 American presidential election, the percentage turnout was in the high fifties. Donald Trump did not have the support of the majority of voters, but neither would Hillary Clinton had she won. Britain’s disastrous 2016 decision to leave the European Union was carried by a slim majority of the 72.2% of voters who turned out. At Canada’s 2015 election, which brought Justin Trudeau to power, the turnout of 68.3% was the highest in 20 years. These are percentages of registered voters, not of all those eligible to vote. In none of these countries is it compulsory to be on the electoral roll. In Australia, registration has been compulsory since 1911. Turnout in Australian elections is always above 90% of registered voters, and in the high eighties of those eligible to enrol. It has been compulsory to vote in Australian federal elections since 1924, when a private member’s bill passed through both houses in a single day with scarcely any debate. Geoffrey Sawer, doyen of Australia’s legal historians, famously wrote: No major departure in the federal political system had ever been made in so casual a fashion. Sawer was wrong: the ease of the bill’s passage was not because of lack of attention. Rather, it was uncontroversial because it expressed the political culture that had developed in Australia since the middle of the 19th century, when the colonies became self-governing. This political culture was majoritarian and bureaucratic. Australians wanted their governments to have the support of the majority of electors, they preferred their elections to be orderly and they were happy for them to be run by government officials. By the time voting was made compulsory for federal elections, the arguments for and against had been thoroughly aired, and for 13 years it had been compulsory for all eligible adults to be on the electoral roll. The paucity of debate Sawer noted was not a sign of indifference but of relaxed acceptance of an outcome long in the making. Support for compulsory voting among Australians is consistently high. Since the earliest opinion polls on the matter, in 1943, it has never been less than 60%. Support grew in the decades following the second world war and since 1967, it has bounced around in the 70% range. The lowest was 64% in 1987, and the highest 77% in 1969 and 2007, both elections in which there was a surge to Labor. Respondents were also asked if they would vote if it were voluntary and more than 80% said Yes. They were telling the truth. This is around the number who took part in the non-compulsory same-sex marriage survey in 2017. 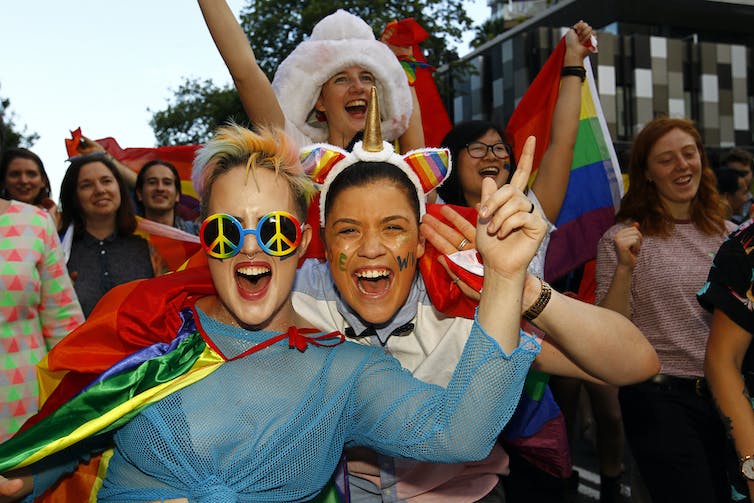 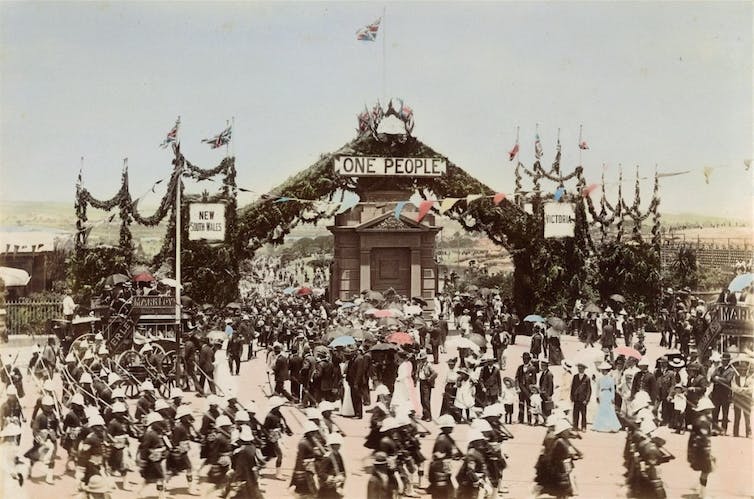 Celebrating federation in Australia, 1901. Museum of Australian Democracy The federal Franchise Act and the federal Electoral Act were both passed in 1902, the first quickly, the second after extensive debate. The disenfranchisement of Australia’s Indigenous people, even as white women were being given the vote, is notorious, but in most other ways these two acts were astonishingly democratic and they laid the foundations of our electoral system. There were crucial developments in 1911, when Labor made registration compulsory and introduced Saturday voting; in 1918, when preferential voting came in; and in 1924, when voting too was made compulsory. Australia was born not on the battlefield but at the ballot box. Sixteen years after the 1899 referendum which accepted the constitution, and 14 after the Commonwealth was proclaimed in 1901, the nation was born again, on the Gallipoli Peninsula, as the mettle of its men was tested by war. The Anzac Legend is a core Australian foundation myth. But we need more than stories of blood and heroic sacrifice, compelling as these will always be, if we are to understand our peacetime nation. The story of how we got compulsory voting is no less definitive of who we are.