Domestic violence creates an unhealthy and toxic family environment that devastates the lives of all members of the family.

Domestic violence not only causes physical injury, it can also contribute to a range of mental health issues, including anxiety, depression and post-traumatic stress disorder.

For children, the trauma of witnessing or experiencing violence can accumulate over time. This can contribute to severe social, behavioural, emotional and cognitive problems, which persist into adulthood.

Prime Minister Scott Morrison recently announced A$328 million to combat domestic violence. The investment is focused on housing solutions and front-line services for women and children.

While this investment is very welcome, we also need to stop violence occurring. This means also focusing on perpetrators, who are most commonly men.

We need to engage and motivate men to reduce unhealthy behaviours, seek help early, and stop using violence in their intimate relationships.

What do behaviour change programs do?

Men who use domestic violence are likely also to experience alcohol and other drug issues, depression, suicidal thoughts, stress, anxiety and low self-esteem.

In Australia, the preferred referral pathway for men who use domestic violence in their intimate relationships is men’s behaviour change programs. Most men are referred to these programs from courts or lawyers. 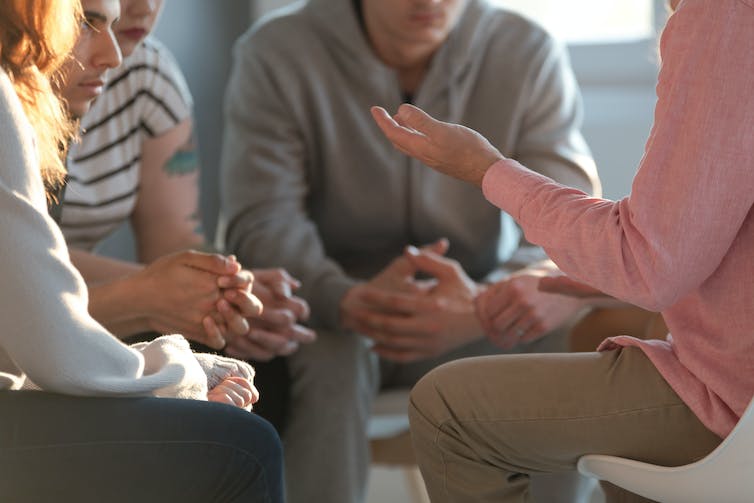 One model, the Duluth behaviour change model, focuses on exposing beliefs that reinforce abuse. It encourages accountability and taking responsibility for behaviours.

But the use of these programs in Australia is plagued by a major issue: men are often mandated into a program only once their behaviour becomes so severe that they’ve been charged with an offence.

Instead, we need to engage men earlier by increasing their awareness and motivation to seek help for their violent behaviour.

A key challenge for men’s behaviour change programs is participants’ lack of readiness to change. This is because most men who use domestic violence are ordered into treatment by courts, or forced to seek treatment by their partners or child services.

But men who volunteer to participate in behaviour change programs are more likely to alter their behaviours in the longer term than those who have little choice but to take part.

Many men who use abuse don’t realise their controlling and intimidating behaviour constitutes domestic violence.

Helping men identify their abusive actions as domestic violence is an important first step towards changing behaviours. Some men are so conditioned to violence that they can struggle to recognise the harm of what they’re doing and its negative impact on their families. This conditioning often occurs as a result of their own upbringings, and either witnessing or experiencing domestic violence.

Friends, family, general practitioners – even barbers – could potentially be trained to identify domestic violence and hand out referral options.

New technologies and social media can play an important role. As part of our research, we have engaged men to develop their digital stories to motivate others about seeking help early. Here is one example:

We have also worked with men who use violence and with the organisation No to Violence, the peak body for services, to develop an early intervention for men to reach out for help to change their use of violence.

The resulting Better Man website helps men identify their behaviour as domestic violence and develop and motivate a greater readiness to change and seek help early.

Better Man has three modules: Better Values, Better Relationship, Better Communication. It engages men in the community and provides them with awareness and motivation to seek help for their violent behaviour – before the justice system intervenes.

The No To Violence website asks men, ‘Is your behaviour causing problems for your relationships or family?’ and uses these questions as prompts. No to Violence

All men are prompted to contact the Men’s Referral Service and other services, if they are using abusive, violent or controlling behaviours in their relationships.

As an initial pilot trial over four weeks, we recruited over 120 culturally diverse male volunteers aged 18-50 who live in Tasmania, New South Wales or Victoria to try out Better Man. It will be available more widely later this year and will be studied closely to assess its effectiveness.

Going forward, we need a greater focus and investment in reaching all members of the family, pivoting to the perpetrators and intervening early for a sustainable pathway to create safer families.

Read more: After a deadly month for domestic violence, the message doesn't appear to be getting through