In an archive in regional France, the story of a Canadian First Nations woman emerges from an old manuscript written by nuns documenting the history of their convent.

Antoinette de Saint-Étienne was of the Mi'kmaw people, whose land spanned northeastern areas of what is now Canada and the US. In the early 17th century, the fates of this First Nations woman and the nuns in a provincial French convent became unexpectedly intertwined.

Antoinette was born in Acadia, a fledgling French settlement in Canada, but she would one day sing for a queen in Paris and become a source of pride for the nuns of the Benedictine Abbey of Beaumont-lès-Tours, as an unusual convert to the Catholic faith. 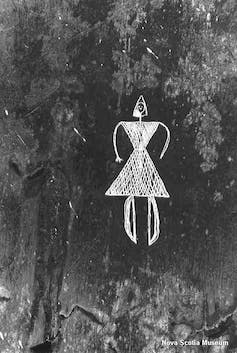 Antoinette was born in the 1620s, a time when the French sought to explore the rich resources of fur in the region and Christianise the local people.

Her parents were a Mi'kmaw woman, who is not named in the nuns’ chronicle, and a French Protestant man, Charles de Saint-Étienne de la Tour. He had arrived in Acadia as an adolescent and quickly learned to live among the local people. In 1631, he was appointed governor.

The Mi'kmaw traditionally moved seasonally across their lands, their lifestyle strongly oriented around the maritime coasts. Their territories were among the first with which Europeans made contact in the region. Although Antoinette had been baptised by Capuchin missionaries in Acadia, the nuns’ chronicle referred to the young girl as a “little savage”.

By 1632, it seems Antoinette’s mother had died, for Saint-Étienne travelled to France with two of their three daughters. The girls were left in the care of nobleman Charles de Razilly, whose brother Saint-Étienne knew from Acadia.

Antoinette, then about five or six, was initially given to a Protestant woman named Madame de Saint-Hilaire, but Razilly had written about his young charges to his sister Louise, a nun at Beaumont. The nuns noted that Antoinette’s carer was “very zealous about her religion”.

This mattered. Protestants and Catholics were no longer at war by the 17th century, but the spiritual affiliation of children had become a new battleground between Christian denominations. The nuns wanted this exotic child to be raised a Catholic. 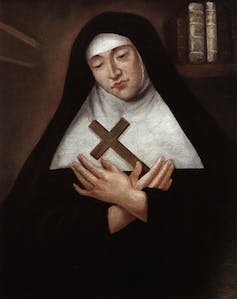 Louise de Razilly’s campaign to have the child moved to the convent’s care succeeded. In 1636, Antoinette was placed at Beaumont, “to render her capable of religious life, if it were possible”.

Having Antoinette at Beaumont was a double victory for the nuns. Her sister had been taken into the Ursulines convent in Tours, a relatively new order established in 1622.

At about the same time, so too was a novice who is best known today as Saint Marie de l'Incarnation, who went on to lead other Ursuline sisters to teach among the Indigenous people of Quebec. The Ursulines looked like the dynamic face of a Catholic Church in renewal, attracting novices from many sectors of society.

By contrast, the long-established Benedictine Abbey of Beaumont had been taking in women from the region’s most elite families since the 11th century. Having Antoinette gave traditional Beaumont a claim to the remarkable.

At the age of about 16, Antoinette asked to be formally admitted to Beaumont as a novice. The community voted its approval, and from this point on, she was no longer referred to as a “savage”. Instead, Antoinette became the “Canadian novice”.

Some years later, a passing father of the Cordeliers order attended a service at Beaumont and heard Antoinette sing. As the chronicle tells it, he found this girl’s voice “flawlessly good”, returning several more times to confirm his discovery. Upon his return to Paris, he went to inform the French queen and regent, Anne of Austria.

The queen announced that she wished to hear the voice for herself, and Antoinette was duly brought up to Paris. There, she was installed in the Benedictine Royal Abbey of Val-de-Grâce, then being built by the queen. In June 1644, Anne attended a service in order to hear Antoinette sing.

The queen declared that Antoinette’s voice was indeed beautiful “but without training” and arranged for a tutor. Antoinette was expected to remain in Val-de-Grâce and take vows as a professed nun there. 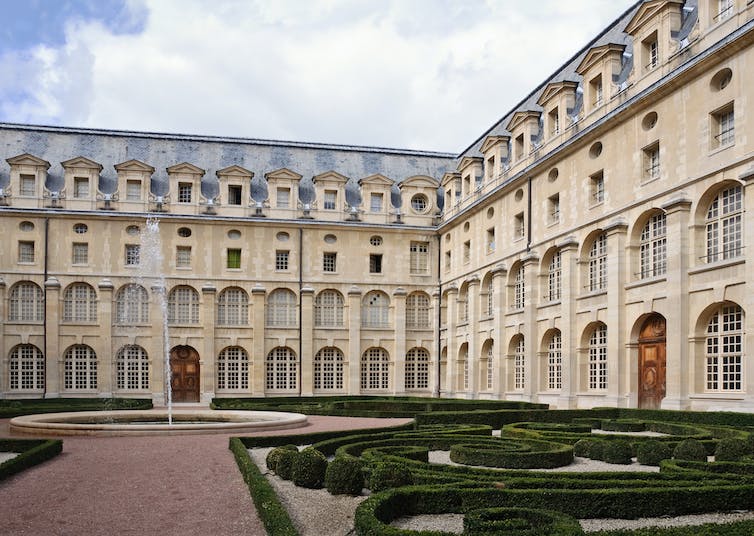 However, after eight months, she requested a transfer. According to the chronicle, she found the austerity of Val-de-Grâce too much to bear and received the queen’s consent to return to the more moderate regime of Beaumont in February 1645.

This represents one of few moments of autonomy for Antoinette in the chronicle’s account — one that reflected well on the abbey. The severity of Val-de-Grâce’s lifestyle was renowned and attracted many women. Here, though, Beaumont’s adoption of a less extreme path attracted Antoinette back to them, and in 1646, she took her vows there.

The journey of a First Nations woman

Antoinette de Saint-Étienne went on a number of journeys in her lifetime – geographical and spiritual as well as textual.

She featured in the chronicle’s narrative because it was a story of triumph for the community. In their eyes, they had saved her from a life of savagery, from Protestantism, and from the fashionable but excessive religious regime at Val-de-Grâce.

Antoinette only appears in one other place in the chronicle, in a list of nuns participating in a procession. But this makes sense from the community’s perspective. As she became a fully professed member of the community, Antoinette slips away from view.

She had become one of them, and as such, was no longer a point of exception to be documented in the chronicle. Alongside her enclosed sisters, the Mi'kmaw woman with the remarkable voice faded into the silences of history.