In a time before radio or even gramophones, songs were shared between Aboriginal groups at large social gatherings. Some songs were so popular they spread enormous distances.

One such song known as Wanji-wanji has travelled some thousands of kilometres. Incredibly, the lyrics have remained unchanged over this distance and the past 150 years it has been sung.

The song has been passed between dozens of language groups who sang the lyrics and the rhythm identically, but with varying melodies and under the guise of different names.

There are recordings of Wanji-wanji from Esperance on the south coast of Australia, to Port Augusta, throughout central Australia and the Pilbara, as far north as Broome, and as far east as Wilcannia. Wanji-wanji has some 30 verses, though usually only a selection of these is sung at any one time. 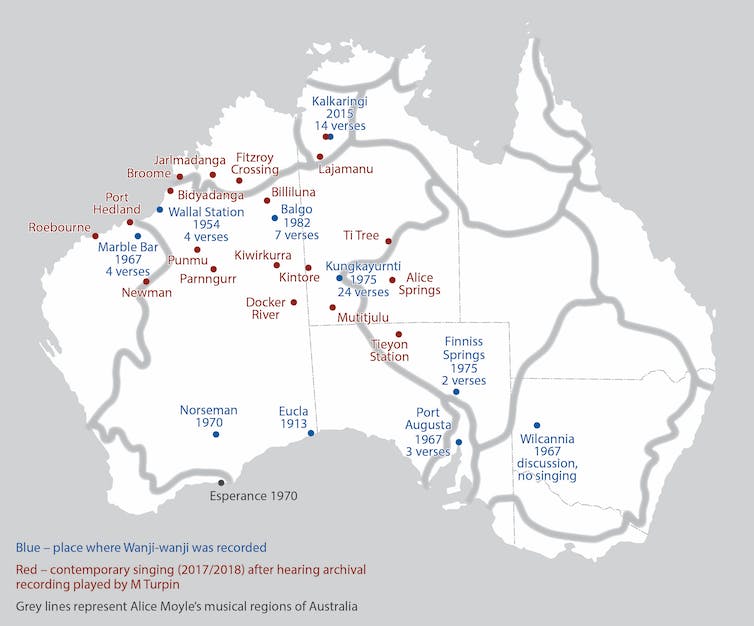 Map showing places where ‘Wanji-wanji’ has been recorded, and where it was sung in 2017/18 . Cartography by Brenda Thornley

The earliest written record of Wanji-wanji was made in 1913 at Eucla by ethnographer Daisy Bates who wrote that Tharnduriri, a 70 year old Aboriginal man, recalled it from his childhood at Uluru in the 1850s. Bates transcribed the song with the following refrain:

The Gurindji people of the Victoria River region in the Northern Territory continue to sing Wanji-wanji today, although they refer to it as “Laka”. The Gurindji learnt it from Yawulyurru Tjapangarti, a Pintupi songman. Despite the fact that the song wasn’t in their language, the Gurindji rendition of the refrain is almost identical to Bates’ notation 100 years and 2000 kilometres later:

Where did Wanji-wanji come from? Language can provide some clues, but even in 1913, the singers at Eucla were unable to tell Daisy Bates what the songs meant, as it was said to have come via the Ashburton River some 2000 kilometres away. Of course performing songs you don’t understand the meaning of has a long tradition. Just think of the number of Australian children who have learnt Frère Jacques.

Although poetic flourishes and archaisms render much of Wanji-wanji unintelligible to the modern ear (just think of Auld Lang Syne), many verses contain what appear to be words from Wati languages and beyond, such as nyinanya “sitting”. This means the songs may have originated somewhere in the vast interior of Western Australia.

No meaning for the song is known as a whole. But some singers derive meanings from individual verses, such as the verse with jilka “prickle” which is said to refer to travelling across country that is full of prickles.

Some of the words and grammar are also found in Gurindji and related languages, which were spoken on the cattle stations across north-west Australia. Whether by chance or design, the song is pan-linguistic, a true hallmark of shared experiences and social connections.

Unlike traded objects, songs could travel in multiple directions at once as different groups learnt them and passed them on. Wanji-wanji may have radiated out in many directions rather than taken a single route.

Aboriginal songs were often shared at gatherings known as “corroborees”, a word derived from the Sydney language word caribberie. Entertainment corroborees once played an important role in extending social networks, especially important in the arid regions of Australia. They can be likened to the pop songs of the era. Many Gurindji people now refer to them as “disco”.

It is easy to imagine how they could spread quickly – popular with the younger generations and freed from the restrictions of sacred songs, they could be performed anywhere and by anyone with talent. In contrast, sacred land-based songs are about Dreamings and links to country, and there are strict protocols determining who can sing them.

The advent of pastoral stations across Australia in the 19th century provided a new setting for transmitting songs, possibly taking them further than they had ever travelled before. At this time, Wanji-wanji made its way along the stock routes to Gurindji country in the Victoria River District in the Northern Territory.

The Gurindji are best known for walking off Wave Hill Station in 1966 in protest against mistreatment by station managers. Yet amidst the harsh conditions, an eclectic ceremonial life flourished. Constant travel between cattle stations by Aboriginal workers meant that Wave Hill Station became a crossroads of musical styles.

Wanji-wanji became a part of the vibrant ceremonial practices of Aboriginal station life in this region. Gurindji elder Ronnie Wavehill Jangala first learnt it as a young boy at Inverway Station. His prodigious talent was met with amazement on his return to Wave Hill Station:

With some to-do, I got up there and stood up in front of everyone. They had me stand up there in the middle to sing … All the Gurindji were amazed at me: they’d never seen such a small boy sing without shame. All the mob from the west were egging me on, “Go on, Jangala!”

Out on the stations, Aboriginal and sometimes non-Aboriginal people performed the songs as part of the evening’s entertainment. Patrick Smith “Jupiter” from Balgo recounts hearing Wanji-wanji sung by an aged white stockman in the 1990s. Patrick quipped that the white stockman had stolen a blackfella song, but his wife Marie humorously retorted that Patrick had stolen the stockman’s Slim Dusty so they were even. 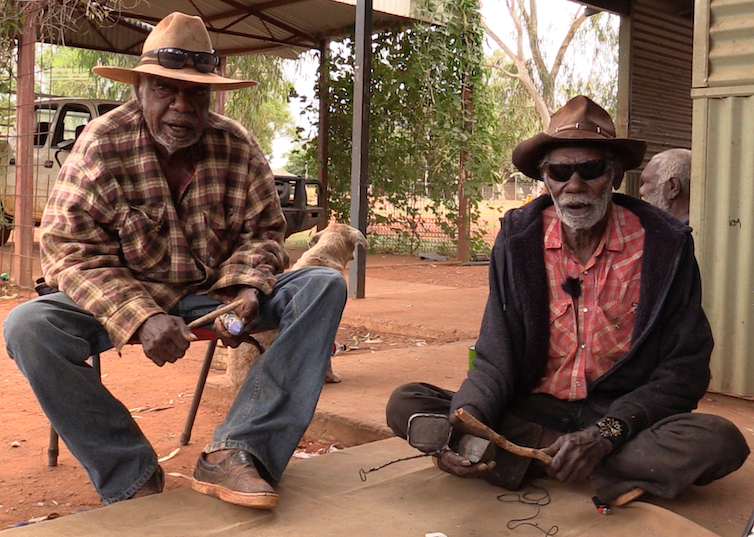 Across Australia, there is an inspiring renaissance of traditional Aboriginal music underway, especially as old recordings are being rediscovered in the archives. New songs are now being (re)composed in these uniquely Indigenous styles.

Through Lou Bennett’s Sovereign Repatriation Project, Yorta Yorta songs are being reclaimed from archives and relearnt. Julurru, a travelling song is also being revived by Indigenous people in the Kimberley region.

This renaissance has relied on good recordings and archiving practices. Even where songs are still being performed, many Aboriginal groups are profoundly aware of the fragility of these genres, which now compete with a myriad of modern styles. 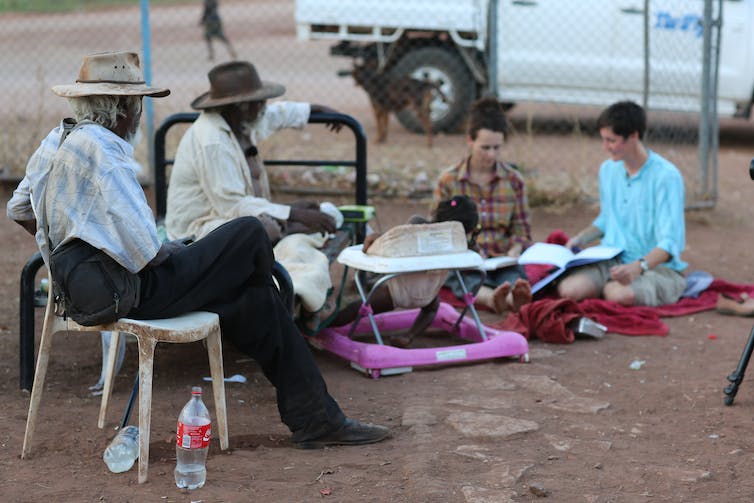 The Gurindji have been keen to document their renditions of Wanji-wanji and other songs in the form of books and websites. Violet Wadrill, Gurindji elder, explains:

We documented our public songs in a book. We want our children to get to know these songs. That’s why we’re happy they put our songs down on paper.

Note: the quote from Ronnie Wavehill reproduced above was recorded and translated in 1998 by Erika Charola. This article draws upon research compiled for a new book, Songs from the Stations.