The future management of New South Wales’s national parks is one of the issues on the line in Saturday’s state election. Other states will be watching the outcome closely.

Depending on who wins, the outcome for Kosciuszko National Park spans from restoration and recovery to ongoing environmental decay, with feral horses given priority over native species.

All political parties have been well informed about the science behind feral horses in the Australian Alps. The peer-reviewed literature shows that:

But despite the clarity of recommendations emerging from research, political parties have taken a broad range of approaches. 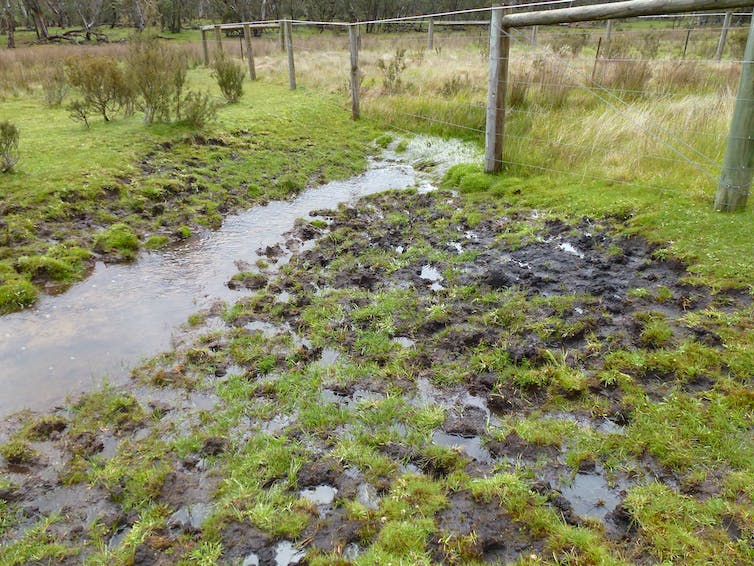 A feral horse exclusion fence. But which side of the fence are the major parties on? Author provided

The Liberal/National coalition has pledged to enact its Kosciuszko Wild Horse Heritage Bill, which was passed by the state parliament last year and aims to “recognise the heritage value of sustainable wild horse populations within parts of Kosciuszko National Park”.

This legislation would ensure several thousand feral horses remain in the park, potentially compromising the conservation goals of the park’s management plan.

This month, Deputy Premier John Barilaro said the government would “immediately” reduce horse numbers by 50%, through trapping, rehoming, fertility control, and relocating horses to “less sensitive” areas. Although he appeared to endorse an ultimate population target of 600 feral horses in front of an audience that was receptive to that idea, under pressure from the pro-brumby lobby, he later clarified that the coalition would aim to keep 3,000-4,000 feral horses in Kosciuszko.

Labor, along with the Greens and the Shooters, Fishers and Farmers party, has pledged to repeal the Kosciuszko Wild Horse Heritage Bill if it wins the election, and has committed A$24 million to restore the national park.

Labor’s plan also mentions active management of feral horses in sensitive ecosystems, and ensuring large horse populations do not starve to death. It plans to achieve these two goals by trapping and rehoming brumbies. Labor also plans to keep a “smaller population” of feral horses in areas within the national park “where degradation is less critical”.

The NSW Greens has arguably the most evidence-based policy, aiming to reduce horse numbers by 90% in three years, with a longer-term goal of full eradication.

This means national parks would be managed for native Australian species. That is important in NSW, where only 10% of the state has been allocated to protected areas, well below international standards of 17%. They would achieve this reduction using all humane methods currently available, including trapping, rehoming, mustering, and ground-based and aerial shooting.

The Greens would also fund rehabilitation of damaged habitat, and has flagged substantial funding for conservation initiatives. 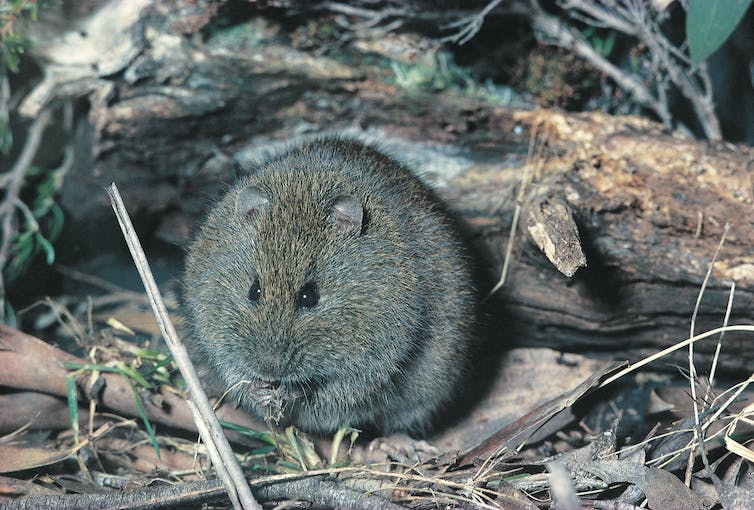 The Greens aim to put native species, such as the broad-toothed rat, back at the centre of national parks policy. Ken Green

The party, which holds one lower house seat and has two upper house members, has announced no plans for restoration of the national park.

The Animal Justice Party, which has just one upper house member in the parliament, has endorsed “non-lethal control measures” in areas that are clearly being degraded by feral horses. It says this should be achieved entirely using fertility control and relocation. The party has also described brumby culling proposals as “horrific” and called for urgent national legislation to protect them.

Read more: Why do brumbies evoke such passion? It's all down to the high country's cultural myth-makers

There is pressure from pro-brumby lobbyists to keep feral horse populations in Guy Fawkes, Barrington Tops, Oxley Wild Rivers, the Blue Mountains, and other NSW national parks. In Victoria, a pro-brumby pressure group will take Parks Victoria to the Federal court later this year to prevent removal of a small but damaging horse population on the Bogong High Plains in the Alpine National Park.

When NSW voters decide the fate of Kosciuszko National Park on Saturday, their verdict could have broader ramifications for protected areas throughout Australia.