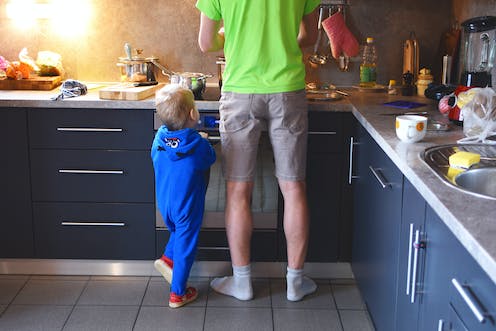 Still in 2019 women and men grapple with how best to balance work and other responsibilities in and out of the home.

Women bare the brunt of household labor, take career hits if they become mothers, and are poorly represented in the upper levels of professional careers. But the careers of men also suffer if they take time out from paid work.

Why do these issues still persist? It may be at least partly from a failure to recognise the full picture of equality.

A new paper gives eight different ways to view gender equality. Each is important but incomplete when viewed on its own in the real world, and the list is not exhaustive. These different aspects of equality need to be considered in tackling both gender inequality and work-home conflict.

My colleagues and I looked at this topic in the context of careers in science, but the findings are applicable across many industries, including medicine, law, engineering and education.

A two-minute wrap of the complexities of solving inequality in science.

Consider each of the following aspects of equality:

Let’s look at what happens when we view workplace equality with an overemphasis on one or only a few of these aspects.

Mother of all conflicts

Work-home conflict is both a symptom and a cause of gender inequality, and highlighting the issue can reinforce stereotypes about women as carers. The assumption of “negative spillover” (that family responsibilities impair work performance and vice versa, rather than being mutually enhancing) could well discourage employers from recruiting and promoting primary carers.

Downplaying the importance of work-home conflict is not the solution, however, because it implicitly devalues caring work. The devaluation of caring underpins many aspects of gender inequality, including the pay gap.

Economic analysis trumpets the productivity gains from increasing female workforce participation, but often fails to account for the economic value of unpaid labour currently done by women, a large part of which is care-giving.

Men are called to play a larger role in childcare to promote gender equality, but they are penalised more heavily than women when they take up flexible work arrangements, especially in societies where gender roles are firmly entrenched.

Read more: What if we've had gender the wrong way around? What if, for workplace parity, we focused on men?

So is the issue that women do more low-value caring work, both at home and at work? Or is the problem that caring work is perceived as less valuable because it’s done by women?

This conundrum exposes one of the biggest challenges for workplace gender equality: defining and measuring success. Inequalities between men and women are widespread, well-documented and routinely condemned, and yet it’s not clear how equality is best defined or measured. Each of our eight indicators is valid, but none is sufficient, and our list does not capture all aspects of equality.

For example, gender balance in the workplace is the goal of many equality initiatives. It is particularly important to increase the number of women in traditionally male jobs, and to provide role models and opportunities for women to meet their potential. Since male-dominated sectors attract better pay, this approach also addresses some aspects of the gender pay gap.

But efforts to attract women into traditionally masculine jobs (such as the Science in Australia Gender Equity Initiative) are not matched by equivalent efforts to attract men into feminised sectors (such as nursing and childcare). This imbalance reinforces the perception that men’s work is more important than women’s work. It also fails to address a major cause of the gender pay gap: low pay in industries dominated by women.

Further, having more women around does not automatically create gender equality. Paradoxically, research suggests female retention and progression may actually be higher in scientific disciplines where there are fewer women.

Thus increasing the number of women in traditionally male areas is important for equality, but is only one piece of the puzzle. Workplace gender equality also depends on access to leadership roles, pay equality, workforce participation, social norms, flexible work arrangements, dealing with sexual harassment, explicit and unconscious bias, access to affordable high-quality childcare and more.

Measuring progress is essential for holding leaders to account and evaluating whether equality initiatives actually work.

Equality metrics need to be used with care, however, because each only captures one dimension of success. For example, increasing the number of women in leadership roles is paramount for gender equality.

Working part-time or taking time off to care for children will almost inevitably slow career progression. Therefore women employees might be pressured to follow the “ideal worker” model to help an organisation achieve their female leadership targets. This model presumes that workers (particularly professionals) devote themselves completely to their work, and have the resources, support and desire to outsource family demands such as caring for young children or elderly relatives. Thus a narrow focus on leadership for women could inadvertently perpetuate the “ideal worker” assumption, which penalises both men and women for flexible work.

Around the world, governments, workplaces, families and individuals are working hard to tackle workplace gender inequality, but no single initiative can deliver on all dimensions of equality.

As we move forwards, it’s important to specify what aspects of equality are the focus of any given action, so that it’s clear what else needs to be done. Focusing too narrowly on any one indicator can have perverse outcomes, undermining other aspects of equality.