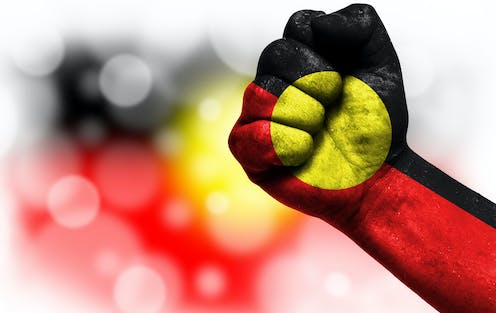 As the nation gears up for another federal election, both major parties are taking a position on Indigenous affairs. And it looks like First Nations peoples are set to be disappointed once again.

For the coalition it will mostly be business as usual: paternalism, intervention, and the disastrous Indigenous Advancement Strategy. Prime Minister Scott Morrison’s 2019 budget commitment to investigate models for the proposed Voice to parliament was met with scepticism, given Malcolm Turnbull’s claim the proposed Voice threatens parliamentary sovereignty.

The Uluru Statement called for the creation of a First Nations Voice to parliament and a Makarrata Commission. The Voice would be enshrined in the Australian Constitution, and the Makarrata Commission would supervise a truth-telling and agreement-making process formed between governments and Indigenous peoples.

Beyond this new budget allocation, there has been no sign of the Coalition acting on the Uluru Statement from the Heart.

Labor, on the other hand, has promised to establish the Voice to parliament and to then seek to enshrine the Voice in the Constitution. With seemingly more progressive policies in Indigenous affairs, Labor would appear to be the far better option for Aboriginal and Torres Strait Islander peoples.

But how much will really change for Australian First Nations under a Labor government? Aboriginal and Torres Strait Islander peoples have been disappointed before.

For instance, while the Rudd government did deliver the long-overdue apology to the stolen generations, Labor also continued the paternalistic approach to welfare quarantining, which started under Howard.

Read more: Why the government was wrong to reject an Indigenous 'Voice to Parliament'

The reality for Aboriginal and Torres Strait Islander peoples is that no party will deliver on Indigenous aspirations. It’s time for radical change on Indigenous policy.

Governments of all flavours in Australia have resisted the one thing Aboriginal and Torres Strait Islander people want, and the one thing that has made a difference elsewhere: the ability to control and manage their own lives.

The Uluru Statement demanded structural reform in the relationship between Indigenous peoples and the state. But the Voice to parliament proposal continues to centre the Australian parliament in the lives of Aboriginal and Torres Strait Islander peoples because it would have an advisory, rather than a decision-making, function.

This means while the demand for Indigenous advice might be constitutionally enshrined, there can be no promise any future government would follow that advice. Government would still be making the decisions that affect Aboriginal and Torres Strait Islander peoples’ lives and futures.

Many scholars, activists, and analysts – Indigenous and settler alike – maintain a degree of faith in liberal settler governments, or at least a belief that working with government is the only viable political option.

This is a view to which I subscribed for many years, but which I can no longer hold.

From the decade-long failings of the Closing the Gap approach to the soaring rates of incarceration and child-removal, it is clear the current system is not working and causing harm to Indigenous peoples.

As I’ve written in my new book, “The Colonial Fantasy”, meaningful change can only occur if future reforms consider a more radical restructuring of the relationships between Aboriginal and Torres Strait Islander peoples and the Australian state.

Read more: Aboriginal people – how to misunderstand their science

The future lies not in better policy, or even a new government, but in the exciting resurgence of Indigenous nationhood.

In lots of ways, big and small, First Nations in Australia are turning away from the state as the answer to their claims. They are instead drawing on revitalising culture and languages, prioritising connections to land, and nurturing their autonomy.

This is no small task. Replacing colonial authority with revitalised, self-governing relationships might seem to be an aspiration beyond reach.

There are no easy answers to any of these questions, and they must be determined community by community, clan by clan, nation by nation, by Aboriginal and Torres Strait Islander peoples themselves. But there are answers to be found.

Read more: Indigenous Australians the key to a strong Constitution

The crucial factor is that for First Nations peoples to recover from the multiple harms of settler colonialism, there must be change in the terms of the relationship. First Nations must take control of the structures, systems and services they need, free from the control and interference of the settler state.

This does not mean governments are off the hook. Treaties or other forms of agreement ought to see reparations made that will support greater Indigenous autonomy.

But decisions must be in Indigenous hands. We must let go of the idea that tweaking a policy, or changing a government or even creating a new voice in settler institutions, will come anywhere close to the radical rethink that First Nations so urgently need.