Young people – how they think and feel, how institutions (families, schools, clinics, courts) fail them – are a recurring theme in the books shortlisted for the 2019 Stella Prize.

These six surprising books – four novels, a memoir and a collection of essays – cover subject matter as diverse as grief, loss, history, childhood, and Indigenous resistance. They make risky aesthetic choices. Some feature dazzling experiments with language, structure and form. Despite, or, more likely, because of this, they also have a tight grip on reality.

They are searing and often searching; intent on excavating the “present’s beating heart”. They share an attitude that is daring, sometimes darkly funny, always serious and thoroughly unsentimental. These books are difficult to sum up or pin down. Here is our critical guide to them.

Olive May Lovelock is blessed with the sunny kind of optimism that is typical of an Australian childhood, set against the broad flats of the Mallee. She saves a joey, and tames a raven named Grace. She checks the warm wombs of roadkill for babies. Olive wears an old pair of binoculars around her neck to “see things better”, but life proves deceptive. 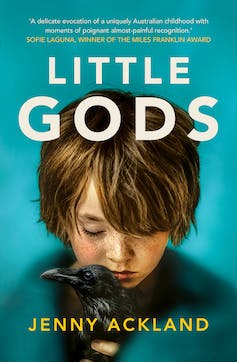 There are secrets here. A mother who rarely hugs or pays attention to her daughter, an unmarried sister whose baby is taken away at birth, an uncle who loses his pregnant wife in a car accident. When Olive finds out she had a baby sister who died – a secret that “everyone knows”, as the local school bully tells her, but nobody is allowed to tell – she is determined to find out what happened. Olive pieces together the answers out of fragments of her own memory, and those of the children around her. But memories are deceptive, “[they] get you where they want you, not the other way around”. The answers prove dark in a way that is breathless, soul-crushing and peculiarly Australian. The Bridge, Enza Gandolfo In October 1970, Melbourne’s Westgate Bridge – a “nation building project” that ought to have been a symbol of the brave, bold modern city – collapsed in Australia’s worst industrial accident, leaving 35 workers dead. 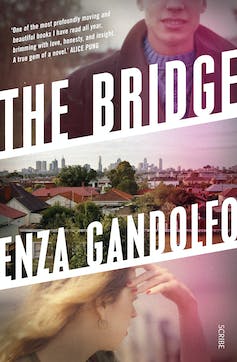 The opening pages of Gandolfo’s book conjure the physical terror of that moment, “[…] the men were falling, falling off, falling through the air”, she writes, “bashed by the flying debris; their arms reached for the sides of the girder, for something, but there was nothing”. In Gandolfo’s imagining, the Westgate Bridge becomes the site of another horror 40 years later. Jo and her best friend, Ashleigh, a granddaughter of one of the Westgate survivors, are on the verge of finishing high school, flush with the future, when their lives are shattered by a car crash – senseless, alcohol-fuelled. This novel, set among migrant communities in Yarraville in Melbourne’s west, explores how accidents of this magnitude not only waste the lives of those who die, but continue to haunt the living, who must struggle for a lifetime with the weight of trauma. This is a book about guilt, ambiguity and moral culpability. It searches amid half-made lives, misguided dreams and murky realities, asking stern questions about responsibility and remorse. Pink Mountain on Locus Island, Jamie Marina Lau Lau’s debut novel is a head trip of a book, filled with the shards of broken sentences. Written in short chapters, it embraces a contemporary reality that veers wildly between boredom and violence, mediated through retro technologies, including grainy VHS videos, and YouTube tutorials. It is sometimes hard to tell what is real and what is believable – whether there is, as Lau writes, any difference between “a false-alarm scream and a death-scream”. 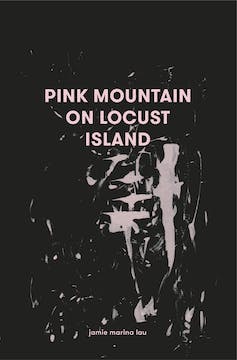 But the book is always emotionally true to the chaotic inner life of its young protagonist, 15-year old Monk, whose world hovers between childhood and adulthood, English and Cantonese, familial neglect and a desperate desire to be noticed. At one stage, Monk’s father asks, “Would you look away if somebody was forcing you to look at their emotions?” Lau doesn’t give us the chance. She makes sure we look, straight-on. Monk’s mother is absent in Shanghai, her artist father is addicted to Xanax and alcohol, and she is infatuated with a “messiah” figure named Santa Coy, who ignites all their lives – pulling Monk into a dangerous world of drugs, pushers and parties. Lau’s book captures the voice of its teenage protagonist and a new kind of transcultural millennial life in the digital age. The Erratics, Vicki Laveau-Harvie Vicki Laveau-Harvie’s memoir tells the story of an estranged daughter’s journey home, when she is summoned to care for a mother with a fractured hip. Vicki’s mother suffers from some kind of undiagnosed mental illness, which has caused her to isolate herself and her husband from the world on their rural property, set in an eerie landscape in a remote region of Alberta, Canada. Vicki’s father suffers from dementia, and Vicki and her sister are convinced their mother has been slowly starving him to death. 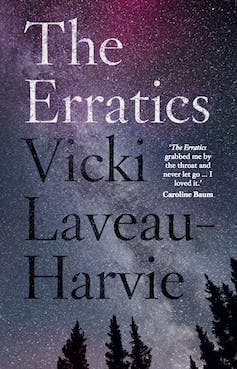 Vicki’s mother is clearly unwell, and probably has been for their entire lives. She also possesses extraordinary powers of persuasion, convincing doctors, nurses and, at times, her own ailing husband that she has no daughters, or only one daughter who is dead, or only two daughters who have both disappeared. Says Vicki: “I have a vision of my mother’s influence making its way through my father’s mind, filling the tiny spaces left by the rounded contours of his brain, solidifying around the synapses until not even his thoughts are his own.” There are hints here of childhood trauma – reasons for leaving, reasons for not caring, or even trying to care. Vicki’s sister has long ago changed her name because “hearing her childhood name cast her back into the black chasms of before”. The prose style is numb, clinically distant. It is sometimes difficult to empathise with the detached narrator and the care she cannot – or will not – show. But this is a startling memoir of family damage. We can only guess, “where there is nothing, there must have been pain”. Too Much Lip, Melissa Lucashenko Kerry Salter enters the pages of Too Much Lip on a stolen Harley Davidson Softail, “a dozen blue eyeballs popping fair outta their moogle heads at the sight of her”, with Kerry – “blackfella du jour” – barely resisting the “urge to elevate both middle fingers as she rode past”. 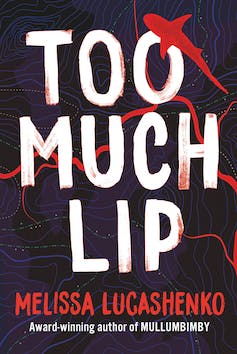 She has come to say goodbye to her grandfather, Pop Owen, and to say hello to a mother who spends way too much time “on the turps”. This is a book about colonial violence, contemporary state-sponsored violence, diffuse racism, and their relationship to domestic violence, searing child abuse, family dysfunction and intergenerational trauma. Kerry and her siblings cope in different ways, mostly thorough crime, alcohol and “too much lip”. But when the local mayor, a shady real estate agent whose grandfather terrorised Indigenous people, wants to build a prison on land that has spiritual, cultural and personal significance to Kerry’s family, they pull together and fight to save their river. Resistance for the Salters is less about the Native Title Act, and more about missing sister Donna’s commercial know-how. Lucashenko’s book is shot through with defiance and anger; present day thefts are offset by the memory of historical ones. Hers is a darkly funny, searingly violent world, in which there are no easy fixes – only hard, complicated truths. Axiomatic, Maria Tumarkin To say that Maria Tumarkin’s essay collection scrutinises our ideas about “History” and the past is inadequate. This book rips into our pieties, interrogates our easy platitudes, and forces us to see the world – words, things, people, feelings – in new ways. History is exactly the right subject for Tumarkin, because there is no easy forgetting in the world she describes, just as there is seemingly no limit to “how much sorrow and pain about the world a person can carry inside”. 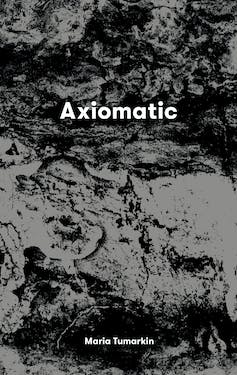 Each essay in the collection takes an axiom about history and tests it against our gritty present day realities. In “History Repeats Itself”, Vanya, a community lawyer, helps young people on a collision course with the criminal justice system “who live their lives on a highway where they are repeatedly hit by passing trucks”. In “Those Who Forget the Past Are Condemned to Re – ”, a child flees a stepfather’s violence only to be returned to a house of blood and broken teeth. Her essay “Time Heals All Wounds” is a harrowing examination of teenage suicide. One boy writes in a suicide note: “Please do not assume you know why. Even I’m not completely sure.” Facing all this would not be possible without Tumarkin’s sonorous wisdom; her capacity to turn things, words, people, sentences over on the page to see what they’re made of. Lucid and grave; this book is a revelation. The winner of the 2019 Stella prize will be announced in Melbourne on April 9.