How did the months get their names? - Sylvie, age 8, Brisbane.

The names of the months are very old and they come from ancient Rome. Rome is the capital of Italy and several thousand years ago it was the heart of a very powerful empire (which is like a kingdom, only bigger).

In the very beginning of the Roman calendar (more than 2000 years ago), there were only 10 months in the year. The Romans based this version on the ancient Greek calendar. Later, however, the Romans added in two more. The names of some of the months also changed a few times.

Here’s how the early version would have looked. 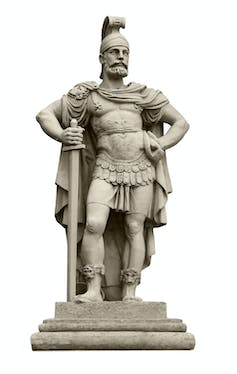 This fancy fellow is Mars, the Roman god of war. March is named after him. Shutterstock

In the early days

MARCH: Happy New Year! March was the start of the year for the Romans. The beginning of spring was the time when everyone could go out and start fighting each other, so the month was named after Mars – the Roman god of war.

APRIL: The name for this month may come from a Roman word for “second” – aprilis – as it was the second month of the Roman year.

MAY: Spring is in full bloom for the Romans in May, and this month is named after Maia – a goddess of growing plants.

JUNE: This month is named after Juno, the queen of the Roman gods. 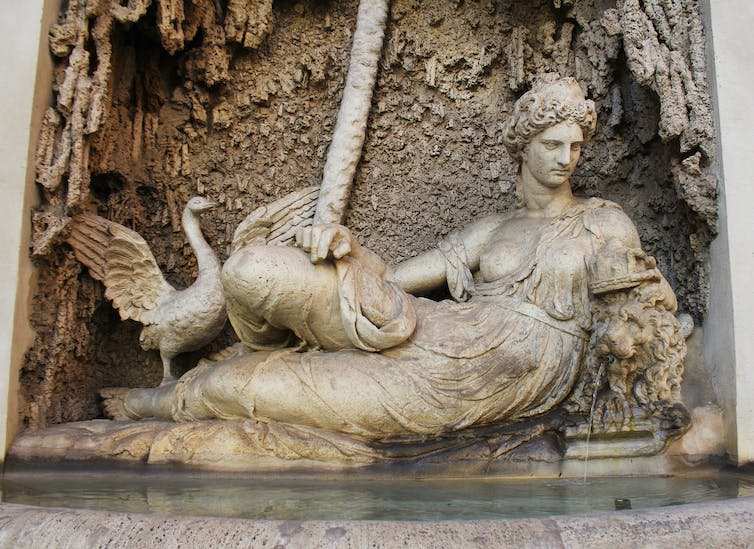 Here’s a statue of Juno, the Roman queen of the gods. June is named after her. Shutterstock

JULY: This month used to be called Quintilis – the Roman word for “fifth” as it was the fifth month of the Roman year. It was later changed to July by Emperor Julius Caesar after his family name (Julius). An emperor is like a king, only more powerful. 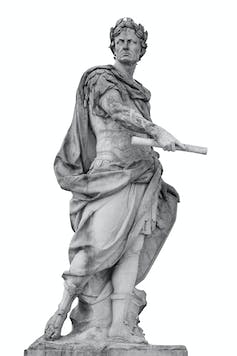 Here’s the Roman emperor Julius Caesar, who decided to name a month after his family name (Julius). He called it July. Shutterstock

AUGUST: This month was first called Sextillia – the Roman word for “sixth”, as it was the sixth month of the Roman year. It was later changed to August by the Emperor Augustus, and he named it after himself.

SEPTEMBER: The name for this month comes from the Roman word for “seventh” – septimus – as it was the seventh month of the Roman year.

OCTOBER: The name for this month comes from the Roman word for “eighth” - octavus - as it was the eighth month of the Roman year.

NOVEMBER: The name for this month comes from the Roman word for “ninth” – nonus – as it was the ninth month of the Roman year.

DECEMBER: The name for this month comes from the Roman word for “tenth” – decimus – as it was the tenth month of the Roman year.

Then a few extra months were added…

JANUARY: This was one of the extra months that the Romans added to the year. This month was named after Janus – the god of beginnings and endings. He is often depicted as having two faces. 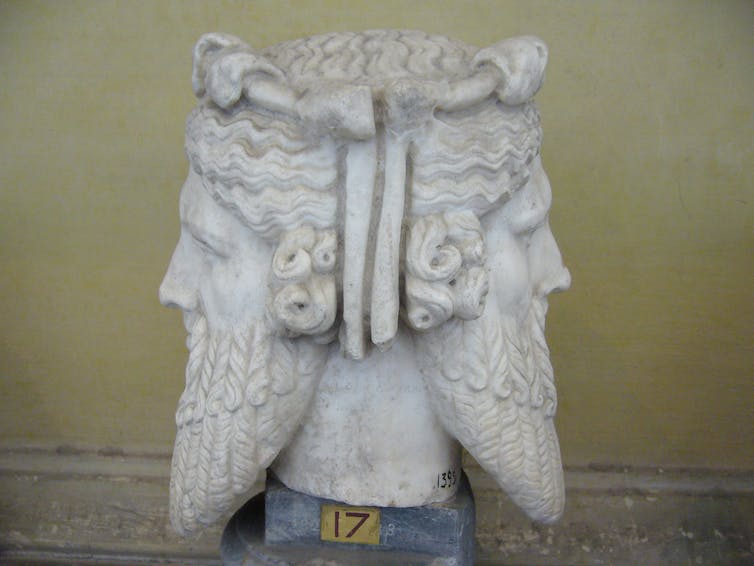 Janus, the god of beginning and endings, is often shown as having two faces. By Loudon dodd - Own work, CC BY-SA 3.0, CC BY

FEBRUARY: This is another extra month that the Romans added to the calendar. They put it right after January. Its name comes from a festival that was held at this time called Februa. The festival aimed to cleanse the city of evil spirits and welcome health and fertility.

Because the Romans put two new months into the year, the names of the months do not make sense anymore. If our year started in March as it did for the Romans, December would still be the tenth month.

But 450 years ago, people who used this calendar started thinking that January was the first month of the year. So now December in the twelfth month for the Western calendar.

Read more: Curious Kids: why are there different seasons at specific times of the year?