The Coalition’s approach to schooling policy since the 2016 election has primarily focused on its Quality Schools agenda. This centres on increased funding (A$307.7 billion in total school recurrent funding from 2018 to 2029). It also attempts to steer national reform in areas such as teaching, curriculum, assessment and the use of evidence. 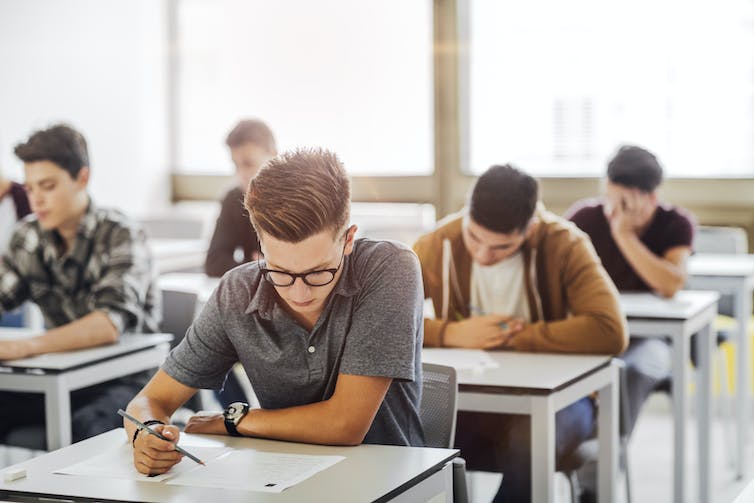 The Coalition wants to steer reform in teaching, curriculum, assessment and the use of evidence. from shutterstock.com

The government’s policies are strongly informed by the 2018 Review to Achieve Educational Excellence in Australian Schools (aka Gonski 2.0) which examined how record levels of federal funding could be better tied to evidence-based practices.

The review’s recommendations are central to the National School Reform Agreement. This ties federal funding from 2019-2023 to a number of new national reform initiatives, which include:

While the Coalition sees the agreement as heralding a positive new reform era, deals done with states to get it over the line are far from ideal, especially in the fraught area of school funding. 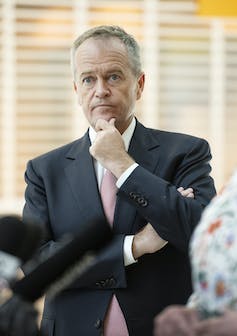 Labor and the Coalition aren’t all that different when it comes to schools policy. Ellen Smith/AAP

The agreement ensures that by 2023, private schools will receive 100% of the recommended amount under the Schooling Resource Standard (SRS) funding model, whereas most government schools will be stuck at 95%.

The states share a great deal of the blame. But it’s not a good look for a federal government promoting a commitment to needs-based funding.

A Labor government would change some elements of the national reform conversation. But the extent to which it would radically shift the current trajectory is debatable.

Labor has promised further school funding increases and flagged other reforms such as universal access to early childhood education for three and four year olds, tougher requirements for entry into teaching degrees, and the creation of a National Principals’ Academy to provide leadership training.

But Labor also shares a great deal in common with the Coalition.

Both preference a strong federal role in schooling. Both support (at least in theory) the principles of the SRS, and there is significant alignment between parties when it comes to reforms in the National School Reform Agreement.

Labor has also been promoting the idea of a national evidence institute for some time and many reforms in the school reform agreement build directly on those established by Labor as part of its “education revolution” agenda from 2007-2013.

While the parties will draw dividing lines to make a choice between them look stark, they have more in common than they would like to admit.

Since the last federal election, the Coalition has been mostly dealing with the fallout from their ambitious policy agenda conceived under Tony Abbott, as laid out in the 2014 Higher Education Reform Bill. The chief aims of this policy were to: 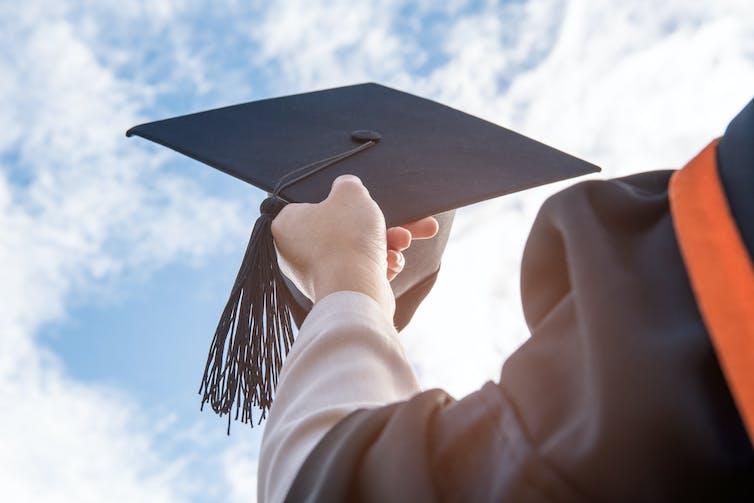 The Coalition started their new government with no clear pathway to enact their vision for higher education. from shutterstock.com

The reforms were voted down by the Senate in late 2014 and again in early 2015. This meant the government had no clear pathway to enact their vision for higher education and fewer options for reducing higher education expenditure. One way to do the latter would be to increase the maximum student fee payable.

Another option would be to freeze increases to the amount the Commonwealth subsidised the universities to teach students, so in future years it would spend less, in real terms, on higher education. The government took this option in 2017, saving an estimated A$2.2 billion. Research funding also took a hit.

The government further announced it would introduce performance-based higher education funding, though it is still not clear how, exactly, performance will be defined.

Labor says if it is elected, it will end the freeze on increases to the Commonwealth student subsidies. Labor will also conduct an inquiry into post-secondary education, with one aim being to repriotise the importance of vocational education, so it sits alongside, not beneath, higher education.

In November 2018, it followed with a further A$135 million in additional support for regional universities affected by their freeze on funding.

In response, Labor has upped the ante on the regional hubs, saying it will not only maintain support for the study hubs but will fund mentoring and pathways programs in the communities that have the hubs. It will also commit an additional A$174 million for equity and pathways funding to support students from areas with low graduation rates, many of which are in regional Australia.

There are some recurring and predictable storylines in early childhood education election policies in Australia. At the last election, the Coalition’s main storyline was affordability.

Its central platform was the Jobs for Families Package – a controversial bill that promised a simplified and more generous fee subsidy to help parents cover the rising cost of education and care. 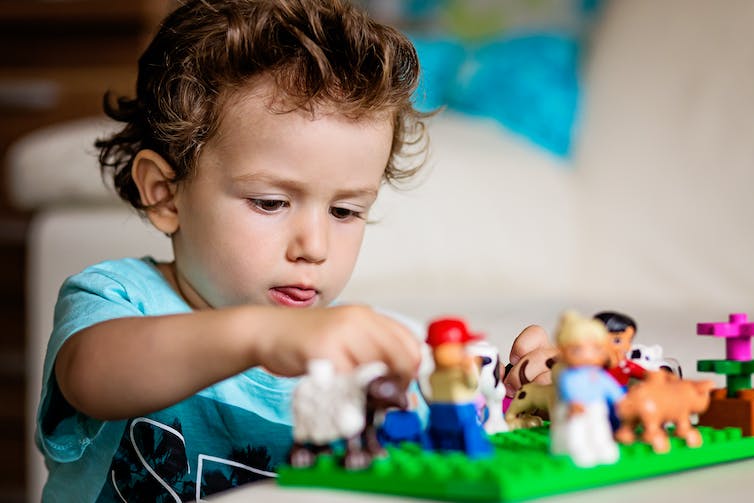 The Coalition introduced a subsidy for early childhood education, but the means test has some vulnerable children missing out. from shutterstock.com

It was controversial because it tied children’s access to early education with their parents’ participation in the paid workforce. To get the subsidy, families had to meet a new work activity test. Children whose families did not meet this test had their hours of early education cut in half.

A drawn-out battle in the Senate saw the bill eventually pass with some hard-fought amendments to support more equitable access for children and families experiencing disadvantage.

On the whole, the childcare subsidy has been a positive change for most Australian families. However, there is evidence that the continuing focus on parent work participation means some of our children in low-income families – who research shows will benefit the most from access to high quality early education – are missing out.

The Coalition’s other 2016 election commitment was funding for universal preschool education, focusing on four year olds in the year prior to school. However, this has been doled out on an annual basis. The result being no security for children, families and service providers.

In the 2019 budget, the government committed funding for universal preschool for all Australian children only until the end of 2020.

Read more: Don't be fooled, billions for schools in budget 2019 aren't new. And what happened to the national evidence institute?

This is one of two key differences between the Coalition and Labor’s early childhood policies. Labor has committed to secure and sustainable funding for universal preschool. It has also committed to expanding access to three year olds, providing two years of early education prior to school entry.

The other key difference relates to broader investment in the early years workforce. The single most important factor influencing quality and children’s outcomes are the teachers and educators working with children. Australia urgently needs a new Early Years Workforce Strategy. The Coalition allowed the previous strategy to lapse and has remained silent on matters relating to pay and conditions.