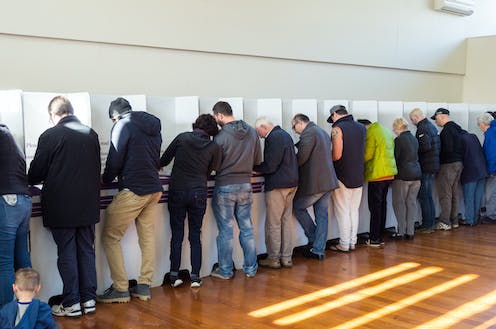 With the federal election now officially underway, commentators have begun to consider not only the techniques parties and candidates will use to persuade voters, but also any potential threats we are facing to the integrity of the election.

In the aftermath of the 2016 United States presidential election, the coverage of digital campaigning has been unparalleled. But this coverage has done very little to improve understanding of the key issues confronting our democracies as a result of the continued rise of digital modes of campaigning.

Some degree of confusion is understandable since digital campaigning is opaque – especially in Australia. We have very little information on what political parties or third-party campaigners are spending their money on, some of which comes from taxpayers. But the hysteria around digital is for the most part, unfounded.

Read more: Chinese social media platform WeChat could be a key battleground in the federal election

Why parties use digital media

In any attempt to better understand digital, it’s useful to consider why political parties and other campaigners are using it as part of their election strategies. The reasons are relatively straightforward.

The media landscape is fragmented. Voters are active on social media platforms, such as Facebook and Instagram, so that’s where the parties need to be.

Compared to the cost of advertising on television, radio or in print, digital advertising is very affordable.

Platforms like Facebook offer services that give campaigners a relatively straightforward way to segment voters. Campaigners can use these tools to micro-target them with tailored messaging.

While there is certainly more research required into digital campaigning, there is no scholarly study I know of that suggests advertising online – including micro-targeted messaging – has the effect that it is often claimed to have.

What we know is that digital messaging can have a small but significant effect on mobilisation, that there are concerns about how it could be used to demobilise voters, and that it is an effective way to fundraise and organise. But its ability to independently persuade voters to change their votes is estimated to be close to zero.

Read more: Australian political journalists might be part of a ‘Canberra bubble’, but they engage the public too

The exaggeration and lack of clarity around digital is problematic because there is almost no evidence to support many of the claims made. This type of technology fetishism also implies that voters are easily manipulated, when there is little evidence of this.

While it might help some commentators to rationalise unexpected election results, a more fruitful endeavour than blaming technology would be to try to understand why voters are attracted to various parties or candidates, such as Trump in the US.

Digital campaigning is not a magic bullet, so commentators need to stop treating it as if it is. Parties hope it helps them in their persuasion efforts, but this is through layering their messages across as many mediums as possible, and using the network effect that social media provides.

The two clear and obvious dangers related to digital are about data privacy and foreign meddling. We should not accept that our data is shared widely as a result of some box we ticked online. And we should have greater control over how our data are used, and who they are sold to.

An obvious starting point in Australia is questioning whether parties should continue to be exempt from privacy legislation. Research suggests that a majority of voters see a distinction between commercial entities advertising to us online compared to parties and other campaigners.

We also need to take some personal responsibility, since many of us do not always take our digital footprint as seriously as we should. It matters, and we need to educate ourselves on this.

The more vexing issue is that of foreign interference. One of the first things we need to recognise is that it is unlikely this type of meddling online would independently turn an election.

This does not mean we should accept this behaviour, but changing election results is just one of the goals these actors have. Increasing polarisation and contributing to long-term social divisions is part of the broader strategy.

As the 2019 campaign unfolds, we should remember that, while digital matters, there is no evidence it has an independent election-changing effect.

Australians should be most concerned with how our data are being used and sold, and about any attempts to meddle in our elections by state and non-state actors.

The current regulatory environment fails to meet community standards. More can and should be done to protect us and our democracy.

This article has been co-published with The Lighthouse, Macquarie University’s multimedia news platform.