Stephanie Bishop’s latest novel, Man Out of Time (Hachette, 2018), is a disturbing read. It is also a sophisticated work, particularly in terms of the way the author has managed narrative temporality – that is, the relation between story and time. Other novelists and aspiring writers would do well to look closely at what Bishop has achieved here.

Literary scholar Mark Currie has suggested that stories help us to reconcile what we expect with what we experience. Narrative fiction, he argues, can help us to think about the way that we anticipate, or sometimes fail to anticipate, what lies ahead. 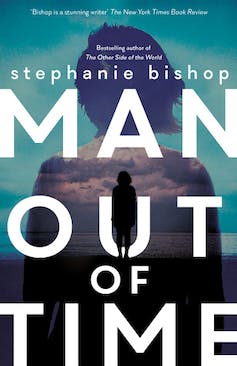 Man Out of Time opens on a chapter that follows the central character, Leon, through some of his last hours of life. It is illustrated by photographs Leon has taken of a landscape marked by humans but empty of human form. Leon’s disengagement with the world is clear, and his death is foreshadowed by references to the multiple scripts he has taken out for painkillers using false names, and by an intention to make “no error this time”. In the next chapter, the adult Stella will take a phone call from her mother, Frances. Leon has gone missing. “Has he made contact?” Frances asks Stella. He has not, and probably will not. He is most likely already dead via suicide. The weight of this knowledge sits heavily on the reader, and on the character Stella. Bishop’s achievement in Man Out of Time is an affecting portrait of a family rocked by the patriarchal figure’s long-term depression. In particular, its focus is on the parent/child relationship and because of this, it is an interesting companion piece to Jessie Cole’s Staying (2018), and to Adam Haslett’s Imagine Me Gone (2016). Depressive illness has a particular relation to time and to tense. It is as if the depressive’s perception takes place outside of ordinary continuity, unharnessed from normative understandings of cause and effect. “In what way does one thing lead to the next?” asks Leon. “He struggled with this connection”. Parent/child relationships, in contrast, are very often concerned with how a parent creates and influences a child’s future. While Man Out of Time is a story largely told in retrospect – after the opening chapters, we move backwards in time to Stella’s childhood and adolescence, and to Leon and his family’s early experiences with his diagnosis and treatment – the novel’s key preoccupation is inheritance. Will the suffering that Leon has experienced – as well as caused – be repeated by his daughter in the future? In the middle of the novel, Bishop shifts from using third person to second, and from past tense to present, to get us closer to Leon’s perspective while he’s in hospital receiving treatment: “One morning you are wheeled from your room into another smaller room”. Here is description largely devoid of embellishments. After Leon’s electric shock therapy, Bishop sharply demonstrates Leon’s profound loss of narrative desire: When you wake it is to think; No … No to the hum of the fridge. No to dripping umbrellas … No to jazz. No to sequins and leopard print. No to the banal. No to the false. No to verisimilitude. 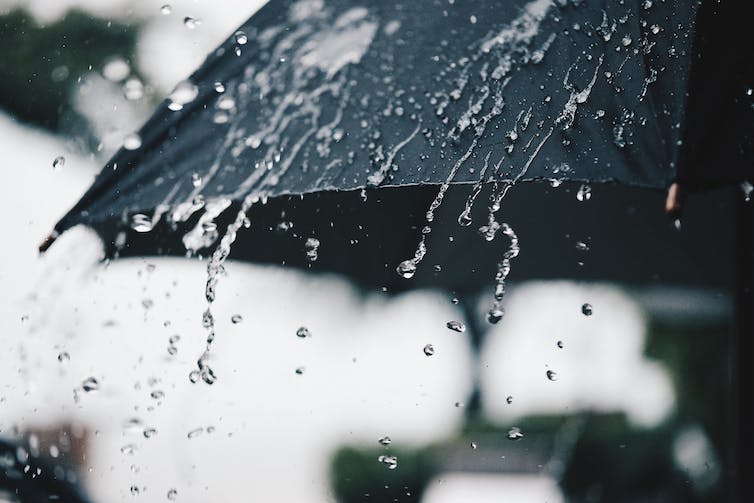 shutterstock As the chapter moves towards its conclusion, the author shifts our attention to a post-hospital phase that is future-oriented, but also just as likely to be shot through with discontinuity: Afterwards. You are told before the treatment what you cannot do afterwards – because of your memory, the problems with memory that arise of the consequence of this particular treatment. One is not to drive a car. Paradoxically, Leon’s disconnection from an ordinary life narrative and from time means that which lies ahead is deeply anticipated in this book – for Stella, for Leon and for Frances. The future will come regardless. It is coming now. During a period of convalescence at home, Leon acknowledges “a terrible sense that anything and everything that might possibly go wrong in [Stella’s] life would always be construed as his fault”. But Stella is deeply loyal to him, despite his transgressions, including his fleeting sexual abuse. Menacingly, during her adolescence, Leon tells Stella that everything she ever writes will in some way be about him. And perhaps the novel itself, which is framed as Stella’s invention, is evidence of this. Even well beyond the (by-then) acknowledged fact of Leon’s suicide, the play between the foreseeable and the unexpected is a key source of tension for Stella. While many stories move from not knowing to knowing, or from uncertainty towards explanation, this is not one of those novels. If anything, as Currie would phrase it, “progress is a process of increasing bafflement.” In the second to last chapter, years after her father’s death, Bishop describes a dream the adult Stella has, in which she is confused by an imagined set of directions from Google Maps: She did not know which path to take. She had taken neither path before. There was nothing to indicate whether the slower path would be more interesting, or whether it would simply be more tiring, and because she had never been to the place she was heading towards, there was no knowing whether the quicker route would deliver her faster to a good and pleasurable thing, or whether the experience to which her route led would be bad or unwelcome or just dull – a destination that was not so necessary after all – in which case she’d be better off taking the means without end: the slower, perhaps prettier path that she may or may not be about to take, now, as she stands at her open door, watching the pulsing signal that represents her real self, and wondering where it might go. In his critical work, The Unexpected (2013), Currie has argued that any understanding of how temporality works in contemporary narrative needs to take in what he calls a philosophy of surprise. It is instructive, in this context, that Bishop concludes a book very much slowed and distorted by Leon’s out-of-timeness with this part hopeful, part anxiety-ridden focus on the unforeseen.