A new production of an Australian opera is an unusual event. The performance of Andrew Schultz and Glenn Perry’s 2008 opera, The Children’s Bach, as part of the Canberra International Music Festival, was refreshing and welcome.

Perfectly suiting the central thematic strand of the Festival – the music of Johann Sebastian Bach – the opera is based on the 1984 novella by acclaimed Australian writer, Helen Garner. The title is derived from a book of relatively simple Bach keyboard pieces for children.

Garner herself described the musical structure underlying the novella as “contrapuntal … I wanted all the characters to have a voice”. It is a work investigating “the possibility of alternative means of communication, means other than the ‘symbolic’ or patriarchal order of language. Obviously music is one of these”. 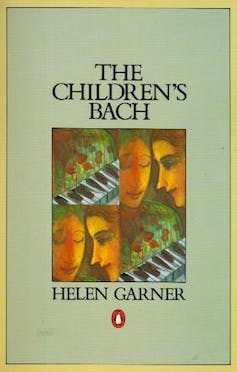 Goodreads The setting is Melbourne in the 1980s, during which the interaction between old friends and new acquaintances precipitates a series of life-changing events. At the centre is a middle-aged couple, Athena and Dexter, and their autistic son, Billy. Their seemingly uneventful existence is interrupted by a chance airport encounter between Dexter and an old friend from uni days, Elizabeth, who is meeting her 17-year-old daughter Vicky. Dexter and Athena are introduced to Elizabeth’s rock-singer partner, Philip and his young daughter Poppy. A brief affair between him and Athena follows. As the new relationships unfold, and the old ones unravel, Australian middle-class values are challenged and old myths debunked. Male patriarchy is threatened – the women in the novel have agency, while the men are seen as ineffectual. The book is saturated with music and its translation into operatic form almost seems obvious. In 2008, Schultz said of the centrality of music at the heart of the novella, “within its pages lie the conversation of tango, the sex of rock’n’roll and the deep emotion of opera.” 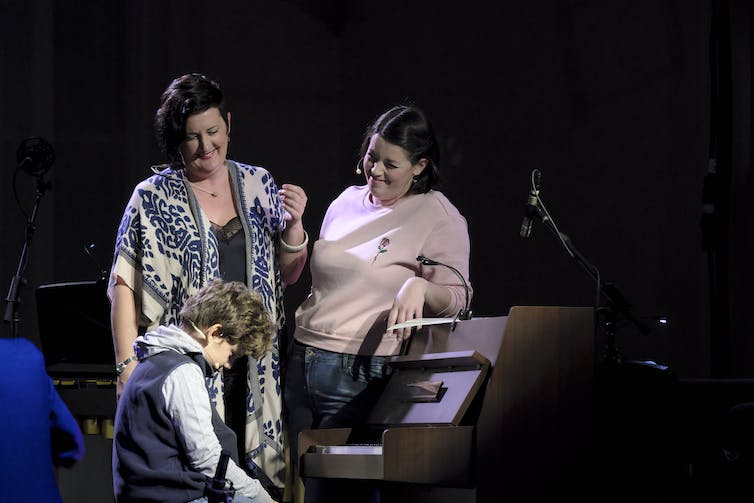 Michael Cherepinskiy, Anna Fraser, Amy Moore in The Children’s Bach. The title of the opera and book comes from a book of Bach keyboard pieces for children. Peter Hislop The opera, first performed at Melbourne’s Malthouse Theatre in 2008, is very much an ensemble piece with each character being introduced as in a fugue, a musical structure which repeats a central theme. The central thematic subject is Athena who is deeply dissatisfied with her life; much of this channelled into her frustrated attempt to learn the piano. In this performance she was sung by Natalie Christie Peluso with warm, luminous tone and an engaging stage presence, capturing the warmth and vulnerability of the character. David Greco, as her husband Dexter, sang with crisp, full, and resonant tone and utmost clarity of diction, bringing out the character’s confusion and existential despair at “modern life”. Elizabeth was sung by Anna Fraser, whose clear and warm soprano lent humanity to the character, while Andrew Goodwin’s exquisitely modulated tenor conveyed the intensity of Philip’s love for his daughter Poppy, sharply contrasted with his cavalier attitude to the other women in his life. Amy Moore, who played Vicky and several other characters, has an attractive full-toned, expressive soprano and strong stage presence. Poppy, whose series of spoken explanations of the structure of Bach’s fugues provides a connecting thread through the opera – each intervention establishing a new stage in the narrative – was sympathetically embodied by Anna Khan, while Billy was Michael Cherepinskiy, who communicates through music. His playing of Bach was a deeply moving moment, as was his duet with Vicki of the “Skye Boat Song”. 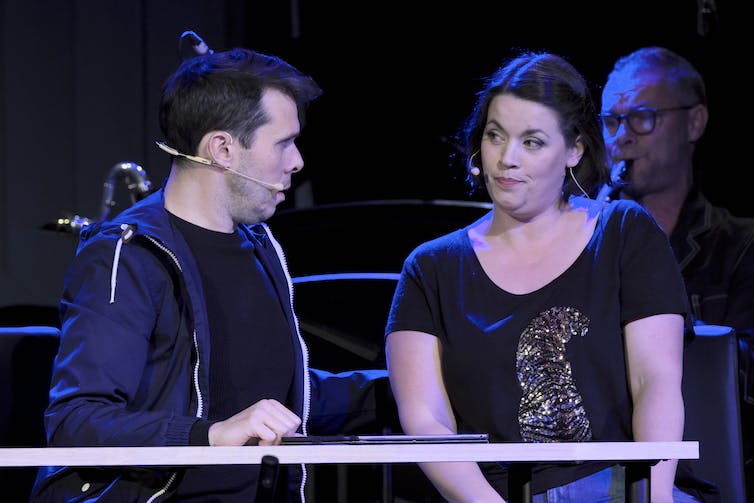 David Greco, Amy Moore and Jason Noble in The Children’s Bach. Peter Hislop This is an opera essentially about music, and the role it plays in the lives of the characters. Roland Peelman – one of Australia’s most versatile musicians – conducted the small ensemble with flexibility and precision, neatly segueing through Schultz’s stylistic musical amalgam. Peelman also staged this concert performance, always a challenging task given a lack of stage space. Schultz’s expressive and highly varied score was vividly brought to life in what is a challenging venue, not ideally suited to operatic performance. Peelman expertly brought out the myriad colours and rhythmic variation in this highly engaging music. The incorporation of Bach’s music into a variety of musical idioms in Schultz’s opera echoes Garner’s use of music in the novel, as a meditation on the vicissitudes and challenges of contemporary urban existence. These characters are all are a complex mix of conflicting desires and emotions, reflecting the deep humanity of the novel. The final poignant moments as Elizabeth and Vicki sing an extended duet describing how future events in the house will play out – a musical ending with strong undertones of Bach – will long linger in the memory: And Athena will play Bach on the piano. In the empty house her left hand will run the arpeggios and send them flying. Tossing handfuls of notes into the sparkling air.