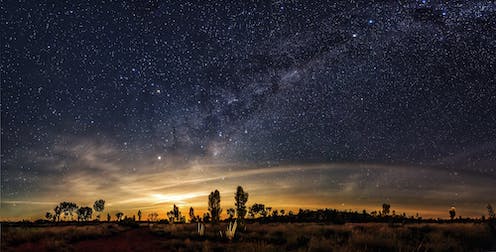 A body hangs over me. I am so close I can feel there is weight to the body. It seems to twitch in the stagnant air of the theatre with the last tendrils of spirit. There is nowhere to avert my gaze. I remind myself this is the point: to feel the overwhelming sickness and powerlessness Indigenous people so often feel.

I am sitting watching Jack Sheppard’s performance of The Honouring for the Yirrimboi Festival in Melbourne.

Sheppard asked his audience to sit with him and explore themes of grief, Indigenous suicide, and the transitionary healing of Sorry Business in Australia. I hold my grief in my throat. Sheppard gently brings the body down from its hanging place caressing this dear and valued soul that has nowhere to go. Suffering from internal sickness, pervading darkness and deep-seated trauma, the weight of reality and history is too much to bear.

Sheppard tells us this body could so easily have been his.

Read more: Why are we losing so many Indigenous children to suicide?

Indigenous suicide is a national crisis

In 2018, an Australian Senate enquiry heard overwhelming evidence from mental health experts that:

in too many cases, the causes of suicide for Aboriginal and Torres Strait Islander peoples is not mental illness, but despair caused by the history of dispossession combined with the social and economic conditions in which [they] live.

Following the deaths of an alarming number Indigenous young people earlier this year, Australian leaders were urged to declare a “national crisis”.

We know suicide is contagious. Within groups of vulnerable people, prior suicide can lead to the occurrence of others. Lifeline reports the suicide rate amongst Indigenous people is more than double the national rate; Indigenous children die from suicide at five times the rate of their non-Indigenous peers.

Australia is not on track to ‘close the gap’

The burden of suicide rests with our most disadvantaged. Its impact is mirrored in findings across child mortality, school attendance, life expectancy, reading and numeracy and employment.

Since 2005, Australia has endeavoured to “Close the Gap” with Indigenous people. Only early childhood education and year 12 attainment are on track to be met.

Mick Dodson, when he was Aboriginal and Torres Straight Islander Social Justice Commissioner, got to the heart of the issue in 1994 when he wrote:

The statistics of infant and perinatal mortality, are our babies and children who die in our arms… the statistics of shortened life expectancy, are our mothers and fathers, uncles, aunties and elders who live diminished lives and die before their gifts of knowledge and experience are passed on. We die silently under these statistics.

As a clinical psychologist and 2018 WA Australian of the year, Dr Tracey Westerman has commented that, given we have one of the highest child suicide rates in the world, it’s staggering we don’t have clear evidence of causal relationships and casual pathways to inform statistics of Indigenous suicide.

We need to acknowledge intergenerational trauma

Both major political parties have announced their intention to commit funding to stop the Indigenous suicide epidemic. Prime Minister Scott Morrison has directed $A503.1 million into a strategy to fund research and services to boost the government’s youth mental health and suicide prevention plan.

These commitments are, at least, something. But none of these policies acknowledge the need to educate non-Indigenous people about the complex narrative of Australia’s dispossession. Invasion, frontier violence and massacre exist within living memory of Indigenous families, as do slavery, stolen wages, mandatory sentencing, and myriad racist government policies across Australia that have contributed to harm – and continue to do so.

Given ongoing disadvantage, along with emerging evidence that the effects of trauma can be passed on from one generation to another, for Indigenous people, in a real sense, our “history” rests in our body. Its effect is inescapable, we do not have a choice, we do not get to decide whether intergenerational trauma affects us or not.

The prime minister has called his $A6.7 million plan to retrace Captain Cook’s circumnavigation of Australia a “great opportunity to talk about our history”, even though Cook’s voyage only went along the east coast.

This is just a small example of the widespread casual ignorance about our colonial past that means most Australians wouldn’t be able to connect the dots between One Nation’s proposed system of Indigenous identification – requiring me and my kids to undergo DNA testing to prove 25% ancestry – and the Stolen Generation strategy to breed out the colour.

There is no empathy for the impact of history on Indigenous people in Australia. Our history is not an open book. I only need to mention Australia Day to make my point. We are yet to come to terms with our entangled history, our story and how to begin a process of truth-telling.

Policies aimed at reducing Indigenous youth suicide will fail to achieve their aims if they don’t fully acknowledge the cumulative effects of our history, associated intergenerational trauma and the ongoing violence towards Indigenous Australians.

The violence of dispossession is spilling across generations and has become a disease that is destroying our families and communities. It is not safe to be an Indigenous person in Australia. Where can we have a frank and brave conversation about this?

I watch the stage as Sheppard tucks his people in to dream without ceremony, dance or song. Without the safety of cultural authority and the healing transition of Sorry Business, our people move with Sheppard through grief to despair to madness to silence. What else is there to do but sit quietly with him and begin to speak back for the dead?

This is an edited version of an article co-published with Pursuit.