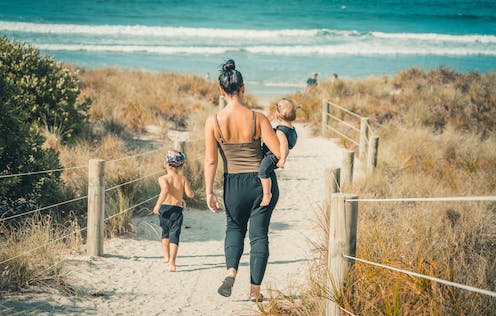 New Zealand will release its first well-being budget this week, based on a suite of measures that track how New Zealanders are doing, including how happy they are.

The latest World Happiness Report, issued by the UN Sustainable Development Solutions Network, ranks New Zealand eighth in the world, after the Nordic nations but two spots above Australia.

Critics may suggest that happiness is a meaningless political goal that can be propagandised both by turbo-capitalists and green socialists. Supporters of the politics of happiness see it as a concept that helps us to rise above partisan politics, emerging nationalism, and other ideological barriers to harmony and progress.

Read more: It's time to vote for happiness and well-being, not mere economic growth. Here's why:

The paradox of happiness

Since well before pants and shirts replaced togas, philosophers have been the main source of wisdom about happiness and the good life. A central tenet of this ancient wisdom is the “paradox of happiness”.

In essence, the paradox of happiness states that if you strive for happiness by direct means, you end up less happy than if you forget about happiness and focus on other goals. Ancient wisdom advises us not to pursue happiness directly.

But philosophers have a natural inclination for splitting hairs. As such, we would be failing our discipline if we did not point out that the paradox of happiness is not, in a strict sense, a paradox. It is an empirical irony. Normally valuable things are achieved by striving for them, but according to ancient wisdom, happiness bucks this trend.

Why does striving for happiness tend to result in unhappiness or disappointment? Many people frequently experience happiness, but both philosophers and psychologists note that we are so inept at pursuing it that if we do strive for it we fail, sometimes catastrophically, and end up far less happy than if we had never tried.

The political paradox of happiness

What does the paradox of happiness mean for the new politics of well-being?

Happiness plays only a relatively small role in New Zealand’s new well-being approach to public policy. New Zealand’s policymakers, just like many philosophers and most psychologists working on happiness, distinguish between happiness and the much more holistic concept of well-being.

New Zealand’s Living Standards Framework is a well-being framework that lies at the heart of Treasury’s policy advice. It is composed of 12 domains: subjective well-being, civic engagement and governance, cultural identity, health, housing, income and consumption, knowledge and skills, safety, social connections, environment, time use, and jobs and earnings. If we understand happiness as feeling good (and not bad) and being satisfied with life, then it only directly features in one of the domains: subjective well-being.

Read more: New Zealand's well-being approach to budget is not new, but could shift major issues

Another example is Indicators Aotearoa, developed by Stats New Zealand to measure national progress in areas New Zealanders care about. Subjective well-being is one of 27 domains in this suite of indicators. So, even if the political paradox of happiness is true, it would be an overreaction to advise abandoning a well-being approach to public policy based on one problematic domain.

Research to the rescue

Critics might still argue that the political paradox of happiness poses an important problem for part of the well-being approach to public policy in New Zealand and other nations. Why include happiness as a goal at all if doing so will result in worse outcomes than if it had been left out entirely? Luckily for the nations that already include happiness as a policy goal, this worry can easily be dealt with.

Fortunately, thousands of researchers and policymakers have been advancing global knowledge about the causes and effects of happiness and happiness-promoting activities for decades. We learn more every day about how best to measure and increase the happiness of individuals and groups with a variety of backgrounds and in a variety of contexts.

Scientific experts at the Global Happiness Council publish annual reports with research-based policy recommendations for promoting happiness. This year’s report includes a chapter on measuring well-being for central government (that mentions New Zealand 33 times) and a chapter outlining why and how to use a happiness-based approach to guide policy on health care. Such an approach would recommend putting more emphasis on mental health and end-of-life care.

Given this wealth of happiness research, politicians and policymakers can now make competent policies based on evidence. Assuming relevant data gathering and evidence-based policy making, nations like New Zealand will only get more competent at pursuing happiness over time.