The 2019 federal election, unlike previous campaigns, did not feature a dedicated debate on foreign affairs or defence. The conventional cynicism – that there are no votes in foreign policy – does not adequately explain this. It seems Prime Minister Scott Morrison and Labor leader Bill Shorten reached a shabby consensus that foreign and security policy questions were uniformly too hot to handle.

Foreign affairs is in fact among the most important challenges facing the Morrison government. The simple reason: the status quo that has served Australia so well in the past couple of decades is fast coming to an end.

Australia has uniquely avoided recession among the developed economies because it has surfed a once-in-a-generation wave of Chinese demand for commodities. Australia’s security has also been assured through its longstanding alliance with the US, while its military commitments have been kept largely at arm’s length in the Middle East and Afghanistan.

Read more: Foreign policy should play a bigger role in Australian elections. This is why it probably won't

However, as Asia-Pacific scholar Nick Bisley has commented, Australia now finds itself caught between two different forms of revisionism: the strategic revisionism of Xi Jinping’s China and the economic revisionism of Donald Trump’s United States.

Trump’s trade wars and protectionist policies are likely to be a continuing point of friction with Australia, which remains heavily reliant on Asian markets (not only China) for trade.

But China is the most important external challenge Australia faces. It’s so all-encompassing that it transcends traditional foreign, trade and defence policy silos, and includes a significant domestic dimension in terms of political interference, as well.

Even though Morrison has already served the better part of a year in office, it’s hard to be sure of his convictions on China. With his mandate secured, he now has both the opportunity and obligation to show his true colours.

Caught between a rock and a hard place

In theory, the Coalition’s election victory should mean continuity in foreign policy, as signalled by Morrison’s decision to retain Marise Payne as foreign minister.

When China was – belatedly – raised during the campaign, Morrison repeated a well-worn mantra about not having to “pick sides” between the United States and China. The former he characterised as Australia’s “friend”, labelling China as a “customer”. While this description no doubt raised eyebrows in Beijing, Morrison was arguing Canberra could “stand by” both.

The Morrison administration has generally sought to position Australia somewhere in between its chief ally and its chief customer. His reticence thus far to make waves with the country’s number one customer may be borne of a desire to maintain Canberra’s room for manoeuvre as a middle power, though this is getting steadily harder. 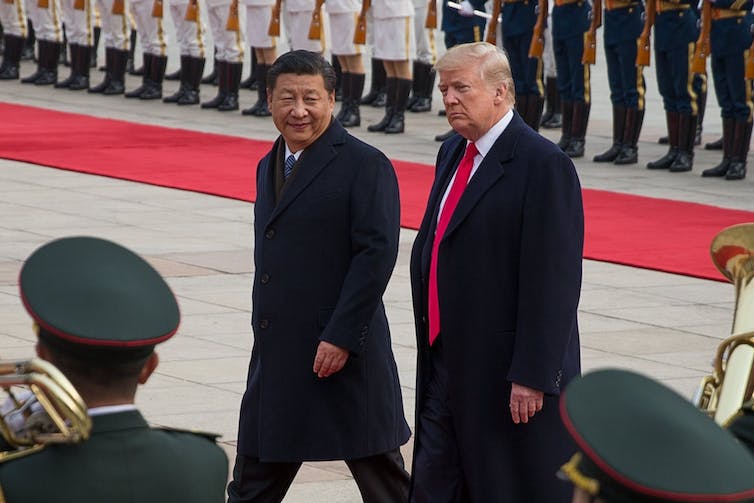 Australia could find itself in an awkward position if the rift between China and the US deepens. Roman Pilipey/EPA

If the prime minister truly believes Australia can play an intermediary role, few in Canberra’s foreign policy and defence circles would agree. To do so would only expose Australia to heightened risk, precipitating the kind of invidious strategic choices that Morrison wishes to avoid.

It also plays into the Chinese Communist Party’s objective of sowing discord between the US and its Pacific allies.

If Morrison is privately more attuned to the strategic risks China poses – and after nine months of intelligence briefings he should be – then he has a duty to prepare the public for the likelihood of tougher times ahead. Should Australia-China relations take a darker turn, it may prove difficult for the government to persuade the public to back a significant adjustment in national security policy, including increased defence spending.

Moreover, there are risks to publicly framing US-China strategic competition as a destabilising factor for Australia’s security. Australians could judge the prospect of entrapment in a confrontational US policy towards China as potentially more threatening to Australia’s security than Beijing’s deliberate challenge to the “rules-based order” in the region.

This could undermine public support for Australia’s alliance with the US, which remains the bedrock of our security.

Stepping up in the Pacific

The Pacific is where the strategic interests of China and Australia clash most directly. Morrison’s most important security policy decision thus far, announced at last year’s APEC summit, was to establish a joint naval base with the US and Papua New Guinea at Lombrum on Manus Island. This was partly aimed at denying the location to China, as well as establishing a forward ADF presence in the Pacific.

It is also notable that Morrison will visit the Solomon Islands on his first post-election overseas trip. China is inevitably part of the subtext here, as Prime Minister Manasseh Sogavare is reported to be swaying towards switching allegiances from Taiwan to Beijing – yet another sign of China’s growing influence in the region.

Of course, there is more than geopolitics to the Pacific region and Morrison must be careful to demonstrate empathy and humility, given Australia’s patchy engagement with the region and the Coalition’s ambivalence on climate change - a major grievance for most Pacific nations.

Morrison’s appointment of Alex Hawke as both minister of international development and Pacific and assistant defence minister provides easy ammunition to critics, who will charge that the government’s Pacific “step up” is narrowly conceived through a geopolitical lens.

But Morrison appears to take the step up seriously, and a commitment to reversing the relative decline in Australia’s influence in its immediate neighbourhood (note: not “backyard”). A volatile political situation in PNG further demands a close watch on the Pacific. 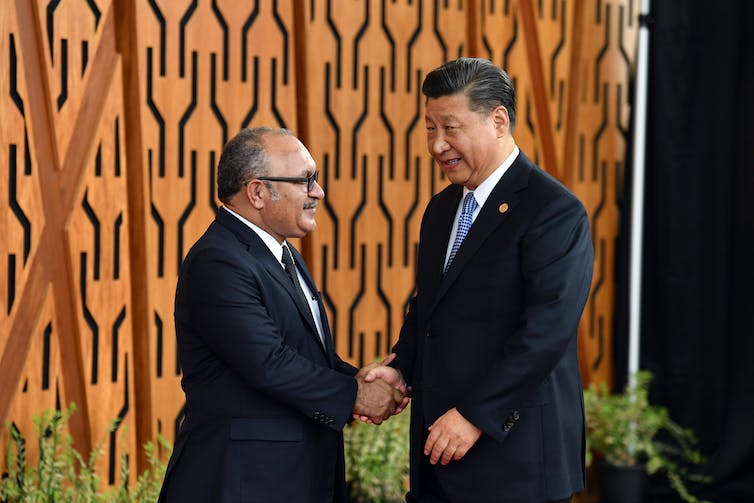 Other key alliances to shore up

Elsewhere in the neighbourhood, Morrison has fallen on his feet now that friendly incumbents in Indonesia and India – President Joko “Jokowi” Widodo and Prime Minister Narendra Modi – were also returned in recent elections, making it easier for continuity to be maintained.

Morrison was quick off the mark to congratulate Jokowi on Twitter, who promptly replied that Australia is one of Indonesia’s “greatest allies.”

By pulling off an unlikely election victory, Morrison is in the fortunate position of being the first prime minister for some time who is not looking immediately over his or her shoulder for political assassins within their party.

Morrison also has more bandwidth to devote to foreign issues than any leader since Kevin Rudd. He is disadvantaged, however, by his relative inexperience and the thinness of his front bench. That places a special burden on whoever will be advising Morrison on international security – a role sure to take on greater importance in his administration – to provide the counsel he needs and to wrangle the bureaucracy into line. For there will be no shortage of challenges ahead.