When it comes to road transport, Australia is at risk of becoming a climate villain as we lag behind international best practice on fuel efficiency.

Road transport is one of the main sources of greenhouse gas emissions and represented 16% of Australia’s total carbon dioxide emissions in 2000, growing to 21% in 2016. Total CO₂ emissions from road transport increased by almost 30% in the period 2000-16.

Fuel efficiency (CO₂ emission) standards have been adopted in around 80% of the global light vehicle market to cap the growth of transport emissions. This includes the United States, the European Union, Canada, Japan, China, South Korea and India – but not Australia.

Read more: Emissions standards on cars will save Australians billions of dollars, and help meet our climate targets

If Australia had introduced internationally harmonised emissions legislation three years ago, households could have made savings on fuel costs to the tune of A$1 billion.

This shocking figure comes from our preliminary calculations looking at the effect of requiring more efficient vehicles to be sold in Australia.

A report, published yesterday by Transport Energy/Emission Research, looked at what Australia has achieved in vehicle fuel efficiency and CO₂ standards over the past 20 years. While Australia has considered and tried to impose standards a number of times, sadly these attempts were unsuccessful. 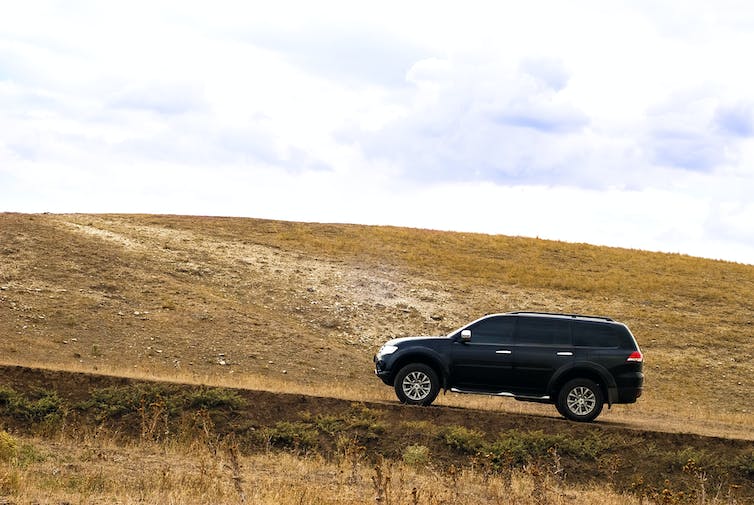 How did Australia get here?

The most efficient versions of vehicle models offered in Australia are considerably less efficient than similar vehicles in other markets.

Australia could increasingly become a dumping ground for the world’s least efficient vehicles with sub-par emissions performance, given our lack of fuel efficiency standards. This leaves us on a dangerous path towards not only higher vehicle emissions, but also higher fuel costs for passenger travel and freight.

The general expectation appears to be that average CO₂ emission rates of new cars in Australia will reduce over time as technology advances overseas. In the absence of CO₂ standards locally, it is more likely that consumers will continue to not be offered more efficient cars, and pay higher fuel costs as a consequence.

Available evidence suggests Australian motorists are paying on average almost 30% more for fuel than they should because of the lack of fuel efficiency standards.

The Australian vehicle fleet uses about 32 billion litres of fuel per year.

So assuming that mandatory CO₂ standards improve fuel efficiency by 27%, fuel savings would be 216 million litres per year.

In the last three years, the average fuel price across Australia’s five major cities is A$1.33 per litre. This equates to a total savings of A$287 million per year, although this would be about half the first year as new cars are purchased throughout the year and travel less, and would reduce as vehicles travel less when they age.

The savings are accumulative because a car purchased in a particular year continues to save fuel over the following years.

Author provided (No reuse) As a result, over a period of three years, A$1.3 billion in potential savings for car owners would have accumulated. Policy has come close, but what are we waiting for? The Australian government is not progressing any measures to introduce a fuel efficiency target. In fact, it recently labelled Labor’s proposed fuel efficiency standard as a “car tax”. But Australia has come close to adopting mandatory vehicle CO₂ emission standards in the past. In late 2007, the Labor government committed to cutting emissions to achieve Australia’s obligations under the Kyoto Protocol. The then prime minister, Kevin Rudd, instructed the Vehicle Efficiency Working Group to: … develop jointly a package of vehicle fuel efficiency measures designed to move Australia towards international best practice. Then, in 2010, the Labor government decided mandatory CO₂ emissions standards would apply to new light vehicles from 2015. But a change in government in 2013 meant these standards did not see the light of day. 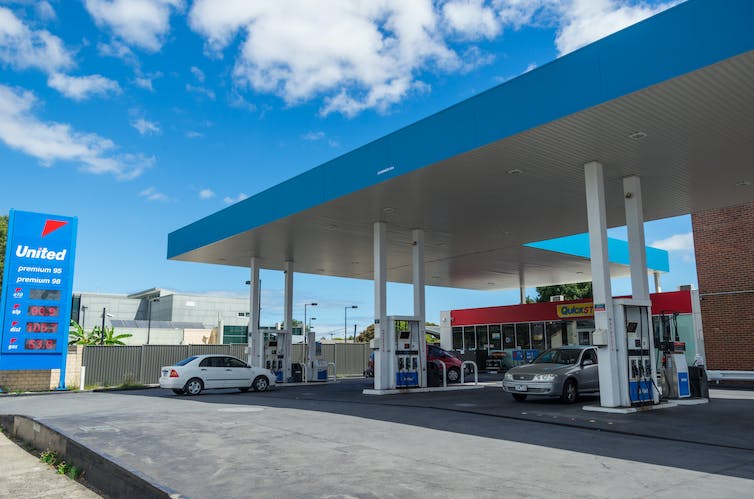 The amount of fuel that could have been saved is A$287 million per year. Shutterstock Things looked promising again when the Coalition government released a Vehicle Emissions Discussion Paper in 2016, followed by a draft Regulation Impact Statement in the same year. The targets for adopting this policy in 2025, considered in the draft statement, were marked as “strong” (105g of CO₂ per km), “medium” (119g/km) and “mild” (135g/km) standards. Under all three targets, there would be significant net cost savings. But since 2016, the federal government has taken no further action. It begs the question: what exactly are we waiting for? The technical state of play Transport Energy/Emission Research conducted preliminary modelling of Australian real-world CO₂ emissions. This research suggests average CO₂ emission rates of the on-road car fleet in Australia are actually increasing over time and are, in reality, higher than what is officially reported in laboratory emissions tests. In fact, the gap between mean real-world emissions and the official laboratory tests is expected to grow from 20% in 2010 to 65% in 2025. This gap is particularly concerning when we look at the lack of support for low-emissions vehicles like electric cars. Read more: Why battery-powered vehicles stack up better than hydrogen Given that fleet turnover is slow, the benefits of fuel efficiency standards would only begin to have a significant effect several years into the future. With continuing population growth, road travel will only increase further. This will put even more pressure on the need to reduce average real-world CO₂ emission rates, given the increasing environmental and health impacts of the vehicle fleet. Even if the need to reduce emissions doesn’t convince you, the cost benefits of emissions standards should. The sale of less efficient vehicles in Australia means higher weekly fuel costs for car owners, which could be avoided with the introduction of internationally harmonised emissions legislation.