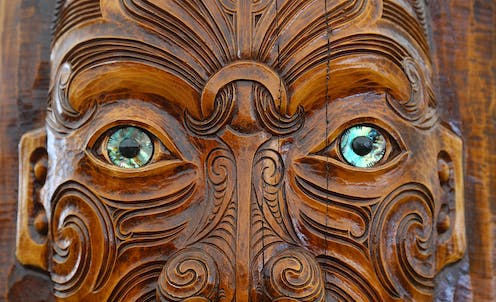 The budget makes a significant contribution to Māori self-determination. It may improve policy effectiveness in areas like education, criminal justice and the previous government’s flagship Māori well-being policy, Whānau Ora. But there is no guarantee of improvements, because money alone does not assure well-being.

Policymakers’ values influence decisions about how and why money is spent. It is equally important for Māori people and values to hold influence when policy decisions are made.

New Zealand does this well in some respects, but not in others. There is a significant Māori presence in government. On the other hand, the increased number of Māori children being removed from their families by the state welfare agency, Oranga Tamariki, is an example of deep chaos at the policy implementation level. A change in values may have greater impact than money.

Whānau Ora, an initiative that puts whānau (family) at the centre of well-being, received an additional NZ$80 million following a review that showed its integrated and culturally grounded approach to health and social service delivery is effective.

The highly successful Te Kotahitanga teacher professional development program, which had previously morphed into other educational initiatives, will resume its distinctive contribution to effective teaching practices with NZ$42 million over three years.

Budgets are statements of political philosophy. They involve more than governments supporting pet projects from an endless list of worthy causes. The Whānau Ora minister, Peeni Henare, said his portfolio’s additional funding will “support whānau to achieve their aspirations and … play a key role in local decision-making”.

The associate education minister, Kelvin Davis, expects Te Kotahitanga to “boost the capability of the education workforce to better support Māori achievement, and transform the learning experiences of Māori”.

Self-determination is the philosophy behind these two observations. The inspiration is to support Māori independence and to create space for Māori to participate in public institutions.

For example, Te Kotahitanga’s guiding presumption is that Māori should be able to learn and achieve at school as Māori. It is based on Māori high school students’ accounts of what works for them and what makes effective engagement with teachers.

Culture is not an artefact to be left at home. It is an internationally recognised human right and conditions how and why people learn. The presumption is that school is not a Pākehā (non-Māori) institution, but a place where everybody can expect to achieve in ways that are personally meaningful.

This is not a simple or straightforward aspiration for an education system, but the budget explicitly affirms a particular philosophical direction.

The idea that “culture counts” in all fields of human endeavour is evident in the well-being budget’s attention to language. But the purpose of language is understated in Māori development minister Nanaia Mahuta’s observation that language “will strengthen the partnership between Crown and Māori”.

The idea of Māori policy as a partnership with the Crown originates in the bicultural interpretations of the Treaty of Waitangi, which prevailed during the 1980s and 1990s.

Biculturalism was a philosophy of basic respect for Māori culture and values. It laid the foundations for a more robust and far-reaching concept of self-determination, which is a right for everybody, but in distinctive ways.

The limitations of biculturalism are that it positions the Crown as the “senior partner”, confuses the Crown with the Pākehā population and assumes that Māori and Pākehā always run “on separate parallel train tracks”. It ignores the implications of intermarriage and other cross-cultural social and economic relationships.

Language has a bigger purpose and self-determination has the potential to create political relationships and understandings that are bigger than a Crown/Māori or Pākehā/Māori binary.

Whānau Ora and Te Kotahitanga are examples of initiatives that go beyond that binary. They do so by creating space within public institutions (the Crown) for distinctive and culturally grounded Māori citizenship.

Iwi (tribes) and other Māori entities have long pursued independent economic and social measures. Independent self-determination is an important matter of principle and contributor to Māori well-being. But self-determination may be better served through independent institutions alongside a Māori right to participate in the affairs of the state as Māori, enjoying different but substantively equal citizenship.

Budgetary appropriations do not, on their own, determine effective public policy. The underlying political philosophies that determine how public institutions operate are important. It is not just that Whānau Ora has the financial ability to make decisions, or that a school has the financial capacity to teach Māori people, that is important. It is equally important that Māori people, as citizens and as professionals, may bring their culturally framed values and aspirations to these decisions.

Māori representation in parliament has been guaranteed since 1867. There was much consternation when for a brief period (1993-1996) under the Bolger government (1990-1999) a non-Māori minister held the Māori affairs portfolio. In contrast, for the first time in the 118 years since the Australian Federation, an Indigenous person has now been appointed minister for Indigenous Australians.

Indigenous participation at this level of government is important. But public authority is widely dispersed and there are many sites of decision-making that have a bearing on people’s well-being. This means that, rather than focusing on partnership, a budget of Māori well-being needs to be a budget of independence as well as of active and equal, though different, citizenship.