In Australia, the situation is just as dire. The Threatened Species Recovery Hub recently conducted two evaluations that aren’t yet published of extinct plants in Australia. They found 38 have been lost over the last 170 years, such as the Daintree River banana (Musa fitzalanii) and the fringed spider-orchid (Caladenia thysanochila).

But uncertainty about the number of plant extinctions, in addition to the 38 confirmed, is an ongoing concern.

Both studies pointed out the actual number of extinctions is likely to be far more than those recognised in formal lists produced by the Commonwealth and state and territory agencies.

For example, there is still a high rate of discovery of new plant species in Australia. More than 1,600 plants were discovered between 2009 and 2015, and an estimated 10% are still yet to be discovered.

The extinction of Australian plants is considered most likely to have occurred in areas where there has been major loss and degradation of native bushland. This includes significant areas in southern Australia that have been cleared for agriculture and intensive urbanisation around major cities.

Many of these extinct plants would have had very restricted geographic ranges. And botanical collections were limited across many parts of Australia before broad scale land clearing and habitat change.

There is already one well recognised Australian plant extinction, a shrub in Phillip Island (Streblorrhiza speciosa), which was never formally recognised on any Australian threatened species list. 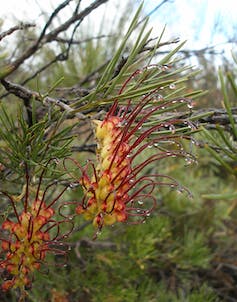 Black magic grevillea (Grevilla calliantha) is known from only six populations within a range of 8 square kilometres. In the wild the species is threatened by frequent fire, habitat loss, invasive weeds, herbicide overspray, grazing animals and phytophthora dieback. Dave Coates

Researchers also note there are Australian plants that are not listed as extinct, but have not been collected for 50 years or more.

While undocumented extinction is an increasing concern, the recent re-assessment of current lists of extinct plants has provided a more positive outcome.

The re-assessment found a number of plants previously considered to be extinct are not actually extinct. This includes plants that have been re-discovered since 1980, and where there has been confusion over plant names. Diel’s wattle (Acacia prismifolia), for instance, was recently rediscovered in Western Australia.

A significant challenge for accurately assessing plant extinction relates to the difficulties in surveying and detecting them in the Australian landscapes.

Many have histories associated with fire or some other disturbance. For example, a number of plants spend a significant part of their time as long-lived seeds – sometimes for decades – in the soil with nothing visible above ground, and with plants only appearing for a few years after a fire.

But by far, the greatest reason for the lack of information is the shortage of field surveys of the rare plants, and the availability of botanists and qualified biologists to survey suitable habitat and accurately identify the plants. 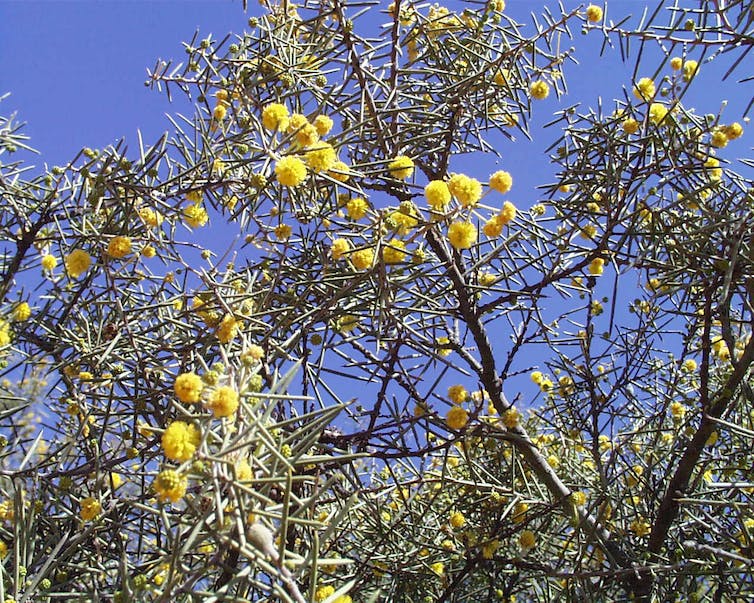 Purple-wood wattle (Acacia carneorum) is slow growing and rarely produces viable seed. Threats are not well understood but grazing by livestock and rabbits is likely to impact on the species. Andrew Denham

The continuing decline of Australia’s threatened plants suggests more extinctions are likely. But there have been important achievements and lessons learnt in dealing with the main causes of loss of native vegetation.

Our understanding of plant extinction processes – such as habitat loss, habitat degradation, invasive weeds, urbanisation, disease and climate change – is improving. But there is still a significant way to go.

Read more: How I discovered the Dalveen Blue Box, a rare eucalypt species with a sweet, fruity smell

One challenge in dealing with the causes of Australian plant extinction is how to manage introduced diseases.

Two plant diseases in particular are of major concern: Phytophthora dieback, a soil-borne water mould pathogen, and Myrtle rust, which is spread naturally by wind and water.

Both diseases are increasingly recognised as threats, not only because of the impact they are already having on diverse native plant communities and many rare species, but also because of the difficulties in effective control.

Two Australian rainforest tree species Rhodomyrtus psidioides and Rhodamnia rubescens were recently listed as threatened under the NSW legislation because of myrtle rust. 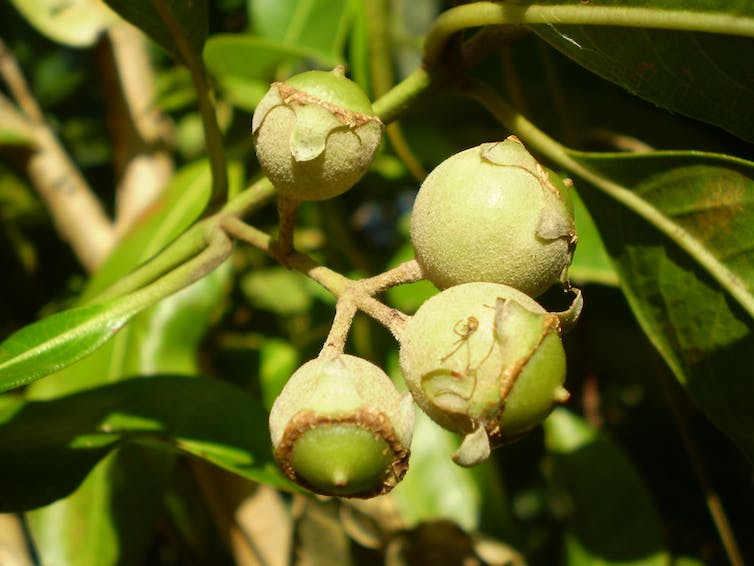 Native guava (Rhodomyrtus psidioides) A tree species around the margins of rainforest between the NSW and the QLD border. The species is has now been listed as Critically Endangered. Surveys of rainforest areas infected with Myrtle Rust found that 50 to 95% of native guava trees were killed by the disease within a few years. Zaareo/Wikimedia

While extinction associated with disease is often rapid, some individual plants may survive for decades in highly degraded landscapes, such as long-lived woody shrubs and trees. These plants will ultimately go extinct, and this is often difficult to communicate to the public.

While individual species will continue to persist for many years in highly disturbed and fragmented landscapes, there is little or no reproduction. And with their populations restricted to extremely small patches of bush, they’re vulnerable to ongoing degradation.

In many such cases there is an “extinction debt”, where it may take decades for extinction to occur, depending on the longevity of the plants involved.

But it’s not all doom and gloom. A recent study found of the 418 threatened Australian plants showing ongoing decline, 83% were assessed as having medium to high potential for bouncing back.

And with long-term investment and research there are good prospects of saving the majority of these plants.