Humans are great at living in tough places. Even before we developed modern technology, we had spread out to live in all of Earth’s continents – from the really cold areas in North America, Europe and Asia, to the hottest parts of Australia. But there are still lots of places on Earth humans can’t normally survive – like underneath the ocean, or at the South Pole.

Those places are dangerous – without protection, you would die in seconds or minutes. But, thanks to modern technology, we’ve worked out how to live there. People can live for months at a time under the oceans, or down at the icy South Pole.

How do they manage it? Well, they find a way to make the conditions there more like what we’re used to at home.

Read more: Curious Kids: why is the Sun orange when white stars are the hottest?

To live underwater, people build submarines. They’re warm and dry inside – perfect conditions for people to live in. People take food, oxygen and water with them into submarines, and use electricity to power lights and heaters. In other words, they change a cold, dark and dangerous place (deep beneath the ocean) into something like a home.

We do the same at the South Pole. We build special buildings, and dig tunnels, and make them warm and dry. The people who live there take food and water with them, and there’s extra heating so people don’t freeze in the Antarctic winds and ice.

But you can’t live in these cold, dark places forever. Humans don’t cope well if they don’t get enough sunlight, so they do need to get back to “normal life” after a while. And it’s really expensive to bring all the food, water, air and energy to these places. 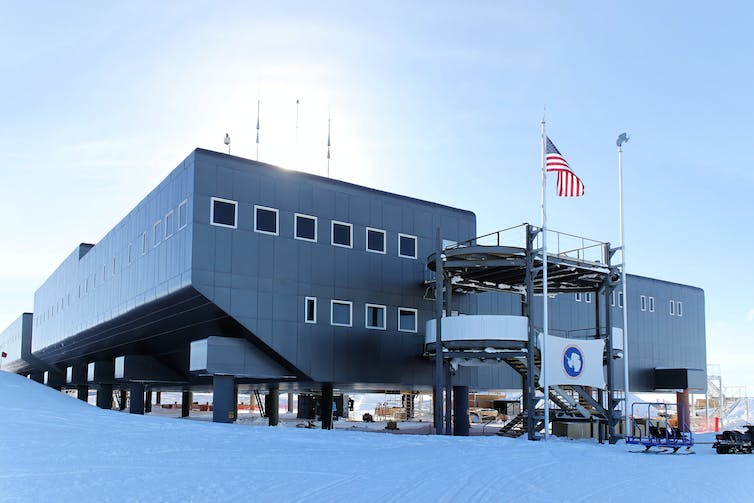 People live at the Amundsen-Scott South Pole Station all year around - even during the six month long Antarctic night! Mradyfist at English Wikipedia

Read more: Curious Kids: What plants could grow in the Goldilocks zone of space?

Space is very dangerous – and without protection, people would not be able to survive there. In space, there’s no air – so you couldn’t breathe. It’s cold – so you’d freeze. And there’s lots of nasty radiation (from the Sun, and from the rest of the Universe), so you’d get really, really bad sunburn. But despite all that, we have people living in space all the time!

There’s this amazing place orbiting the Earth called the International Space Station – and there are people who live there, all day, every day. You can sometimes even see it from your back yard, on a clear night! 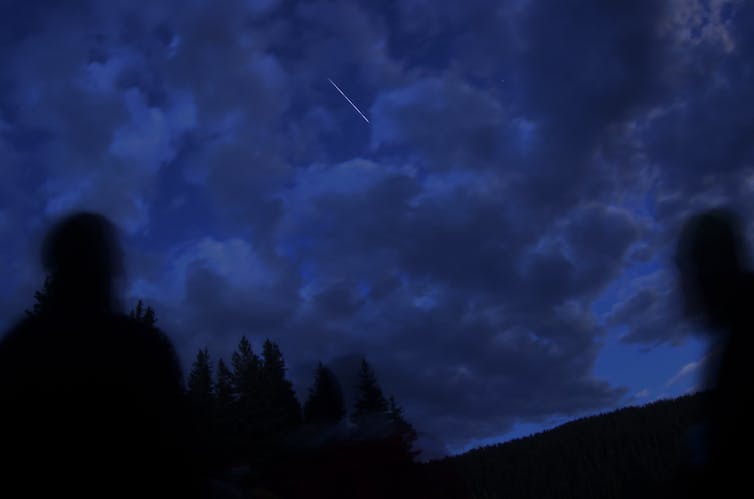 That white line is the International Space Station passing overhead. This picture was taken using a photographer’s trick called ‘long exposure’ which makes the space station show up as a white line in the night sky. Flickr/Adam Baker, CC BY 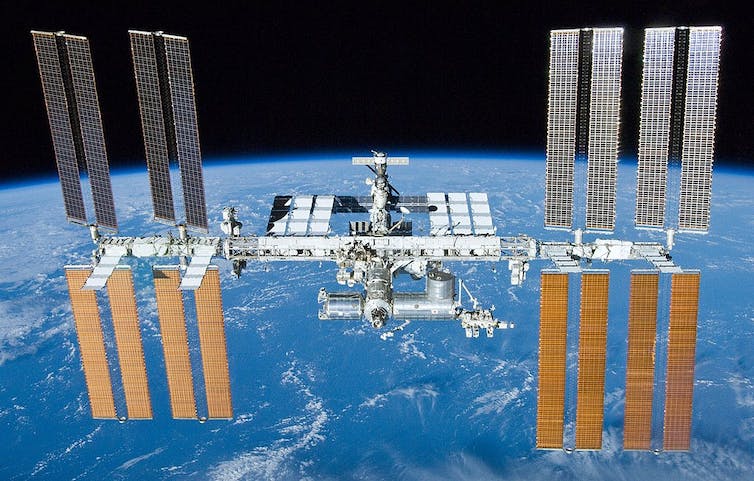 This is what the International Space Station looks like, close up. NASA/Crew of STS-132 [Public domain]

The space station is like a submarine built especially for space. A giant tin can, filled with air, and kept nice and warm – not too hot, and not too cold. It protects the astronauts from the cold of space, gives them air to breathe, and protects them from all that nasty radiation. We send up regular shipments of food and drink – everything they need to survive. 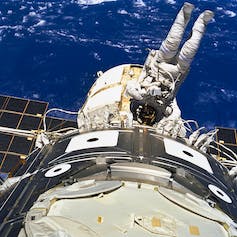 Here’s an astronaut on a space walk outside the International Space Station. NASA's Marshall Space Flight Center, CC BY

In other words – we’ve found a way to let people live outside Earth, and we do it by making the place we want to live just like home. Again, though, it’s not safe for people to live their forever, and being in space for a long time isn’t good for your body.

If people ever get to live on Mars, or on the Moon – or other places in the Solar system (and beyond) – it will be because we have found a way to make those places nice, safe and a bit more like home.

Whilst living on the Moon or Mars sounds like science fiction, people are talking seriously about doing just that in the future. It would be very dangerous, and really expensive. But who knows what the future holds?