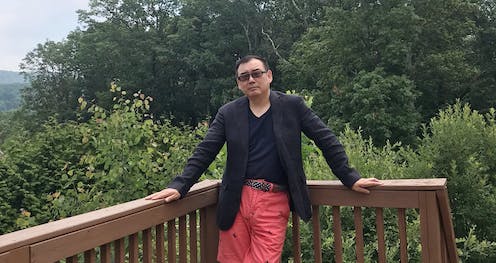 Australian authorities have been told to stop interfering in the case of the Chinese-Australian writer Dr Yang Hengjun who has been detained by China since January.

Amid reports last week that Yang was to be charged with endangering state security, Foreign Affairs Marise Paynee said he was being detained for his political views and should be released.

Yang is a member of the Australian media union, the MEAA, which backed calls for his release.

Read more: Australian writer Yang Hengjun is set to be charged in China at an awkward time for Australia-China relations

I’ve known Yang for many years – he is a former PhD student of mine – and I also believe he should be released.

The reports say Yang is sealed off from the outside world without access to legal counsel or visits by relatives, and he has been subjected to interrogations twice a day.

So what has Yang done that has led to his detention for so long? In a nutshell, Yang is a political dissident no longer tolerated by the Chinese communist regime. He is paying a heavy price as a long-standing critic of the Chinese Communist Party (CCP).

Yang, aged 54, abandoned his career as a communist cadre to embrace freedom and democracy in his middle age.

He earned his first degree in politics from Fudan University in China in 1987 and was assigned to work in the Ministry of Foreign Affairs with connection to the Chinese secret police. He was eventually alienated by his job and developed a strong interest in literature.

He resigned from his post and moved to Australia with his wife and two sons in 1999 to pursue his dream of becoming a writer. In 2002-2005, he published a trilogy of spy novels, Fatal Weakness, Fatal Weapon and Fatal Assassination, in print and online.

These novels used his own experiences and those of his colleagues to tell the soul-stirring stories of a China-US double agent who ultimately serves the agenda for neither side but works for his own inspiration and conviction to serve the real interests of the people.

But the novels did not bring him the fame and wealth he expected, because they were published in Taiwan and banned in mainland China. An attempt to turn them into movies in Hong Kong also failed.

At the end of 2005, Yang enrolled in a PhD in China Studies at the University of Technology Sydney under my supervision, starting his journey as a liberal scholar. By that time, I’d become a major contributor to the emergence of the Chinese liberal camp and Chinese liberal intellectuals.

Yang got his PhD in 2009 with a thesis titled The Internet and China: the Impacts of Netizen Reporters and Bloggers on Democratisation in China. The thesis was a timely, in-depth analysis of the complicated information warfare between the internet and the CCP regime.

As part of an experiment for his PhD thesis, Yang started his own blog (available now only on archive.org) and wrote commentaries on current affairs as a “citizen journalist”.

Yang is that rare combination of a scholar well trained in both China and the West, with a firm belief in the universal values of human rights, democracy and the rule of law.

He chose to devote his talent and passion to online journalism in Chinese, hoping to accelerate China’s transformation toward constitutional democracy. He has published more than ten million words of online articles on this theme, earning the nickname “democracy pedlar” with tremendous following in the Chinese speaking world.

Several collections of his online articles have been published to wide audience, such as Family, State and the World (2010), Seeing the World with Black Eyes: The World in the Eyes of a Democracy Pedlar (2011), Talking about China (2014), and Keeping You Company in Your Life Journey (2014).

Yang is extremely good at explaining the profound in simple terms, using moving examples in everyday life to expose the social ills of communist autocracy and promote democratic values and institutions.

In particular, he provides timely analysis on all sorts of events around the world reported in the news, revealing the stark contrast between the harsh reality and the official rhetoric of the CCP.

Yang rarely engages in social activism, although he has maintained extensive connections with some Chinese human rights and democracy activists.

Yang has long been targeted by the Chinese security apparatus, which detained him in March 2011, taking him as one of the opinion leaders who has the capacity to mobilise nationwide social protests.

He was quickly released back to Australia due to the international media campaign and the diplomatic pressure of then Prime Minister Julia Gillard’s visit to China.

Why did he not learn his lesson? Well, he did tone down his voice after 2011. Since Xi Jinping’s rise to general secretary of the CCP in 2012, Yang adopted a soft strategy of packaging his advocacy for human rights and democracy as publicising “socialist core values” promoted by the CCP.

Yang was so successful with this new strategy that thousands of his followers organised support groups via the social media app WeChat in more than 50 cities around China. These include Beijing, Shanghai and Guangzhou in 2015, when human rights and democracy activists had met with brutal repression.

In 2016, when the political environment turned from bad to worse and Yang’s blogs were shut down one by one, he closed down all of the WeChat groups and substantially scaled down his online writing.

Moved to the US

He moved to New York as a visiting scholar at Columbia University in 2017. He was able to travel to China several times and Chinese authorities lifted the ban on several of his blogs in China towards the end of 2018. This gave him the impression it was safe for him to visit China.

But during his visit this January he was detained upon his arrival.

Thousands of Yang’s supporters have been in despair, engaging in heated debates about his ordeal and its implications for political development in China.

Instead of following the international norm of presumption of innocence, the CCP regime continues Yang’s criminal detention despite the lack of evidence he’s done anything wrong.

This behaviour of political persecution and hostage diplomacy clearly demonstrates the contempt China has for human rights and international moral standards.

The Australian government and public are obligated to challenge the laws and practice of the CCP regime in safeguarding basic human rights of innocent citizens. The international community are also obligated to support this endeavour for human dignity, and thus the immediate release of Yang.