On a warm evening in early 1802, Robert Brown sat aboard the HMS Investigator describing several plant specimens collected that day. Brown was the botanist on Captain Matthew Flinders’ expedition, and they had been anchored in King George Sound for nearly a month documenting the remarkable flora of the area.

He keenly awaited the return of their gardener, Peter Good, who had left earlier in search of a curious “pitcher plant” discovered the previous morning by botanical artist Ferdinand Bauer and landscape artist William Westall.

Unbeknownst to him, in minutes he would be gazing upon a uniquely wondrous plant: Cephalotus follicularis, the Albany pitcher plant.

Named after the southwestern Australian port city around which it occurs, the Albany pitcher plant stands out as an oddity even by the standards of carnivorous plants. The species is instantly recognisable, as it produces distinctive insect-trapping pitcher leaves that sit on the ground almost expectantly waiting for prey. 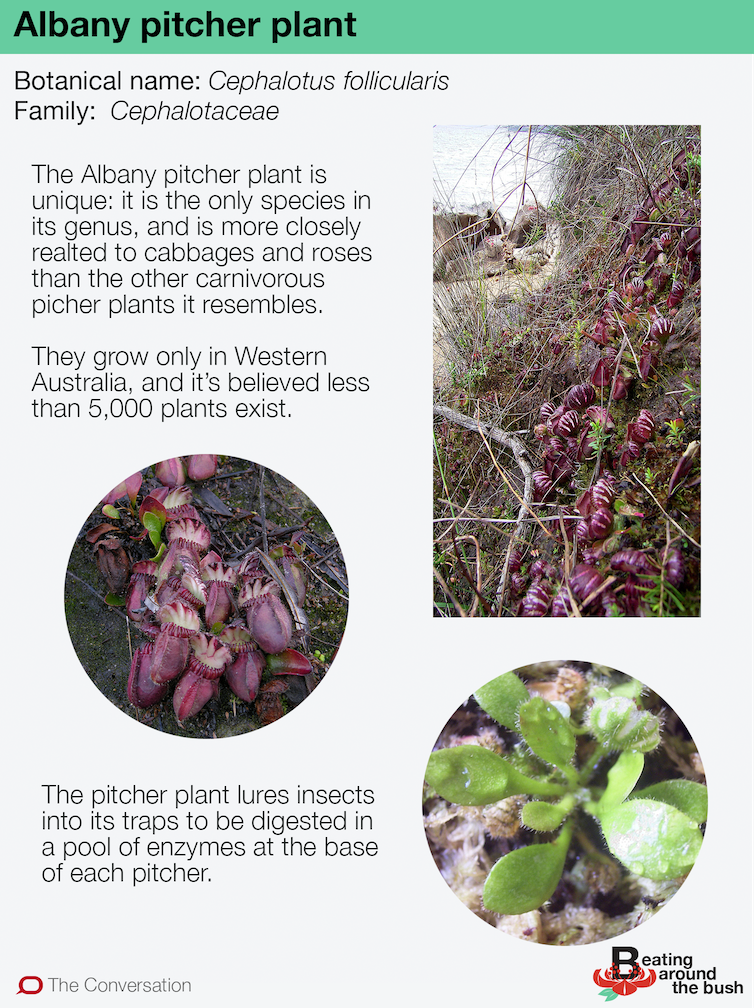 The Conversation The toothed mouth and overarching lid of these pitchers look superficially similar to those of the tropical pitcher plants (Nepenthes) and North American pitcher plants (Sarracenia). However, these plants are not related; this similarity is a remarkable example of convergent evolution. The Albany pitcher plant is unique. C. follicularis is the only species in the genus Cephalotus, which is the only genus within the family Cephalotaceae. Its nearest living relatives are rainforest trees from tropical South America, from which it is separated by some 50 million years. Indeed, it is the only carnivorous plant among the 70,000 species, a quarter of all flowering plants, that make up one of the largest evolutionary plant groups, the rosid clade. Read more: When Thailand and Australia were closer neighbours, tectonically speaking The Albany pitcher plant is more closely related to cabbages, roses and pumpkins than it is to other pitcher plants. The Albany pitcher plant only grows in a very small area of Western Australia, and is thought to be an ancient Gondwanan relict from a period when this region was almost tropical. It grows in nutrient-poor soils of coastal swamps and lowlands, where it survives by luring insects into its traps to be digested in a pool of enzymes at the base of each pitcher. Each pitcher bears a lid to prevent rain from diluting the pool of enzymes, with translucent windows to disorient trapped prey and prevent escape. Interestingly, one species of insect not only survives inside the fluid of the pitchers, but relies on it for survival. The wingless stilt fly Badisis ambulans lays its eggs in the pitchers, and the larvae develop in the pool of pitcher fluid, feeding on captured prey. 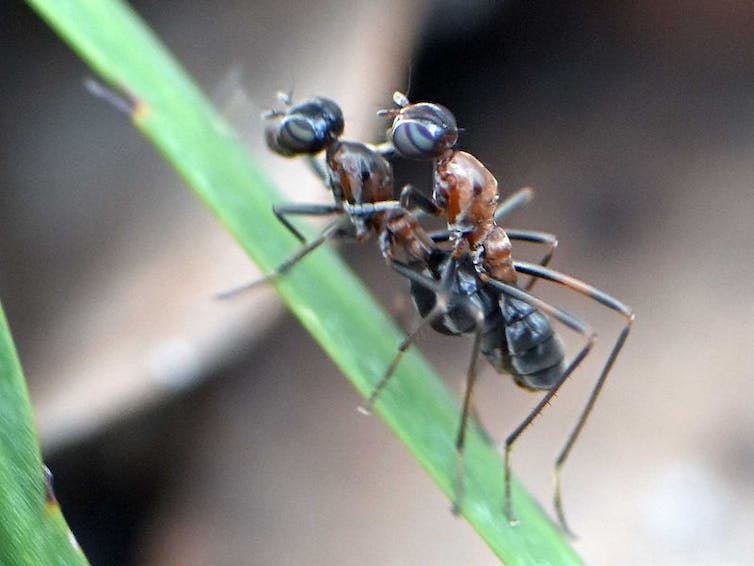 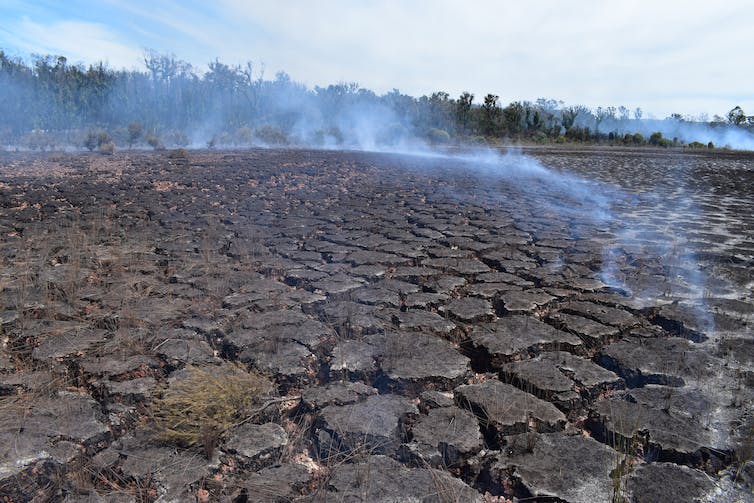 A swamp near Walpole after an intense prescribed burn. David Edmonds, Author provided (No reuse) Despite the perilous state of the Albany pitcher plant, it still has no formal conservation status. Indeed, swamps containing the species have been bulldozed for housing development in the past 12 months. But habitat loss and changes to bushfire frequency and water flow are not the only threats to this amazing species. Current projections of a drying climate in the southwest of Western Australia may see the species pushed towards extinction in the coming decades. Incredibly, the Albany pitcher plant is also at risk from poaching. The species is prized for its horticultural novelty, and unscrupulous individuals dig up plants from the wild either to grow or sell. At one accessible location where the species was known to grow in abundance, every single plant within reach has been removed. At other sites, entire populations have been dug up. Read more: The waterwheel plant is a carnivorous, underwater snap-trap Without improved conservation measures, and tough penalties for removing this incredible species from its natural habitat, the Albany pitcher plant and its complex web of insect relationships face a potentially dire future.