Australians have become much more diverse over the last few decades. In 2018, 29% of Australians were born overseas, the most it has ever been since the late 19th century.

This diversity has influenced who people choose to be in a relationship with.

This year, the Household, Income and Labour Dynamics in Australia (HILDA) Survey released data on inter-ethnic couples – couples where the partners were born in different countries – in Australia. The survey found that in 2017, around one in four relationships in Australia were inter-ethnic.

Read more: Have you found 'the one'? How mindsets about destiny affect our romantic relationships

In fact, sociologists suggest that inter-ethnic partnering is a sign of social integration and cohesion. If this is the case, multi-ethnic Australia isn’t doing so bad, with almost half of the migrant population choosing a partner from a different country, despite the language and cultural challenges these relationships may sometimes bring. 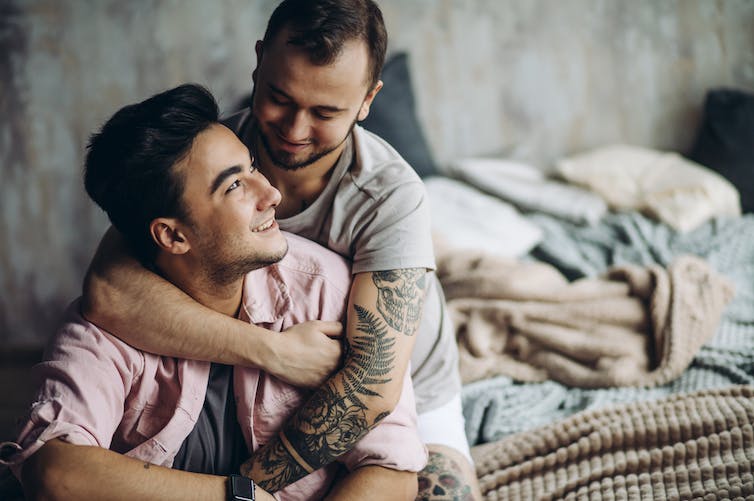 Australia’s rate of inter-ethnic relationships show Australia is an open society that embraces its vibrant ethnic and cultural diversity. Shutterstock

But before we talk about our findings, two caveats should be mentioned. First, country of birth is only a proxy measure for ethnicity since people born in the same country can be of different ethnicities, and people born in different countries can be of the same ethnicity.

Second, due to the HILDA sampling design, people who migrated to Australia after 2011 have a very small chance of being included in the study. This means the results can only be considered representative of people migrating to Australia prior to 2011.

Australia’s share of overseas-born people is among the highest in the OECD. And the range of birth countries of our overseas-born population has broadened.

In the immediate post-war era of 1947, fewer than 10% of Australians were born in a different country. And 79% of these overseas-born Australians came from the UK, Ireland or New Zealand. Now, Australians stem from a larger variety of countries, with more people being born, for example, in China, India or the Philippines.

Still, around 75% of Australian couples in 2017 consisted of partners who were born in the same country. Not surprisingly, the vast majority of these are couples where both partners were born in Australia, accounting for 56% of all couples.

Most inter-ethnic couples are made up of one Australian-born and the other born in a Main English-Speaking (MES) country – that is, the UK, Ireland, New Zealand, Canada, the US and South Africa.

Who is most likely to be in an inter-ethnic relationship?

For starters, the chances of partnering with someone from another country differ vastly by region.

Read more: We all want the same things in a partner, but why?

Yet, maybe surprisingly, there are also gender differences. Australian-born women are significantly more likely to live in an inter-ethnic relationship than their male counterparts. And in particular, they appear to be more likely to partner with someone from New Zealand or the UK.

In part, this result can be traced back to the opportunities. People born in the MES countries are the most likely to partner with an Australian-born person. And there are just more male than female New Zealanders and UK-born people around.

And a higher age at the start of the relationship, a higher educational qualification, progressive attitudes towards marriage and children, and an openness to experience, also promote inter-ethnic relationships.

Read more: 'I'm not a mind reader': understanding your partner's thoughts can be both good and bad

Inter-ethnic couples not only connect two individuals, but entire families and communities of different ethnic backgrounds. They help break down boundaries between these ethnic groups and weaken prejudice and stereotypes.

Having one in four couples being inter-ethnic is indicative of an open Australian society that embraces its vibrant ethnic and cultural diversity.