The federal government wants to boost the number of migrants moving to regional areas in Australia to fill job vacancies and reduce the pressure on our cities.

That’s why the Minister for Immigration, Citizenship, Migrant Services and Multicultural Affairs, David Coleman, this week asked the Joint Standing Committee on Migration to look into and report on migration in regional Australia.

He’s called on anyone to make a submission by September 20 and the Committee intends to hit the road for a series of public hearings.

The government says only about one in five people who came to Australia between 2006 and 2011 settled in regional areas. So what are the challenges to encourage more migrants to settle in regional Australia?

Australia is one of the most urbanised nations in the world with 67% of the population living in capital cities, with migrants more urban than non-migrants.

The two key issues for encouraging more migrants to regional areas are attraction and retention.

For skilled migrants this means new visa pathways to regional settlement. Two were announced earlier this year, the Skilled Work Regional (Provisional) visa and the Skilled Employer Sponsored Regional (Provisional) visa, both with a pathway to permanent residency at the end of three years. This is a big incentive, since permanent residency is the main goal of most temporary migrants.

Staying in the regions

The key factors that impact on retention of migrants who settle in regional and rural Australia are employment, children’s education, lifestyle, availability of services and the warmth of the welcome from locals.

Findings from a national survey of 915 skilled migrants who settled in regional and rural Australia in 2008 found about two thirds liked their jobs. 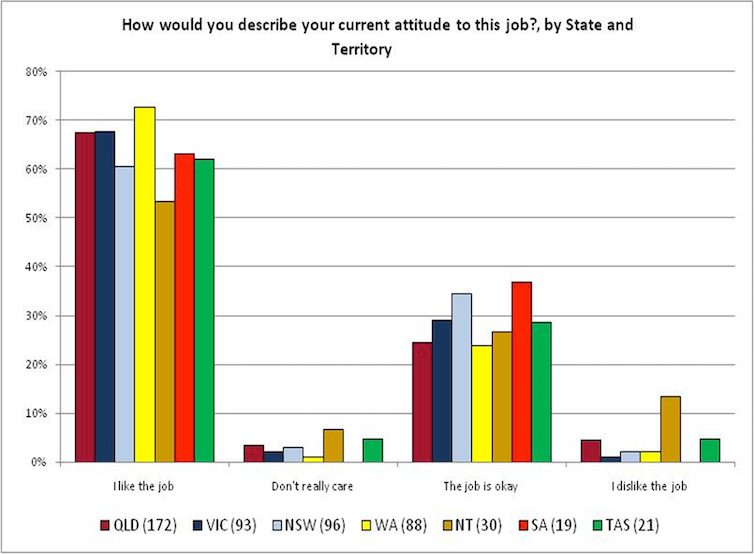 About two in three said the community had made them feel very welcome. The reputation of the Australian bush being populated with red necks who don’t like migrant newcomers is myth rather than reality. 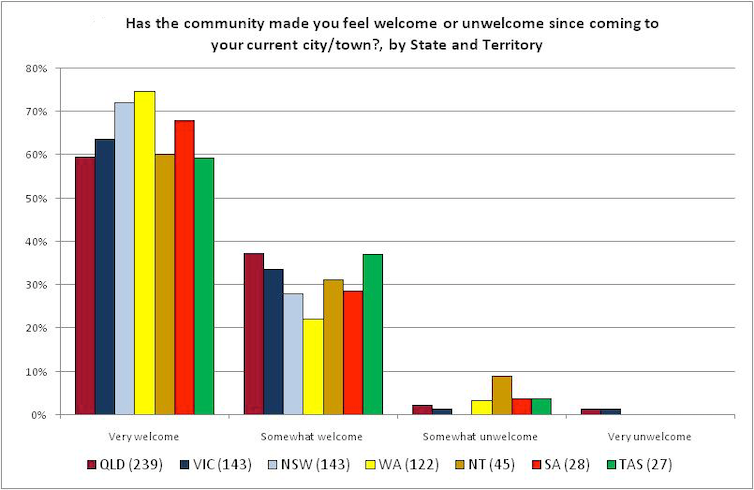 Most skilled migrants were satisfied with medical services, schools and entertainment available in their regional and rural community. Telecommunication services were rated less highly while transport services were a source of great dissatisfaction.

For refugees, their primary settlement location is decided by the Australian government. Regional cities such as Toowoomba and Logan in Queensland, Wagga Wagga, Wollongong and Coffs Harbour in New South Wales and Shepperton in Victoria have settled many refugees.

What does the research tell us about refugee migration to regional Australia? The classic success story is that of the Karen people from Myanmar who settled in Nhill in western Victoria, many of whom find employment at the Luv a Duck factory.

Research was done in 2018 with 111 newly-arrived adult refugees from Syria, Iraq and Afghanistan who settled in Queensland regional cities of Toowoomba and Logan. It found most like living there, feel safe, feel the locals were very friendly towards them and that their children had a good future in Australia. 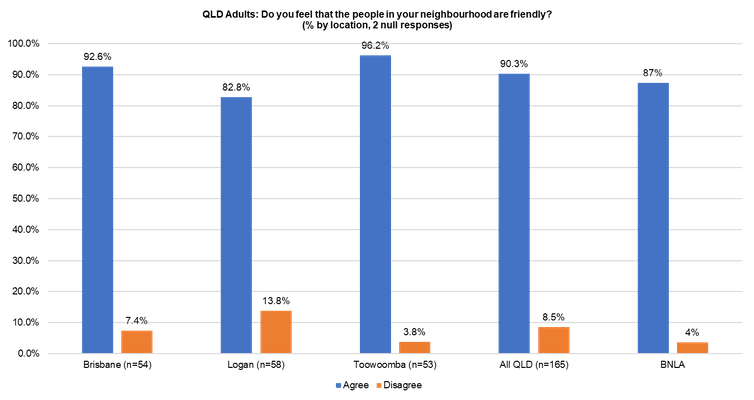 The friendliness of locals according to migrants. Jock Collins and colleagues, Author provided

Most refugees who flee their homeland to begin the risky and dangerous journey to Australia do so in order to provide a safe place for them and their family. They hope to settle in a good place to bring up their children.

The research found the migrants feel their neighbourhoods in Brisbane, Toowoomba and Logan were good places to bring up children.

Nearly all adult refugees – and their children – feel very safe in regional and metropolitan Queensland. Incredibly all of those refugee adults living in Toowoomba feel it is a safe place to live. 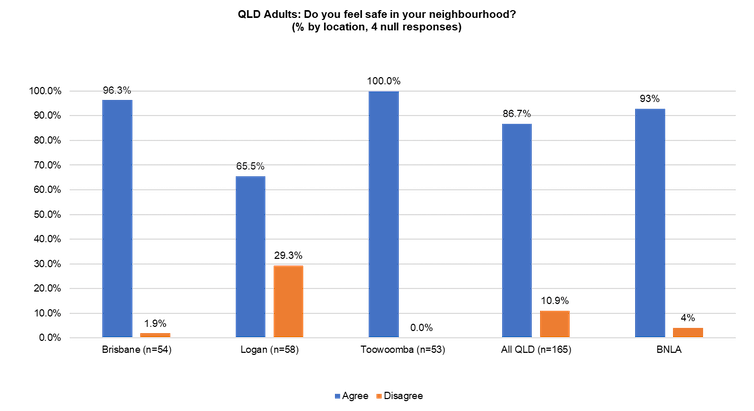 How safe migrants felt their neighbourhood was. Jock Collins and colleagues, Author provided

Employment is the real challenge for any attempt to redirect more refugees and skilled migrants to regional Australia. The critical issue for keeping refugees in regional cities such as Toowoomba and Logan is getting a job.

At first glance the research doesn’t seem too positive in this regard.

Only 13.8% of refugees in Logan and 13.2% in Toowoomba had been able to find a job in 2018. But most of these refugees had settled in the previous 12 months so most were still learning English and had not yet began looking work.

But these refugee families were also surveyed in 2019 and the improved employment results seem encouraging for refugee retention. 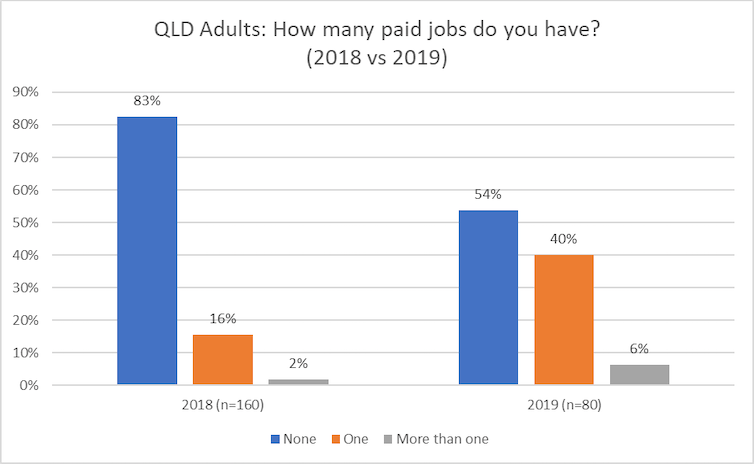 Overall the research supports the push for increasing skilled and humanitarian migration to regional Australia, with the proviso that more needs to be done on the employment front to encourage retention.

One policy that should be explored in this regard relates to migrant and refugee entrepreneurship. Many refugees have experience in running their own business prior to settling in Australia.

Read more: How refugees overcome the odds to become entrepreneurs

Supporting them to establish a business in regional Australia by introducing proven programs such as Settlement Services International’s Ignite Small Business Start-ups refugee program would assist them to create their own jobs and employment for others as well as revitalising the economy of the regional cities.

The biggest threat to increasing temporary migration to regional Australia is wage-theft and exploitative employment experiences. A recent intervention by Fair Work Australia found that of 1,300 regional businesses visited by inspectors, one-in-five (22%) were found to be stealing wages from their workers.